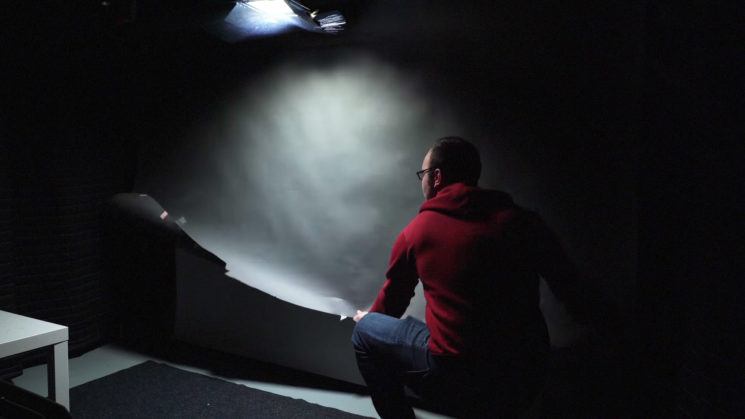 Whether for stills or video, paper backdrops are super handy, especially in a permanent fixture. But they’re also useful when setting up in a small space on location, too. There’s countless portable backdrop stands out there capable of handling paper rolls, and they’re very quick to set up.

Caleb Pike at DSLR Video Shooter has switched over from his old background of acoustic foam panels to a new, clean, paper backdrop. In this video, Caleb tells us why, and offers some tips on working with paper backdrops on set.

The main reason Caleb says he switched was to remove distractions. Caleb’s fairly animated in front of the camera, and often moves slightly forward or backward. He also brings products into the frame that he’s holding. This means he needs a smaller aperture for more depth of field. Small, dark items (which is most camera equipment) and detail can easily get lost with an in-focus busy background like acoustic foam.

Having a single solid piece of paper means that Caleb can use a deep depth of field without worrying about the background. Sure, you could do this with a cloth backdrop, too, but it’s much more high maintenance. With a deep depth of field, you’ll often see the details in the fabric, which can result in moiré. This is especially so on cameras that don’t possess an anti-aliasing filter.

They also get wrinkled very easily, and can be absolute dust magnets. So, they’re not always the best in a small space. I mostly use cloth backdrops myself for photo shoots and some video projects. But the background’s usually well behind the subject, well outside of the depth of field, so it turns into a blur. So, wrinkles and slight imperfections get lost. In a small space you often just don’t have that luxury. 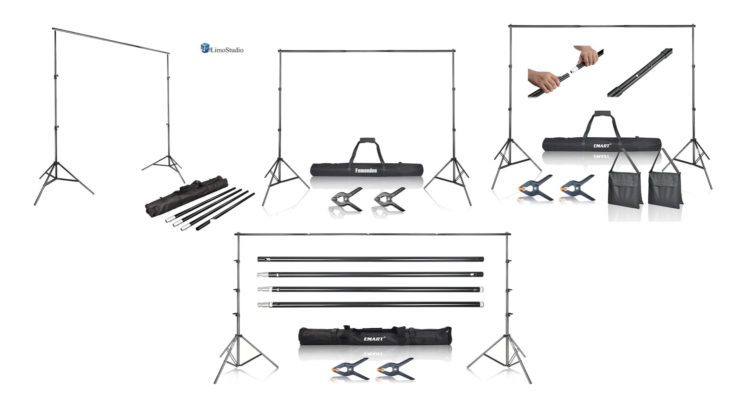 Sometimes I’ll use paper, but not often. Whether cloth or paper, though, there are plenty of portable background stand options out there to set them up on location or in the studio. If you’re regularly shooting in the same space, though, a more permanent installation is often easier. Wall and ceiling mounts let you get that backdrop further behind you, right up to the wall. Background stands often have feet which leave a good 18″ or so of space behind it.

Caleb mounts his to the ceiling using chains. It may sound like common sense, but he recommends making sure that if you mount this way, that you go into a stud or ceiling beam. You don’t want to just go into drywall. It simply won’t be able to handle the weight of a big heavy paper roll.

Whether you use stands or a ceiling mount, though, you’ll want to find a way to secure it so that it doesn’t keep unrolling with the weight of the hanging paper. On wall mounted systems, such a feature is usually built in. For background stands and ceiling mounts, the simplest solution is to simply use a big spring clamp. 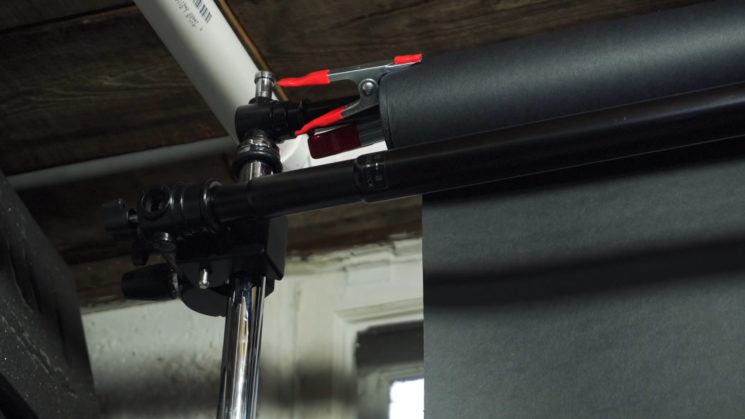 On colours, Caleb uses grey and white. In a larger space, I’d personally just recommend the white. If it’s far enough back from the lights, it’s easy to isolate it from the lights on your subject and send it to complete blackness. In a very small space, though, this can often be impossible. So, with both white and grey backdrops, Caleb can get a wider range of background brightness.

To make paper backgrounds look more interesting, you can place things between the light and the backdrop. Typically referred to as “cookies” or “gobos” they are usually cut from cardboard or foamcore. But there are many things that can go between a light and a background to make it interesting. Gels, for example, will also allow you to turn the background any colour you wish, or even create gradients of colour using multiple gels or lights. 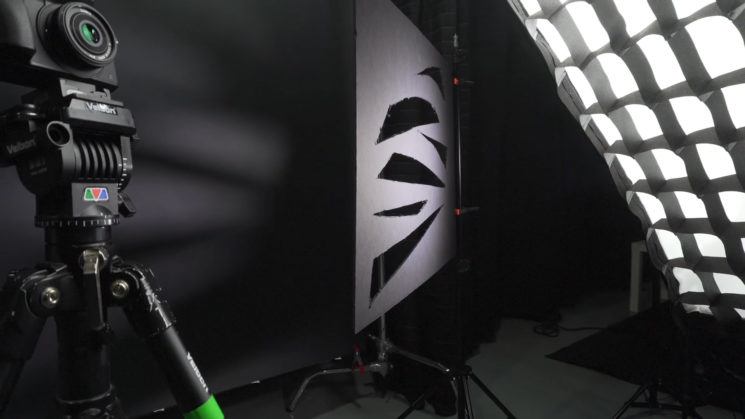 For Caleb, paper is perfect for his small studio space. And it definitely cleans up the shot. 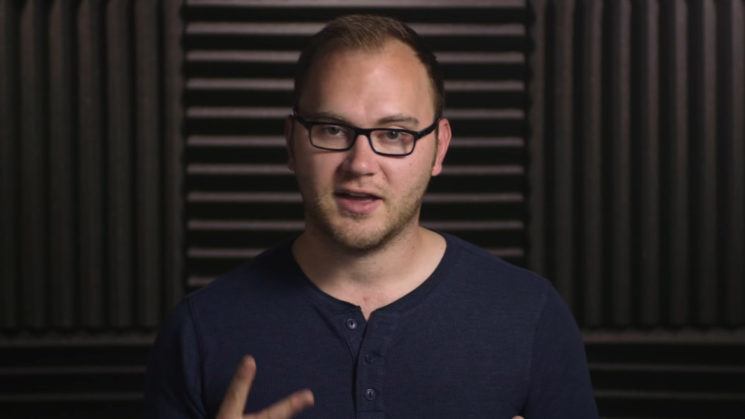 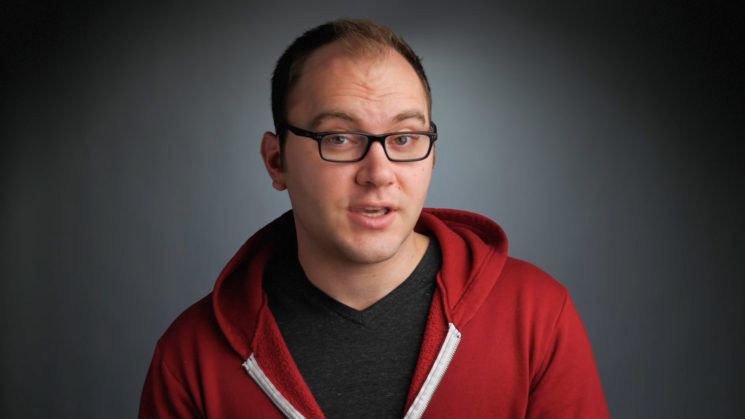 Ultimately, backdrop choice, whether it’s paper, fabric, vinyl, popups or something completely different, is entirely personal. There are advantages and disadvantages to every option. But, paper is extremely practical for many circumstances where other options may not be.

Two DIY backdrops that will save you both money and space