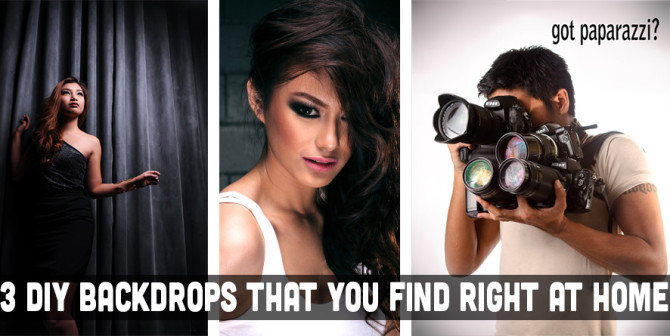 When I started photography I was very interested in learning everything I can about studio photography. Obviously, I didn’t have a studio back then, so I needed to work with what I had to create photographs that looked just as good as their studio-taken counterparts.

Here are three different backdrops I used to create a high-end feeling to my photos. You can find them all in your house. Plus an additional cool background you can use which is made out of tarpaulin.

I took the photo below about 5 years ago and uploaded it to my Flickr account. It got almost 40k views really fast. I was pretty happy as back in the days flickr views were considered the authority of what is popular. It’s been my logo and my profile picture ever since. This was actually the first time I took a shot with an On-White photograph. I only had 2 speedlights back at the time (An sb-600 and an old SB-24 Nikon flashes). I had no lights stands, no backdrops and no modifiers so I needed to use whatever was on hand. 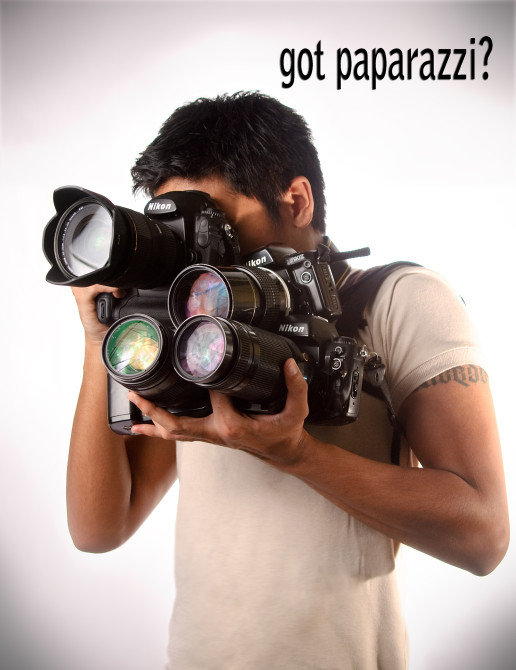 For the modifier, we had a plain old umbrella and the inside was a little bit reflective and silver(ish) which was perfect because I could use it as my reflective umbrella. I just taped it to my tripod and placed my sb-600 there as my main light. (Please don’t kill me). 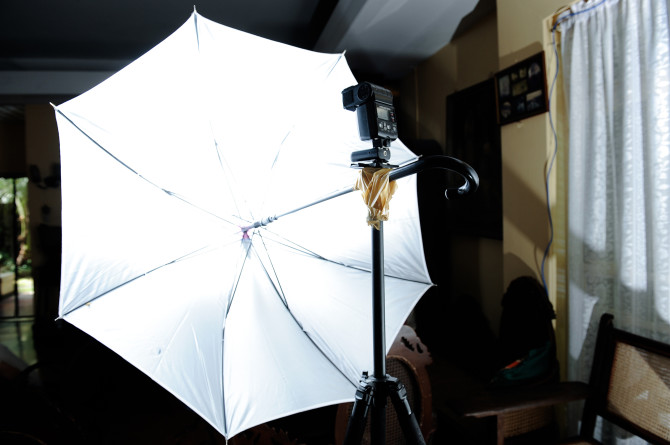 For the backdrop, I took a white shower curtain and taped it to the door. I placed my sb-24 on the floor and pointed it upwards towards the shower curtain. The trick here was overexposing the background light. This makes your background pure white (or actually blown white) and takes all the wrinkles out. Another thing you can do if you can’t re-use a shower curtain, is simply use any white sheet or white wall for your background. 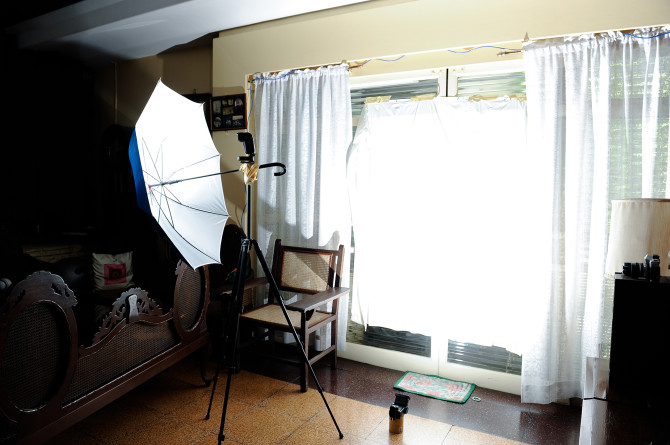 I now have my own studio at home but before I reclaimed it, it was a part of a garage. It had yellow, cement walls on one side and plain plywood on the other. When we made the studio I had a choice of putting plywood to block the cement wall or keeping it. I really liked the texture of the wall so I insisted on keeping it. 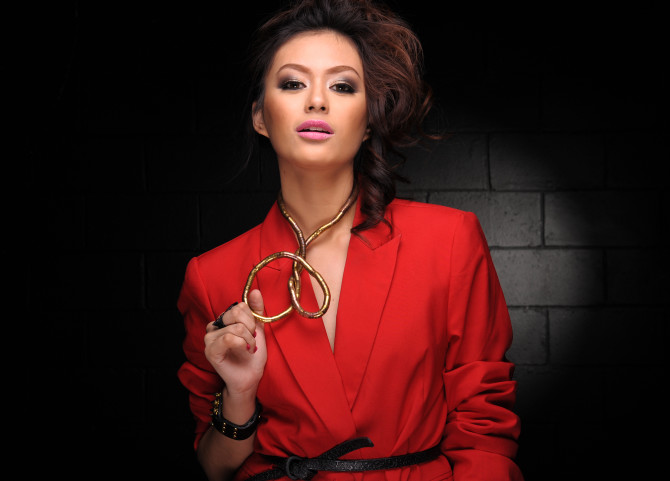 The only problem I had with the wall was it was colored…. well…. yellow, so even before I built a studio around it, I painted it black so that I can shoot against it. 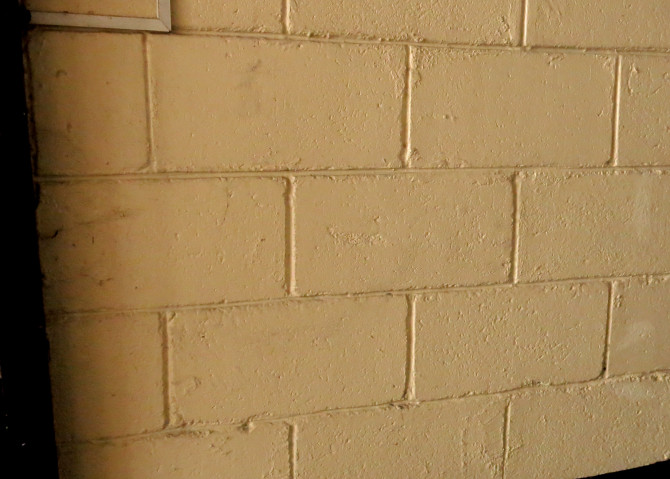 The color of the wall in our garage before 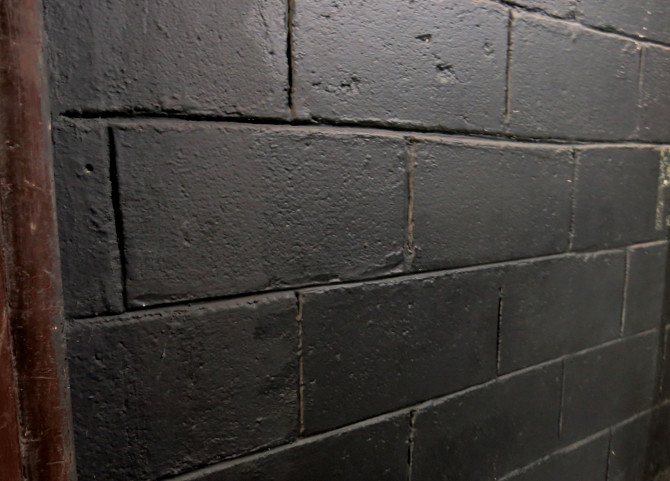 After painting it black

The wall is now part of my home studio, with the seamless white rolled just above it. I can easily alternate between the two, simply by rolling the paper up. 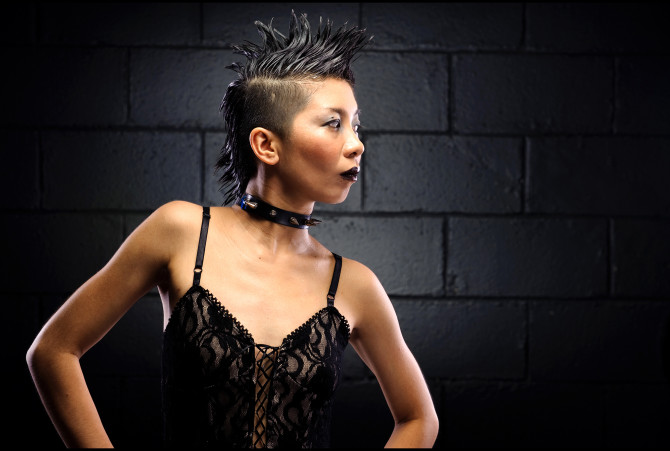 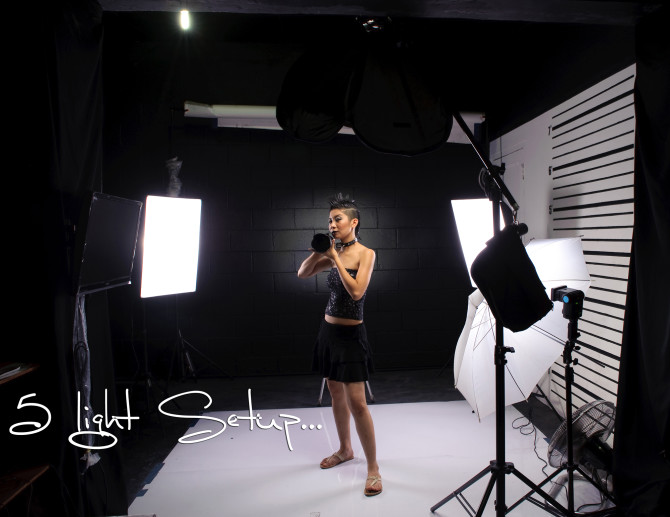 The Setup Shot for this shot: My main light was directly above the subject,  I had an umbrella on the right for fill. Two studio strobes with softboxes back left and back right provide kicker lights, and a bare studio strobe at the back of the subject pointing at the background provides the gradient effect. 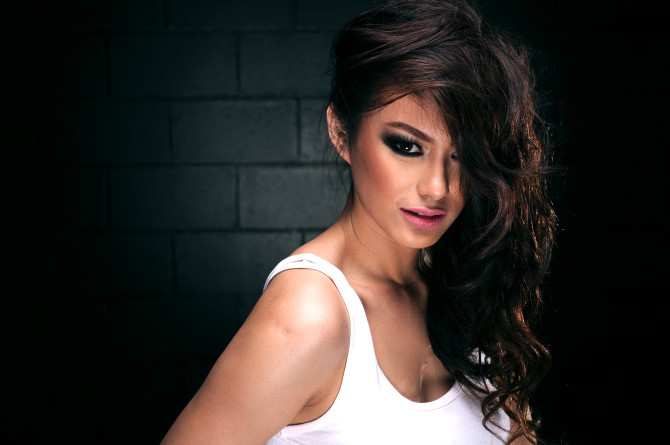 Another shot using the black wall that used to be part of the garage.

We have this big curtain that I never paid any attention to. Until one day I tried using it as a backdrop. It’s been one of my favorite backdrops ever since. This specific one is made out of grey velvet, but any plain curtain will do for this trick. I wanted to create some patterns in the background, so instead of spreading out the curtain, I compressed it to maximize the amount of folds.

To emphasize the folds I placed my main light (a softbox) to one side, pointing almost directly sideways. This setup creates strong shadows on the background. 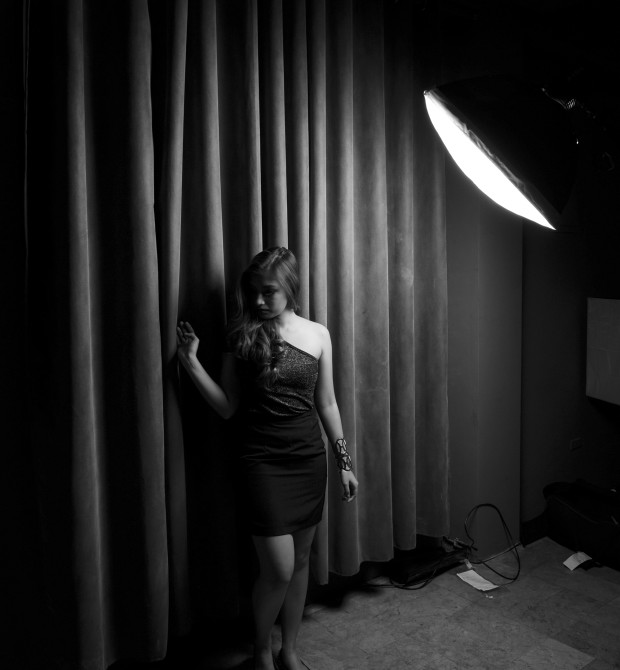 The Setup Shot. One mainlight placed on the right side to create shadows on the background. 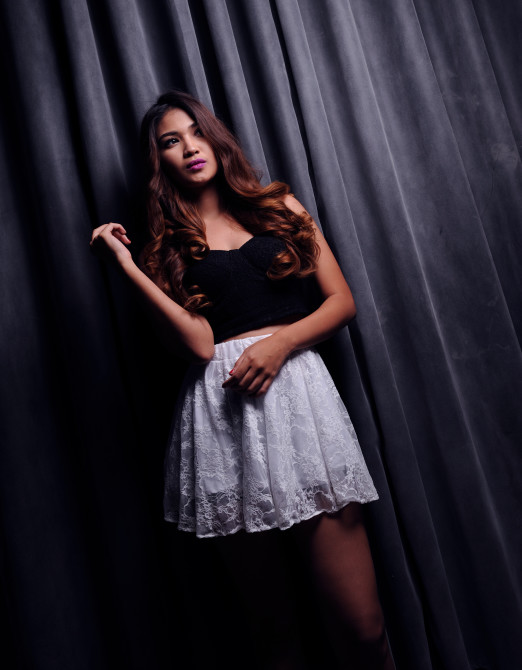 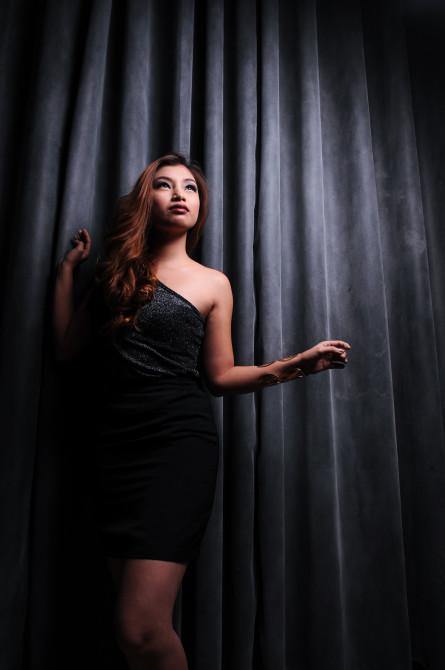 A tarpaulin is not really something you find in your house but is very affordable so I wanted to add it to the list. I saw a nice damask design on the net and really wanted to use it as my background, it was very expensive to have it printed as a wallpaper (+ I don’t think we have this kind of service locally) so the cheapest way to use it for my background is to print it as a tarpaulin. I asked the local printer here if they can print it on the Matte side of the tarpaulin, it was matte but still reflected some light so I needed to place my kick-butt 4 feet ringlight a little farther away from the background. Here is the result. 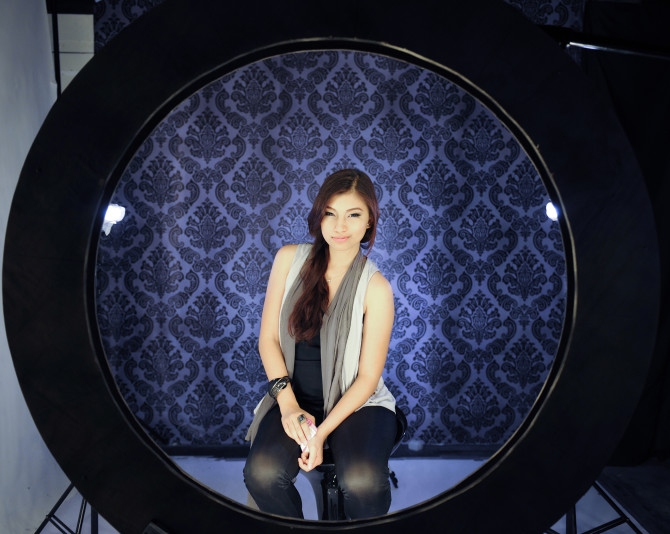 The Setup shot for the tarpaulin background. Using the 4 feet DIY ringlight. 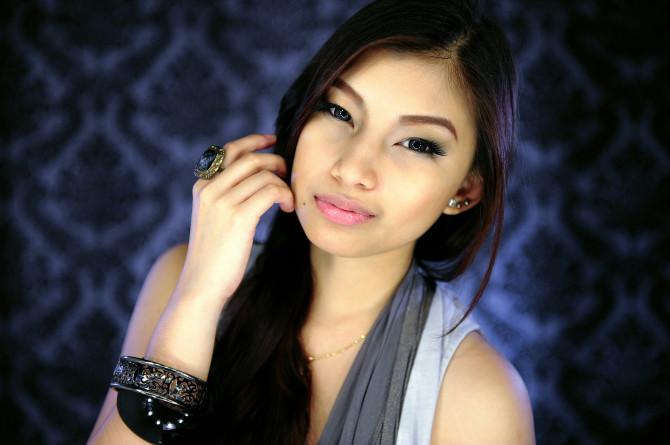 Sometimes the things we need are just inside our houses we just need to open our eyes to see it.

« LAPD Reaches Out to Social Media and Launches a Crowd-Sourcing Tool For Gathering Photo and Video Evidence
Comparing Video: a $600 Galaxy Note vs. a $3500 Canon 5D Mk III Is Pretty Surprising »