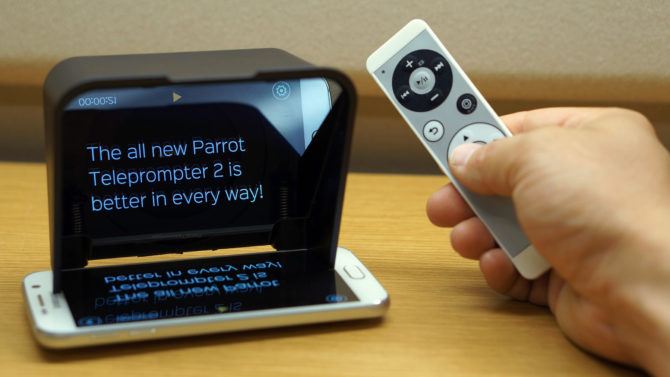 As somebody who speaks to camera now and again, having a script is great. But, I still mess up lines and may end up shooting the same few sentences half a dozen times each. That’s a lot of wasted time, and more footage than I want to have to sift through in post.

So, teleprompters are amazing, but they can also be expensive ranging from a few hundred dollars to over $10K. The Parrot Teleprompter 2 is an exceptional and very inexpensive solution to the teleprompter cost problem. Built for the smaller cameras many of us use for video today, the Parrot 2 utilises your mobile phone to display the content.

The original Parrot Teleprompter was very successful, but it wasn’t perfect. Well, they’ve listened to the feedback and have made some pretty big changes with the new Parrot 2.

For a start, as mobile phones have grown, so has the Parrot. While larger phones like the iPhone 6S Plus or Galaxy S7 Edge will work with the original Parrot, it doesn’t quite utilise the entire screen. The extra width of the new unit means that you’re not having to mess with margins to make it fit. 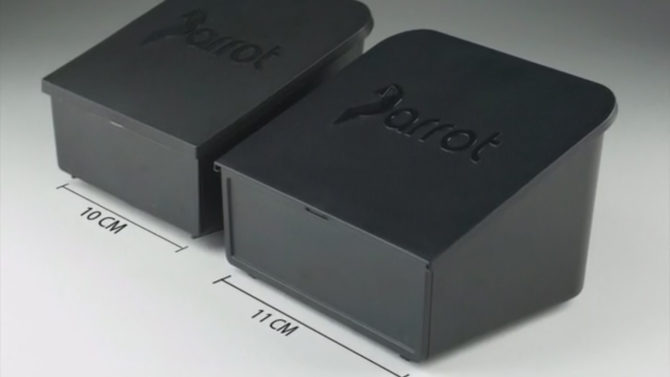 The extra width also means you can shoot slightly wider than you could before without the Parrot appearing in the shot.

One of the issues reported with the original Parrot was the way in which the reflective glass was attached to the unit. It made it difficult to take out to clean and very rough transport could potentially allow it to fall out.

The Parrot 2 holds the glass in with clip tabs along the edges of the glass. These hold it securely when you need it to, but also allow you to easily remove it for cleaning or replacement. 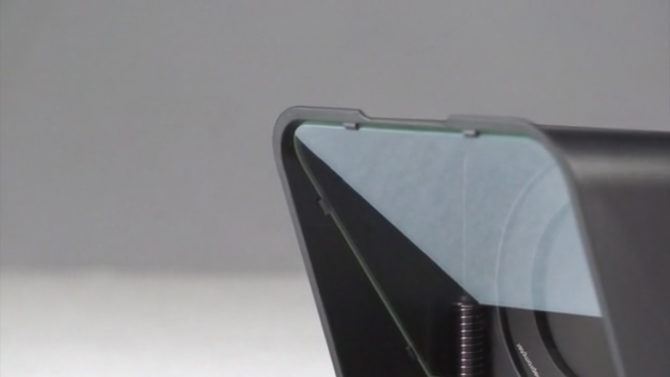 Several apps are available to turn your phone into a teleprompter. Parrot also have their own free app for both iOS and Android, which many rate as being the best. A new wireless remote control is also available, allowing you to quickly scrub through the text to find your position.

With the design now finalised and the moulds made, production is the next step. To get that going, a new kickstarter campaign is now live where you can order yours now.

It’s a fantastic solution for small independent filmmakers, as well as YouTube content creators. I’m looking forward to getting my hands on one of these at some point. For now I guess I’ll stick to gaffer taping notes on my tripod.

Do you use a teleprompter? Have you been thinking about getting one?  Is one even useful for you? Let us know in the comments.

Getting The Shot – Photographer Shagged By A Rare Parrot

« The dangers of getting lost for your photography
Photoshop Power Tip: photograph objects over flour to give them a cracked look »