If you have lots of lenses, getting them all stored and neatly organized can be a drag. Personally, I use a cupboard but swear every time I need to get to one of them lenses that are on the back line.

Flickr user Stargazer95050 found a super clever way to organize his lenses. It seems like he is obsessed with organized lenses, this is his second clever Lens storage solution, The first one was using a cutlery tray. So aside from IKEA stopping to make the cutlery tray, he also needed a way to quickly move the lenses to his van while retaining easy lens access. 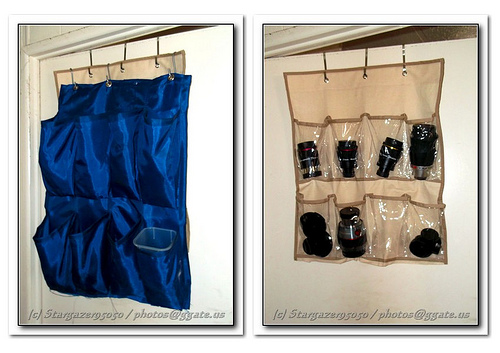 Enter, the Shoe Organizer. It is light, protected and can be easily transported from wall to wall, which is a key function if you move your lens collection in and out of a van to shoot stars. 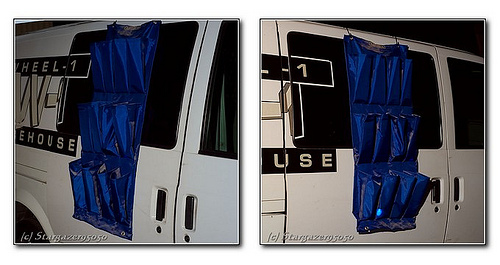 Now, the IKEA one that Stargazer uses is discontinued (they had it here in the bargains dep.) but he found an nice over the door replacement.

“Initially I have set this up for astrophotography so I can grab & store lenses and oculars without the need to fiddle around in boxes and ruin my night vision with lights. But as I was using it I recognized more useful applications — especially when shooting e.g. landscape or events/fireworks, you may want quick access to your gear ==> imagine that on the side of your car’s door while up on Hawk Hill — IMHO, that is a pretty helpful lens tray. #