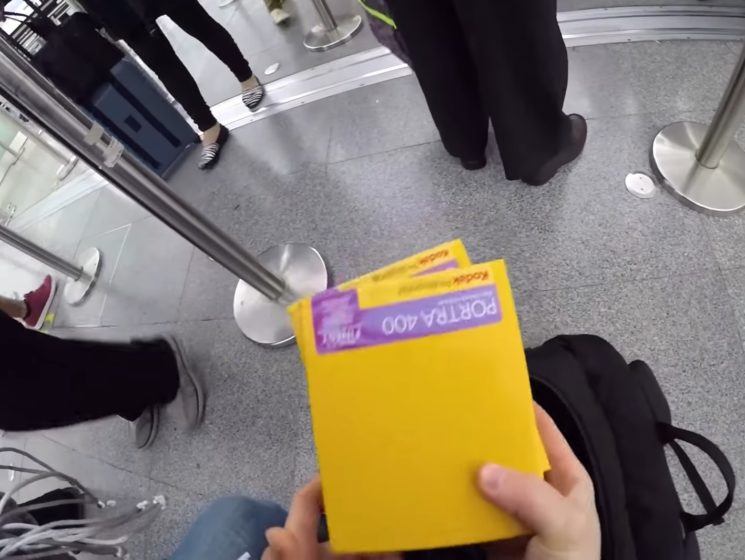 X-ray has certainly brought a revolution and it’s a very useful invention. However, the X-ray and photographic film aren’t exactly best friends. If you travel by plane, you know that your luggage needs to go through an X-ray scanner.

Unfortunately, the X-rays can do damage to every unprocessed film, including the one already in your camera. The images you develop from such films will be foggy, grainy and with dark or light patterns and patches. This is why you need to protect your film and make sure that it doesn’t get scanned on the airport. Mark from the Analog Process will show you how.

When you travel by plane and carry unprocessed films with you, the first thing to do is make sure you don’t put them in the suitcase. Put the films in the carry-on so they are near you. Along with the films, keep a film changing bag in the backpack. You will need it in case the airport security wants to unpack the films, and you surely wouldn’t like to expose them.

Another great tip from Mark is to surpass the language barrier. If you travel to a country where English is not spoken, ask them in their native language to hand-check your films and not to scan them. Don’t worry, you don’t need to learn a new language for this. You can do it by preparing a note with this message in their language, and carry it with you. Make sure to have it near you, so you can show it to the security without digging through your backpack. 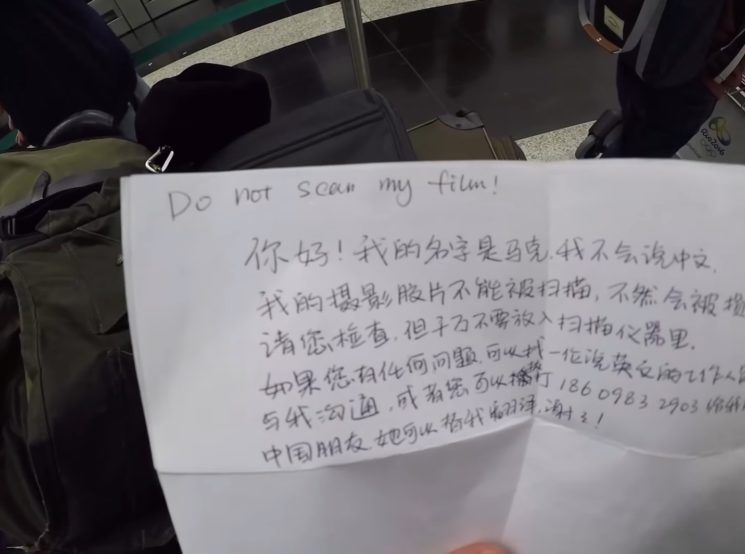 Have you ever had your film scanned by X-ray scanner? What were the photos like? Would you add some more tips for saving the film from the X-rays? Or maybe for getting the best out of the films that got irradiated? Let us know in the comments.

« Casio launches a 1.9MP camera that will make even the darkest places seem bright
A peek at some of the rare Nikon gear at the amazing Grays of Westminster »