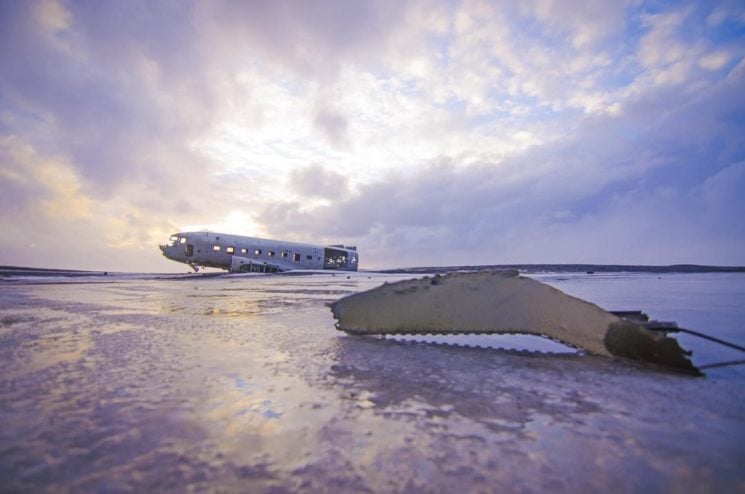 The Icelandic police (Logreglan) are investigating the tragic death of a Chinese couple close to the famous DC-3 plane wreck at Sólheimasandur, south Iceland. The couple was found 150 meters apart. They were on the trail between the parking lot and the plane, which is 7.4 kilometers long.

There is no official announcement for the cause of death yet. I speculate though, that it has to do with the severe weather conditions in the area. During the past week, Iceland has had a massive weather system coming through. Extremely strong and cold winds along with thick snow have also resulted in avalanches in the Westfjords.

The DC-3 plane wreck site has become an Instagram hotspot in recent years. Interestingly, the site is completely unmarked, which kinda makes you wonder how people got there. Apparently though, there was enough traffic to get the landowner to create a parking lot nearby. He also marked a trail with a simple series of small marker posts, and removed vehicle access to the area to save the delicate Icelandic terrain.

The wreck was featured in music videos and movies, (notably Justin Biber’s “I’ll show you“) and has received an incredible amount of attention off the back of being featured on the accounts of influencers and big brands on social media.

This recent tragedy is still raw, and the investigation is ongoing. This tragic death tough, raises the question: how did this attraction actually come to rest on this volcanic expanse of black-ash sand, miles from civilization in the south of Iceland? What is the story behind the wreck at Sólheimasandur that so many tourists and photographers have on their bucket-lists?

This hulk of aluminum is likely one of the most recognizable historic aircrafts around. it is practically a symbol of the might of the United States military. This particular aircraft belonged to the United States Navy before it started to become dented and bruised. understandably, after it has been standing up against the Arctic elements since the 21st November 1973.

I met with Thorir Kjartansson, a member of the search and rescue team in the area, on a brisk winter morning in Vik to discuss how the plane ended up in this desolated spot. Thorir told me exactly what happened, and he knows because he was there.

The Icelandic Search and Rescue teams are among the best in the world in these harsh conditions, and the team is very strong, staffed by many skilled volunteers across the country. Thorir was one of the first responders on the Search and Rescue team when the aircraft crashed. Here’s what he told me: –

I was there the day the plane crashed. It was because of icing in the carbeureteur. They didn’t run out of fuel as most people think, the tanks were full. They landed on the beach on purpose because they had failures, and the beach at Sólheimasandur is large and flat. I was on the rescue team. The rescue team here is not a full time job. They’re volunteers who do it in their free time.

When we arrived the crew had already left by helicopter from the army base at Keflavík. I never met them. The plane was intact but the Americans took the motors, the wings, the instruments, and a little bit more. They spent two weeks collecting what they wanted and after that they didn’t come back again. The canopy, the nosecone, the tail, they were all still there.

The plane just lies there now, it’s hard to say who the owner is today. The farmer is the owner now, it’s been left on his land for all these years. It’s been there since 1973 so the Americans obviously don’t want it. The rescue team gave us the fuel. It was several hundred litres and we used it to run our snowmobiles for a long time. I think they took the tanks for the fuel and moved them several hundred metres from the plane and destroyed them. I have never found them but they are there somewhere. I’ve been back several times but not so often anymore.

I took photos of the plane just after it crashed. I love to take photos and you will always find me taking new photos. The northern lights are my favourite thing to shoot.’ 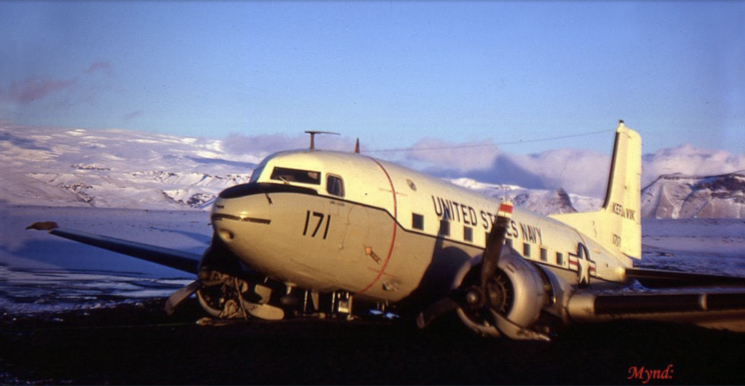 Thorir took the above was. If you’re ever in Vik, Iceland, visit the wool shop. You’ll see his images adorning the walls and his videos running on the screens. It was an absolute pleasure to meet him and discuss his experiences from that day, and his passion for photography.

The incident that caused this interview to resurface is tragic. It serves as a reminder to all of us to keep ourselves safe in our quest to create amazing images. We must keep ourselves safe and be aware of the conditions we set out in. Iceland and other Nordic destinations are more popular now than ever. When setting out to shoot in Iceland be aware of this local saying: If you don’t like the weather in Iceland, just wait five minutes. This makes it clear that the weather in Iceland is ever-changing. The weather can change from bright, sunny skies to pounding blizzards very quickly and unexpectedly.