Photographer Eric Hines went to Iceland for a 17 day, 4000 mile trip during which he captured some of the most beautiful timelapses of the country. 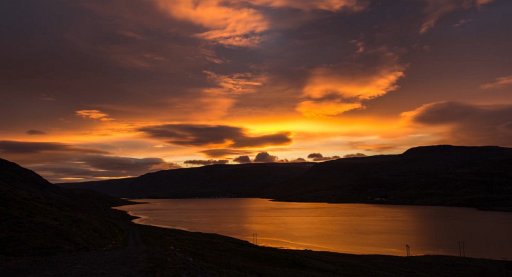 We asked Eric a few quick questions, but first, sit back, go full-screen, turn the Volume up and hit the jump for the video.

DIYP: how did you plan the trip location-wise?

EH: To plan out the locations for the trip, we used Google Maps, and different brochures from the areas to figure out the route we were going to take around the country and which spots we were going to hit. Luckily, a friend of mine had been there before shooting, so he saved us the maps to go over when we got there. Because we only had 17 days, we didn’t have much time at the different spots we hit. Many times we would also get to a location and the weather wouldn’t be right, so we would either wait it out or move on to the next, hoping it would be better there.

DIYP: What was the most challenging shot of them all?

EH: I’d say the most challenging shot was the 3 axis move at Dettifoss, 2:28 – 2:33. To get to the spot with all of the gear wasn’t as much as a challenge of strength, but of endurance and patience. There were these swarms of small flies that would just fly around your face, land on it, fly into your eye, they just didn’t care. Having both hands full, one with the Kessler 5ft Cineslider, and a heavy Pelican case with the CineDrive in the other, I had no way to swat these things off of me. I would have to stop every 20 feet or so and deal with them. This made this location a bit more frustrating to get to than most of the others. When I finally got to the edge of the 150ft drop, the spray of the falls was enough to keep the flies away, allowing me to set up my gear in peace.

DIYP: How does a moving timelapse setup looks like?

EH: Many of the shots in the piece are 3 axis timelapse set ups. To achieve this, I would set the Kessler Cineslider up on tripods for the sliding motion, and then mount the CineDrive Pan/Tilt head to that, giving me the ability to program the moves I wanted to do with the system. Here are some pictures that illustrate that setup. 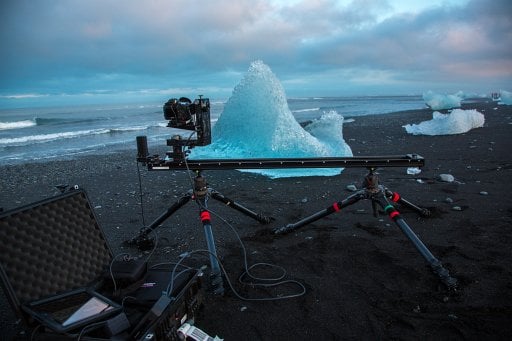 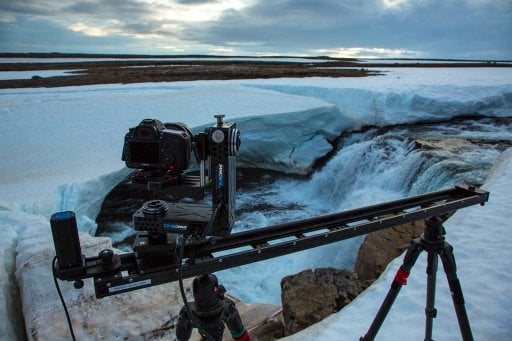 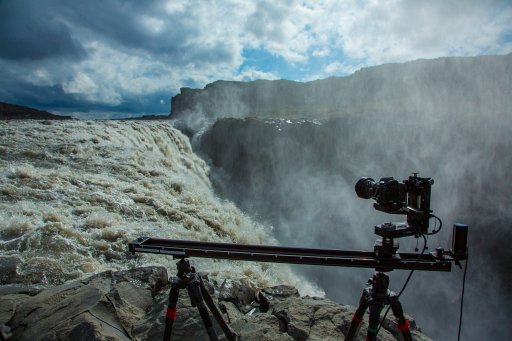 DIYP: Can you give any advice for someone who is just starting out with Timelapses?

EH: My advice to anyone starting out in timelapse is to just keep going at it and experimenting with different ideas. When setting up a shot, you only have an idea what it will look like in the end. When you finally process that shot, you see things that you didn’t in real time. This makes timelapse one of the most exciting things to shoot in my opinion. Not only that, but timelapse is one of those things that someone can do even with a limited budget. For basic shots, all you need is a camera, a tripod, and a remote shutter intervalometer. With these tools, you have sequences that are comparable in image quality to some of the top cinema cameras in the world right now.

P.S. Eric did other wonderful videos, check out his Cityscape Chicago one (keep it on full screen)

Learn how to pack for a photo expedition like a pro

« Lytro Behind You, KaleidoCam Enables Post Production Re-Focusing, Re-Exposing And Re-Polarizing
Getting A Dark Cinematic Look At Mid Day With Hypersync And ND Filters »