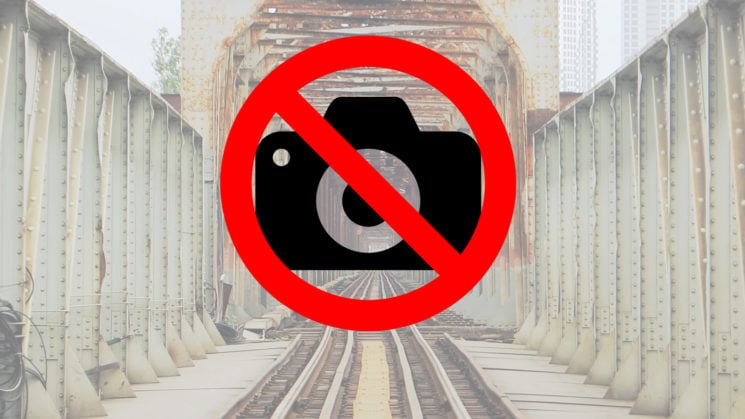 It’s not even unusual anymore to see people risking their lives and health for Insta-worthy photos. But in the light of a recent tragedy, when a teenage boy got killed by a train, it’s saddening and alarming to see people still taking photos on train tracks.

The place that got under the spotlight lately is Long Bien Bridge in Hanoi, Vietnam. Tourists have swarmed the bridge lately, many of them taking photos on train tracks. They also weave through heavy traffic to get the perfect photo, putting the lives of themselves and others in danger.

It appears that the Long Bien Bridge got popular after cafes on “Train Street” got closed down last month. According to the authorities, this tourist photo destination in the Old City had been posing a danger for human lives. People would visit the cafes near the train tracks, but of course, also take photos not minding about their safety. The last straw was on 6 October, when a train traveling through Hanoi was reportedly forced to re-route due to too many tourists on the tracks.

However, the visitors have quickly found a replacement to the photogenic “Train Street.” They are now all over the Long Bien Bridge, taking snapshots and selfies, and hoping to get many, many likes. At the moment, there are nearly 19K posts under #longbien and 17.5K under #longbienbridge on Instagram. Naturally, most of them feature people on the train tracks.

Although the bridge is 120 years old, it’s still in use, and dozens of trains cross it every day. Furthermore, people use it to commute, mainly on motorcycles, so the traffic can be pretty heavy. And yet, the tourists climb over the safety barriers to get to the train tracks and take their snaps. They weave through the traffic just to take selfies. Nothing can stop Instagrammers hungry for likes!

A visitor Nguyen Thi Mai Huong told the VN Express that she feels that doing all this is very dangerous. However, she also wants “a beautiful photo album” so she believes that “it deserves some sacrifice.” Sure, putting yourself and others in danger seems like a reasonable trade-off for making a beautiful photo album. Or for getting likes on social networks (feel the sarcasm).

One may argue that no accident has happened on the Long Bien Bridge yet. But I’d say that the keyword here is yet. With thousands of people visiting the bridge and acting like a mindless horde of zombies, this is an accident waiting to happen. And I’ll remind you once again, as I already have dozens of times: taking photos on train tracks is dangerous. Please stop doing it!

Selfie-takers cause “zombie apocalypse” at an Ontario sunflower farm