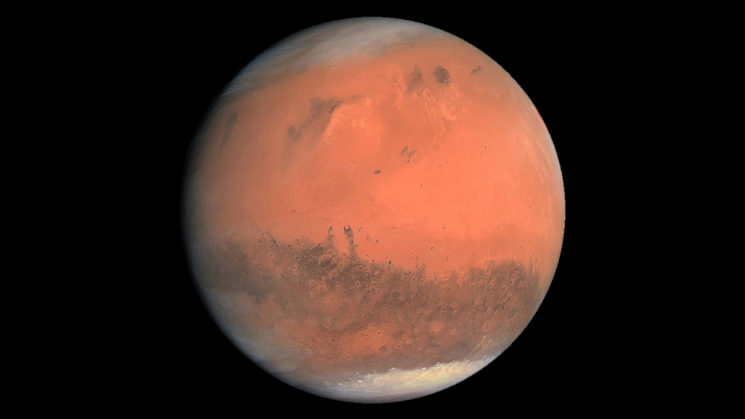 Have you spotted that huge, bright, red object in the starry sky these days? That’s our neighbor Mars. Right now, it’s the closest to the Earth and it’s at its biggest and brightest. So, it’s now the perfect time for astrophotographers to get some awesome photos of the Red Planet.

This year, Mars’ opposition occurs on Tuesday 13 October.  The Earth, Mars, and the sun will be in a straight line at 23:20 GMT (00:20 BST). Still, you don’t have to stay up late to see the big, bright planet in the night sky. “At nine or 10 o’clock in the evening, you’ll easily see it over in the southeast,” astrophotographer Damian Peach told the BBC. “You can’t miss it, it’s the brightest star-like object in that part of the sky.” And indeed, you can easily spot it with the naked eye. You can also see some details even with a cheap toy telescope like the one I told you about.

The record opposition of our time happened in 2003 when Mars was only 56 million km away from Earth. That’s the closest opposition in nearly 60,000 years! According to NASA, this record will stand until 28 August 2287. For comparison, the distance between the two planets at opposition can be over 100 million km.

Although Mars is the closest to Earth around the opposition, it was Tuesday last week that the two planets actually made their closest approach in this cycle. They were 62,069,570km (38,568,243 miles) apart, which is the closest they’ll be until 2035. Still, don’t let this discourage you. Mars will surely remain bright and visible this week, and use your chance to take some photos if skies are clear.

Flickr starts deleting your photos tomorrow if you are over the 1,000-photo limit