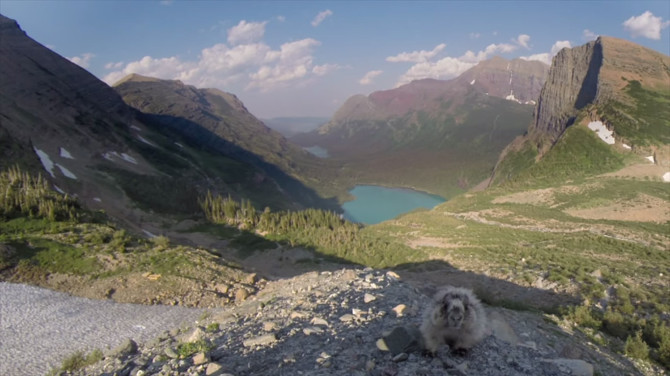 With all these cute animals becoming really curious about GoPros, I’m starting to think capturing quirky footage of our inquisitive animals friends is like shooting fish in a barrel. Not that I’m complaining, could you imagine what an awful and boring place the internet would be without pictures of animals photo bombing stuff? Personally, I wouldn’t want to be part of an internet that didn’t include this clip of an adorable marmot licking a GoPro it came across in Glacier National Park.


“Though we didn’t capture the timelapse video of Glacier National Park that we intended to, we captured something much cooler … Marmot Love.”

A film crew was on location in the Montanta park collecting timelapse footage for Greenpeace, when this little guy came running up the mountainside to have a look at what was going on. He was coy at first, but, like a kid in a candy store, impulse and curiosity got the best of him as started helping himself to the camera. Fortunately for GoPros everywhere,  I guess the tiny action cameras don’t taste as good as they look.