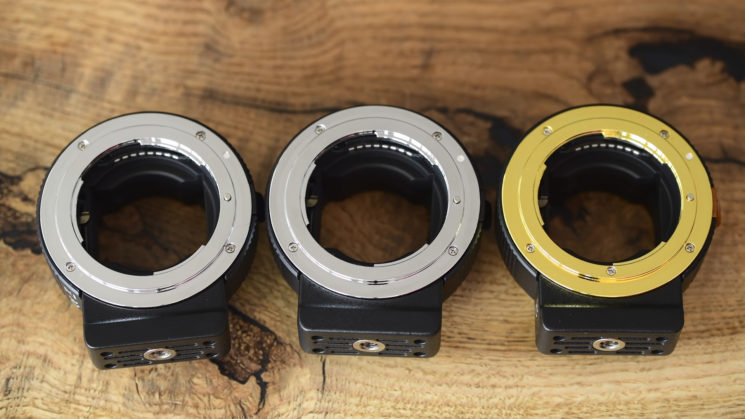 Since Sony started to produce their range of mirrorless cameras, we’ve seen a mass exodus of DSLR shooters making the switch. The overwhelming majority of them have come from Canon. While a few Nikon shooters have made the switch, many of them haven’t. Canon users have had one big advantage, though. The array of reliable lens adapters that let them keep using their Canon glass.

For Nikon shooters, this option hasn’t really been there. There are few adapters, but most haven’t been very good in the past. And switching to another brand is an expensive move that a lot don’t want to risk all at once. Now Nikon shooters have a few more options, though, and Matt Granger puts three of them up against each other in this video to figure out which is the best.

Matt tests three different adapters in this video, and the results were quite interesting. Most interesting of all, though, was the fact that he got different results with each one, despite all three looking almost completely identical.

The performance of all three seem quite good, and Matt describes them all as “usable”. If you need super fast tracking, he still suggests going with native E-Mount lenses, but in many situations like portraits and weddings, the adapters are very impressive.

Despite all three doing well, Matt says that the Commlite was the most consistent performer, but the Fotodiox was the fastest with the 24-70mm & 50mm lens.

Ultimately, it seems that if you’re a Nikon shooter looking to switch to Sony or add a Sony body to you’re kit, you’re going to want to test the adapters for yourself. Each looks to perform differently with different lenses, and until you try it with your own lenses, you just won’t know which will suit your needs best.