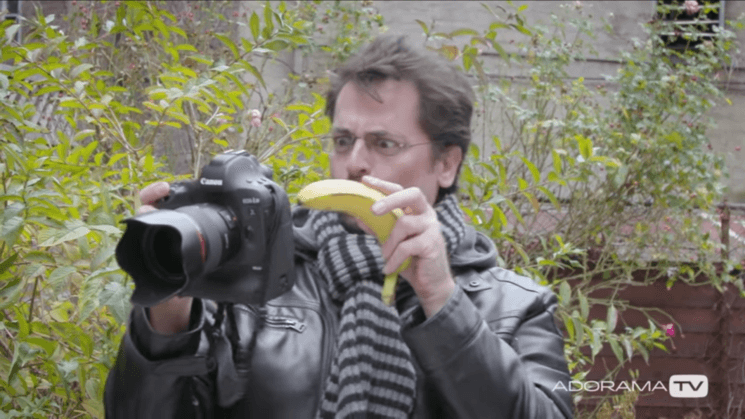 When it comes to chimping, it seems that photographers are divided into two groups: those who cry against it, and those who can’t get rid of this bad habit. It’s especially bad if you photograph sports, events, concert and other fast-changing environments and events. If you look at your screen after every few photos, David Bergman gives you three main reasons why you should quit it as soon as possible.

David shares an interesting story how chimping got its name. He heard it when covering a basketball game as a photojournalist in 1990s. Digital cameras were pretty new back then, and all photographers were staring at their displays right after the game. This was the first time they could see their photos immediately after the game, but also see their competitors’ photos. David says they all looked sounded like a bunch of primates, and hence the term “chimping”.

Now, I think chimps are cute and smart, and we shouldn’t mind being compared to them. But, there are other, more important reasons why you shouldn’t chimp at your camera, and here are the three main ones David points out:

This is the first point everyone has against chimping. As David Bergman puts it, “the part of being a photographer is not missing little moments between the big moments”. And although the term “chimping” arose at a sports game, this doesn’t go only for sports photography.

Sometimes while you’re taking posed photos of people, you can take great shots after they actually stop posing. This is when you capture real-life moments and make memories, and you can only do it if you shoot instead of looking at the photos on your camera’s display.

Chimping can make you lazy

It’s simple – if you look at your screen and see a photo you like, you may not push yourself further and try making a better one. It not only makes you lazy, but prevents you from progressing, too.

Chimping takes you out of real-life experiences

Last but not last, chimping makes you distant from real-life, and from what’s happening around you. In a way, it’s similar to staring at your phone without being aware what’s going on around you. David gives an example of a concert: you take a few photos, and then spend five minutes looking at them and missing the show. Not only will you miss potentially awesome photographic moments, but you also miss enjoying the concert.

When is it okay to look at the back of your camera?

Of course, you can’t avoid looking at your camera screen, and you shouldn’t do it at all costs. You should do it before the shoot, while you’re setting up. This is actually the only way you can check if everything is set properly. But David suggests that, after you are all set up – you just take photos and don’t check them all the time.

In my opinion, it’s also okay to do it if you’re capturing still scenes that don’t involve too much action. But still, there’s no need to do it after every single shot. And of course, when you need to focus on capturing action and interesting moments, chimping doesn’t do you a favor.

I had this habit as a young photographer, I got used to it and kept it for a long time. I think it was only a couple of years ago that I stopped doing it so often. How about you? Do you chimp at your camera? Do you think it’s a bad habit? Share your thought in the comments.

This is why you should never chimp at your camera

How to shoot high speed action photography with flash and a slow shutter
« How to make things float in your photos with fishing line, hooks and a little Photoshop
The Paradox of Instagram »