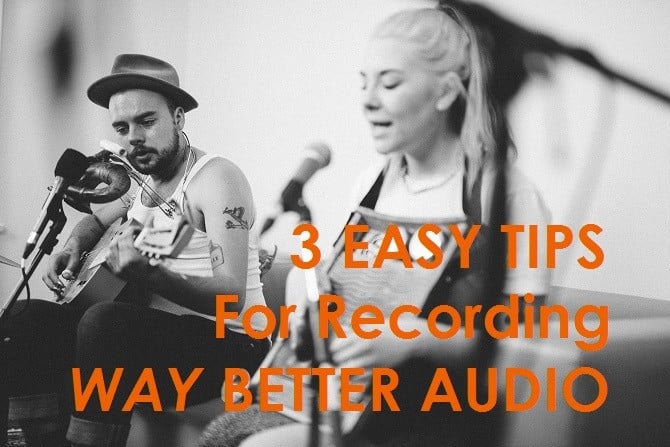 As I have been filming more and more video I have been really struggling with ways to improve the audio quality of my footage.

It seemed that no matter what I did, or what gear I was using, I always ended up with a massive amount of noise in my audio.

This led to more and more expensive gear purchases – without much benefit.  But, as with most things in photography that seem easy but aren’t – the problem was largely with my technique – not my gear.

Fortunately, I recently had the opportunity to hang out with a bunch of musicians for an afternoon and got some really killer tips for recording better audio.

So to help you avoid the same mistakes that I have been making, here are three easy tips for recording way better audio with your video.

For the context of this article, I am largely talking about recording speech – although these tips would apply to all audio recording.

Also, the type of microphone and recording device you are using does make a difference – but not nearly as much difference as good technique (a lot like photography actually). 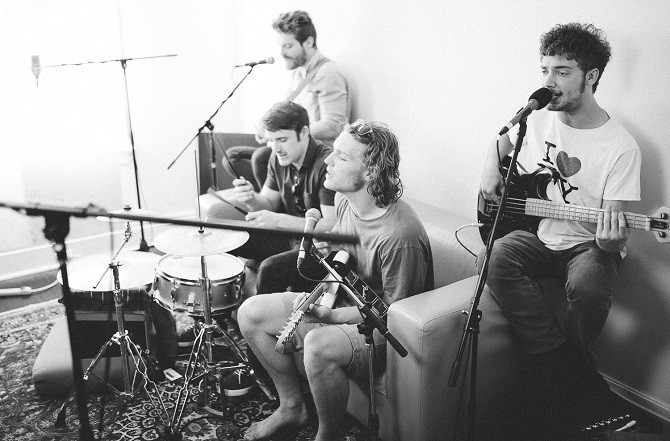 If you are using auto levels for your audio, what happens is your recording device will try to keep its recording level as even as possible.

So when you are speaking, or there is something relatively loud going on – it turns down the gain.  But when you stop talking and its quiet, it cranks up the gain to even out the recording levels – resulting in sssshhhhhhhhhhhh noise.

Instead of auto levels, manually set your input level to peak at your normal speaking voice, and then turn it down a touch from there (you don’t want to clip your audio either).

The only thing to watch here is that you want to keep your audio input level as low as possible (generally speaking – more on that in a moment).  The higher you turn up the gain, the more artificial noise you will hear in the recording – especially with lower quality microphones. 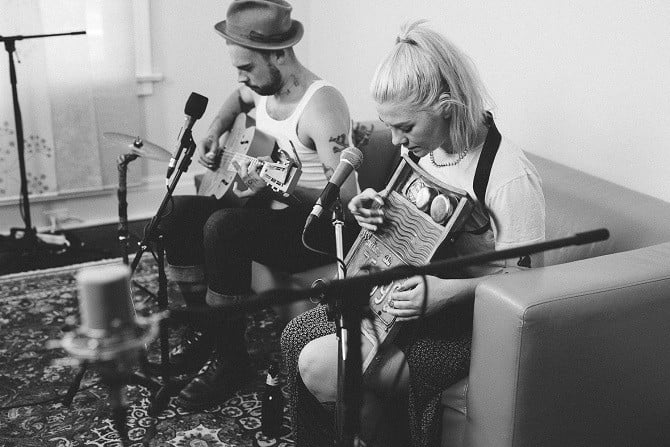 2. Get Your Microphone As Physically Close As Possible

This is all about maximizing the signal to noise ratio.

That means that you can turn down the gain – so you get a double bonus: you’re recording less ambient schmutz and not introducing as much system noise either. 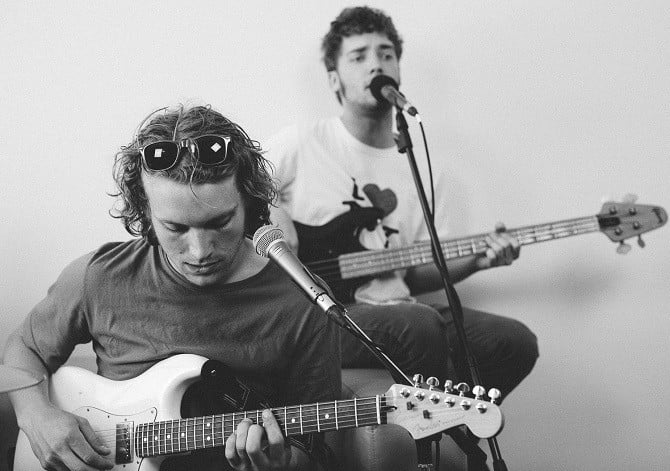 You don’t need to be in a recording studio, but you should be aware of what ambient noise is in your setting and what you can do to eliminate it.

For example, when I was recording the tutorial videos for my Landscape Photography Skillshare Class, the beach I was using was located a few hundred meters away from a busy highway.

I didn’t notice it at all in the field (to my ears), but the noise from the drone of the vehicles on the highway that was picked up by my lav mic is defining in the recording!

If I would have paid attention to my audio environment, I could have minimized the noise from the highway by putting some trees or rocks or a building between me and the source of the noise.

The same is true of the cooling fan in my office computer.  It sounds like a lawnmower in voice over recordings from my desktop mic.  However, by being aware of potential audio pollution, I can take steps to clean it up before I start recording. 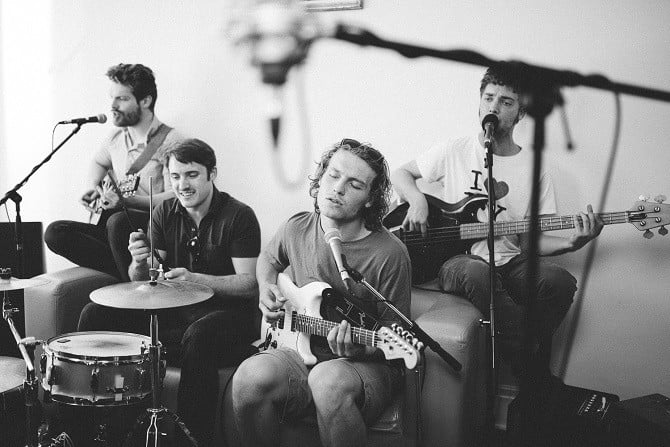 What is the single most important thing you can do to record higher quality audio?

(PS – big thanks to the audio engineers at Band On A Couch for helping to point me in the right direction). 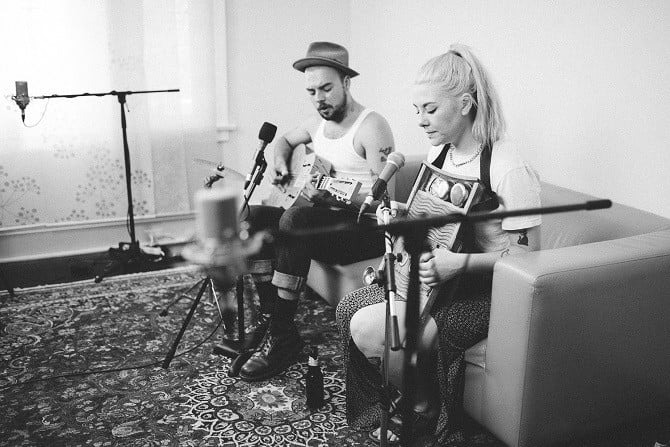 Increase your DSLR or mirrorless audio recording quality for only $23

« ISIS ‘Moron’ Posts a Selfie; US Air Force Locates and Destroys HQ Building
How Going Outside My Comfort Zone Created My Most Viral Photo Yet »