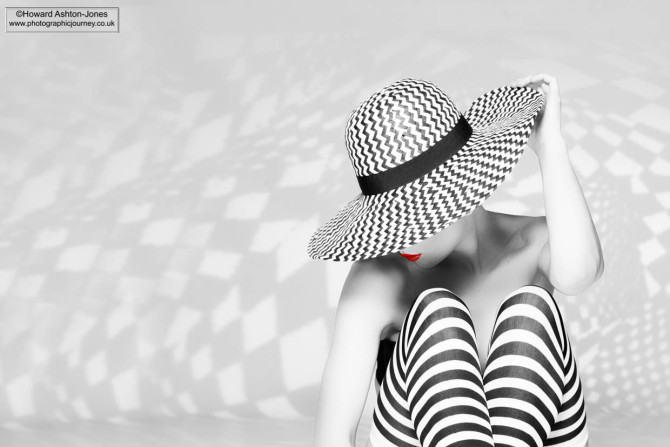 Howard Ashton-Jones is the official photographer to Scottish Gymnastics, but likes to take time out on personal projects to experiment and get creative. Last week his new image shot with a Light Blaster went viral, trending on 500px, Model Mayhem, etc. Howard reminds us all the importance of personal projects and shows us how he got the shot… To learn more about Howard, visit his IMB page. 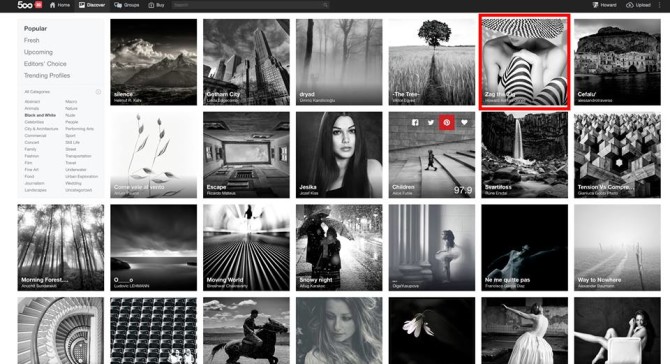 My name is Howard Ashton-Jones, I’m a semi pro photographer based in Fife, Scotland,UK.

I say semi pro as I make a small amount of income from sports and event photography, a hobby business that has grown into a small beast, mainly as official photographer to Scottish Gymnastics.

I do however consider myself an all-round photographer, happy to try my hand at any genre. In fact, I go out of my way to try something new as much of the time as I can , whether it is with new kit, or new techniques, you never stop learning is my philosophy to my photography.

As the bulk of my photography is of gymnasts in poorly lit leisure centres, (poorly,as in harsh direct overhead lights, of differing light temperatures) I love to go out and do more creative shoots, whether it be of water droplets, landscape of model/fashion shoots. I feel doing this alternative type of shooting lets me get creative and I get to explore new techniques and styles some of which will work in the gymnastics world. This mixture of differing genres really keeps me fresh and inspired, I try to shoot as much as I can. 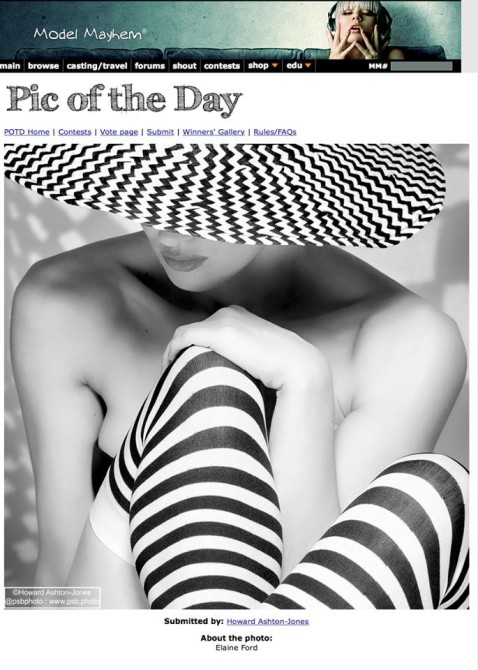 How I got the shot:

I had the great fortune to be on a workshop with Andrew Appleton and we got discussing the Light Blaster, he had his one with him and he came along to a shoot I had planned and demo’d it to me, I really liked the way it gave a depth to the images, rather than a plain background, the Light Blaster was just perfect for what I wanted for this shot, and others I had in my head.

This particular shoot was inspired by a shot I had seen trawling the web one day.. I wanted to create a riot of patterns, all in black and white, something that messes with the eyes, I knew I had a chequered slide in the Light Blaster which I knew would make the shot for me. So I started to pull the whole thing together. Purchasing the hat and stockings off the web (hoping one size fits all), I was in talks with my model Elaine Ford as we have done numerous shoots together and as usual she understood the idea exactly, I knew she would be able to create the mystery, I wanted posing wise. 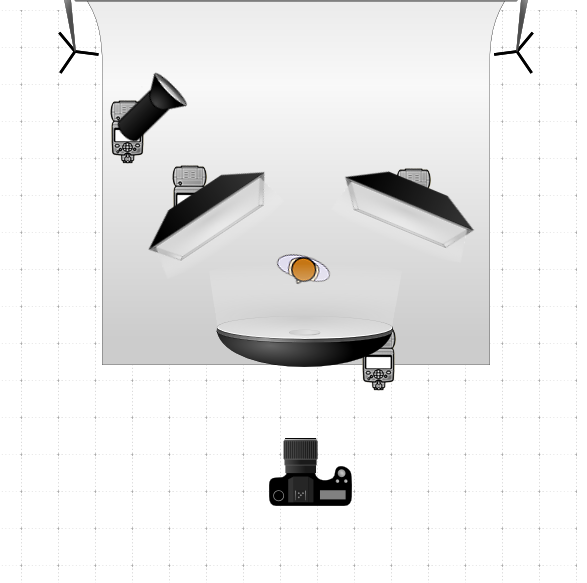 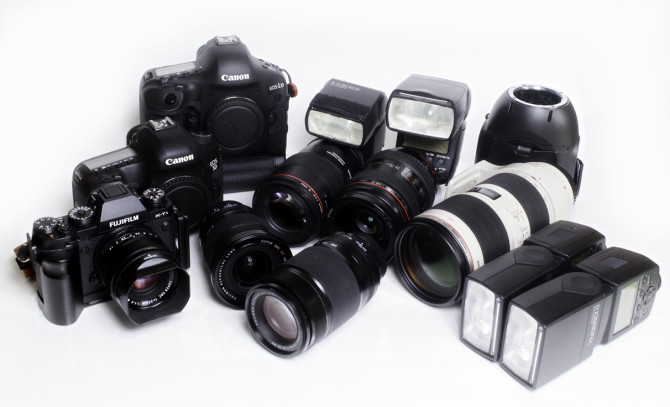 Gear wise, I was using speed lights everywhere, 5 total ,mix of Canon 580 as key in a Roundflash (Dish) , 430 in the Light Blaster with Canon 24-70mm lens and 2 x YongNuo 568ex in strip boxes on the sides for rim, and an old nikon low front to put a touch of light under the hat brim. All on manual settings to shoot at f/8. Triggered by pocket wizards and optical . All onto a white vinyl background. Camera wise I was in 2 minds to use my FujiFilm XT-1 but went for the Canon 1Dx with a new 70-200mm mk2 that had just arrived,its usually used for the sports shooting, but I tend to find it superb for studio work too.

Howard Ashton-Jones is a UK based photographer and is the official photographer to Scottish Gymnastics. You can follow his art here and his sports photography here. You can also follow his Facebook page here. This article was originally published here and shared with permission.