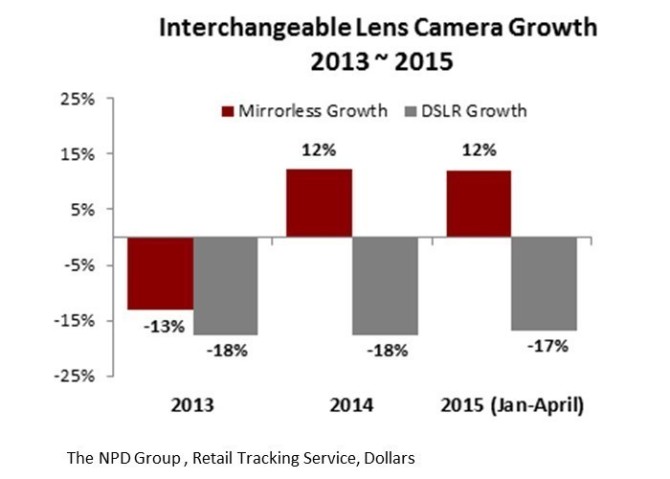 According to market research company NPD Group, the overall revenue from mirrorless cameras has grown by 16.5% over the past year while DSLR sales have dropped by ~15%.

Sony was the main benefactor, or stimulant, with an impactful 66% boost in its mirrorless camera sales.

“Growth in the mirrorless segment shows this new technology and form factor are resonating with consumers,” said Ben Arnold, an executive director at The NPD Group. “Going forward, mirrorless will continue to command a greater share of the interchangeable lens camera category.”

Strong innovation in the mirrorless market and the increasing popularity among younger people give Sony and other MILC manufacturers reason to be optimistic about the future.

Is this another sign that the DSLR market as we know it is coming to an end?

Unsurprisingly, Sony has maintained its #1 position in the mirrorless market for the 4th consecutive year, thanks to its immensely successful a7 series (a7II, a7R, a7S) and a6000. 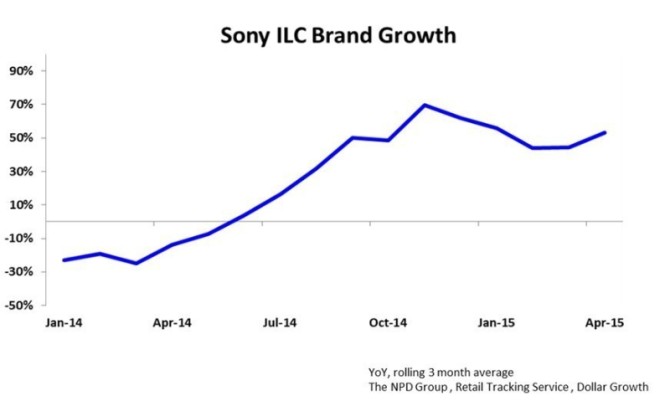 One of the key factors in Sony, and the mirrorless market in general, keeping up its sales in years to come is the fact that younger people are buying in to interchangeable lens camera (ILC) systems.

Two years ago 54% of first-time ILC buyers were under the age of 35, but that figure has now jumped to over 61%, according to InfoTrends’ customer surveys.

I guess this makes sense considering that younger people are more likely to spend money on technology and gadgets, plus once someone buys into a specific system they’re somewhat trapped – and younger people will live longer and thus spend more money throughout their remaining life time. Sony executives probably won’t describe things that way, but I bet they thought about it. 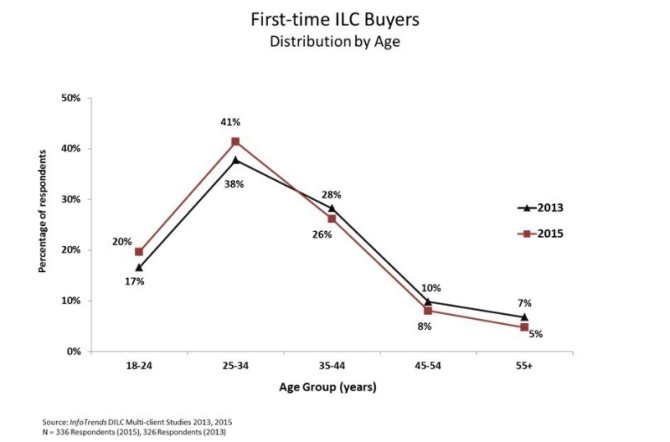 When asked about the events and situations in which they take photos, the top four answers among ILC users were ‘travel and vacation’, ‘major family events (birthdays, weddings)’, ‘day trips (indoor or outdoor)’ and ‘outdoor scenes (scenery or landscape)’. 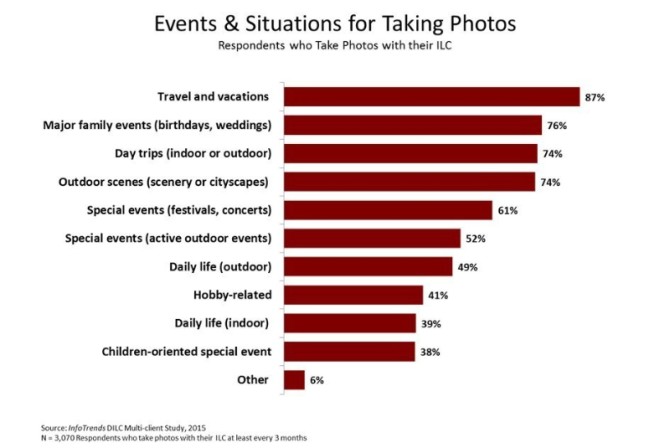 Despite the impressive advancement mirrorless cameras have seen in recent years, and their clear advantage over DSLRs in certain fields, they still aren’t able to directly complete with, or replace, all of the existing DSLR models.

That being said, should Canon and Nikon continue to relatively suck in the mirrorless market and simultaneously lose sales in the entry to mid-level DSLR market, I fully expect the higher-end DSLRs to take a hit as well. After all, a lot of the research and development invested in these cameras later trickles down to the cheaper models, but if DSLR sales continue to plummet this business plan might not be sustainable in a few years time.

« How Going Outside My Comfort Zone Created My Most Viral Photo Yet
Leica Leak: First Image and Specs of the Fixed-Lens Full Frame Leica Q »