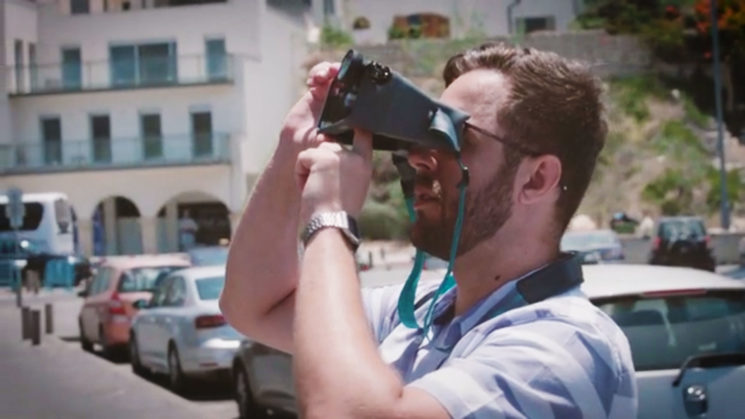 If you thought Google Glass was obnoxious and obvious, you’ve seen nothing yet. Meet OKO (yes, it’s on Kickstarter). Ok, maybe I’m being a little unfair. Actually, I quite like the concept of this, probably because I’ve been using my ZenFone 5 for more VR stuff lately, but it’s kind of a weird way to shoot photos with your phone.

The idea is that you basically hold the phone up to your eyes in this weird headset thing which somewhat resembles a regular mobile VR headset. You get to see your screen big with both eyes as if you were simply looking directly at the scene. But do you really want to be seen wandering around with this covering your face?

As I said, I like the idea, in theory. And it’s great, in theory. It allows you to see the scene undistracted, albeit somewhat pixelated. To some degree, it will also block out unwanted light from your view, too. So, you can see exactly how much detail you’re getting in those shadows and highlights, how vibrant the colours are, and your exact composition.

Some light may still get in, as there is a big hole in the bottom of the OKO. After all, you’ll still need to get your fingers in there to touch your screen and tell the camera app what to do. But it will block the light coming from above and the sides.

Whether or not such abilities are important enough for photos and video you’re shooting with your phone, though, is a different matter. That’s something that only you can decide. For me, I’ve decided that it’s not. 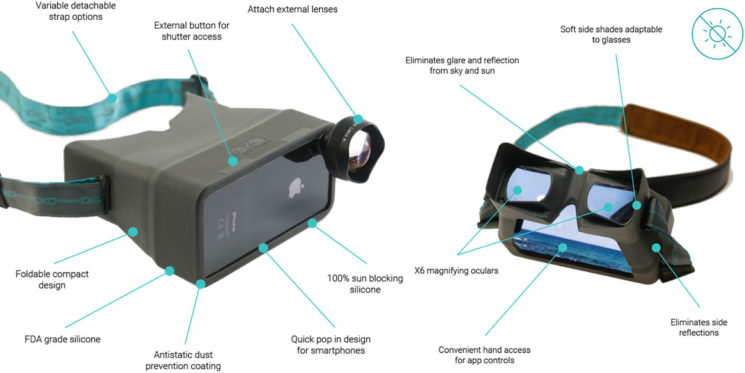 But the idea of using both of your eyes to be able to see your shot is still quite intriguing. It actually reminds a lot of the Cinevate Cyclops, a two-eyed viewfinder magnifier for DSLRs. Being able to put both of your eyes up to the screen to see the shot is much more comfortable than using just one.

But it still looks kind of silly for a phone. Although, I suppose it’s better than just taping it to your head. 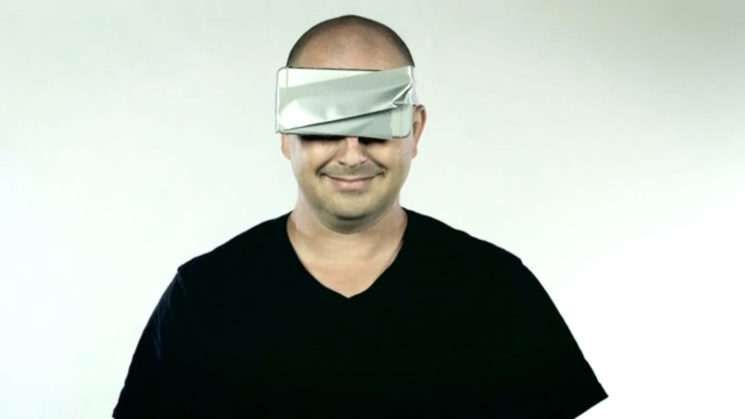 If the OKO looks interesting to you, then you can back the project on Kickstarter. The pledges start at $39 for the early birds up to $160 for the complete kit including 4 lenses. The campaign is still a little ways off its goal, although there are 57 days still to go as of right now. Shipping is expected in March 2019.