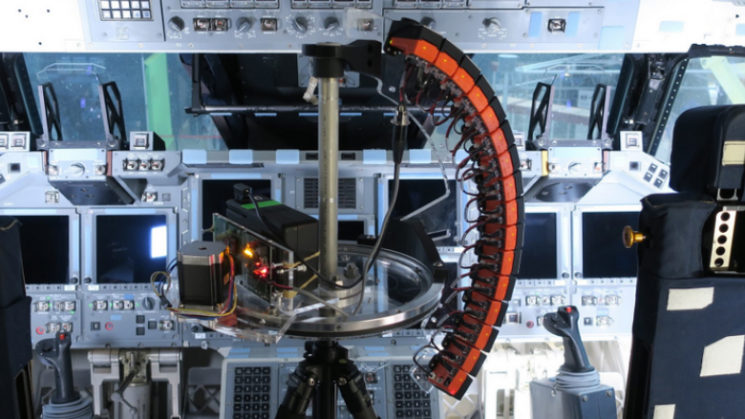 Virtual reality can take you to places you otherwise couldn’t see, and there’s still plenty of room for improving and experimenting with VR technology. In a recent blog post, Google has announced that they’re experimenting with light field photography to create more realistic VR experience. To make this possible, the company is using a solution that seems pretty simple and clever: a rig made of 16 rotating GoPro cameras.

As Paul Debevec of Google writes, VR needs to be as close as possible to what we’d see in real world. If we are in the actual place, the light bounces off surfaces differently and we see things from different perspectives. Google wanted to make this possible in the virtual world too, which is why they started experimenting with light fields.

Light fields can capture all the light rays in the scene and the information about their source. In the VR world, this lets you see the scene as more realistic: it lets you perceive depth and size of the objects and produces more realistic textures and lighting. To capture the light information, Google modified a GoPro Odyssey Jump camera. They bent it into a vertical arc and bounded 16 cameras on a rotating platform. According to Google, “it takes about a minute for the camera rig to swing around and record about a thousand outward-facing viewpoints on a 70cm sphere.”

There’s still room for experiments with this tech, and Google admits there’s still much more work to be done. But despite the room for improvement, using light fiends in VR already gives you “an extremely high-quality sense of presence,” as Google describes. The company points out that there’s a lot of potential in this technology, and they’ve launched a free app “Welcome to Light Fields” to demonstrate this potential. The app is available on Steam VR for HTC Vive, Oculus Rift, and Windows Mixed Reality headsets.

[Experimenting with Light Fields via The Verge; lead image: Google]