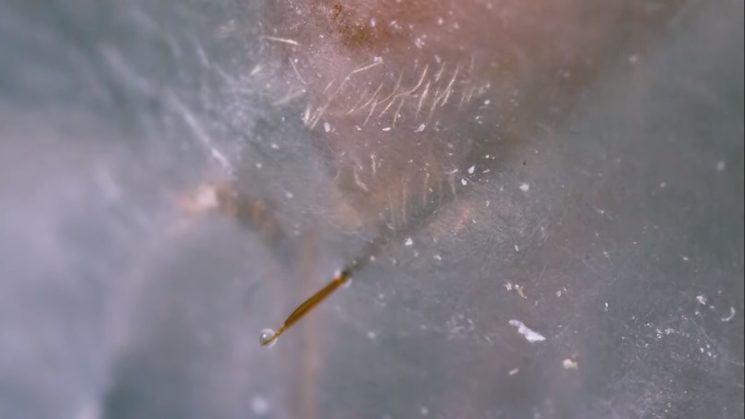 If you spend time in nature, I bet you have been stung by ants more than once. And have you ever wondered how do these little critters inject their venom under our skin? Thanks to scientist Adrian Smith, you can now see it from up close. He has filmed the world’s first close-up, super slow motion video of how ants’ stingers work. And while it teaches you something new, it’s also very captivating to watch.

Looks amazing, doesn’t it? Ant Lab has released the longer version of the video with Adrian Smith explaining the process in addition to the videos. He started researching about how ants’ stingers work, and he discovered that no one has filmed the process before. So, he decided to do it. He shot the process with a macro lens and a high-speed camera, and all the shots were filmed at 1,000 fps. For the purpose of Smith’s research and the video, he had the ants sting through a sheet of thin wax film.

Smith explains that ant stingers are thinner than the width of a human hair. A stinger is made from a stylet and a pair of lancets. The lancets help pump the venom, and it takes only 75 milliseconds for a lancet to move back and forth. For comparison, that’s faster than a blink of an eye. So, no wonder this was difficult to film.

Near the end of the second video, you can also see an ant fighting a mealworm and trying to sting it. It’s 25x slower than real-life, and it looks pretty epic.

I don’t know what you think of ants, but I find them pretty fascinating. These tiny creatures have their own “language” and I find it interesting to observe them how they move, how they communicate and what they do. And other than enjoying this video from a photographic point of view, I personally also liked it because I learned something new about these little creatures.