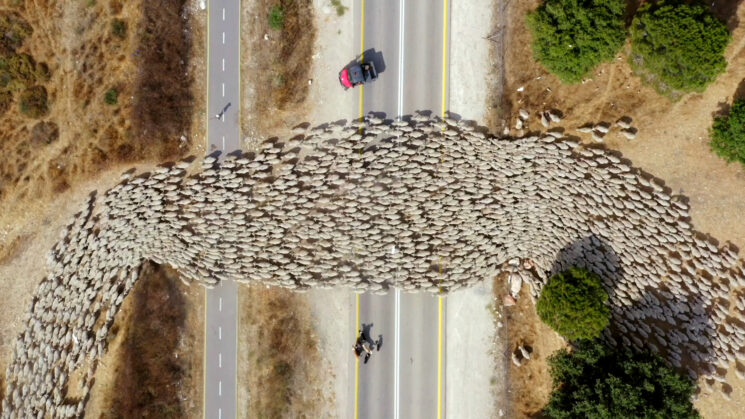 Aerial timelapses are usually pretty cool and who doesn’t love animals? So, it makes sense to combine the two. And that’s exactly what Israeli drone photographer, Lior Patel did in this timelapse as he spent several months following and filming a large herd of between 1,000 and 1,700 sheep, along with accompanying dogs and humans.

It’s a fascinating and hypnotic video, and very different from most of the others we see blasting across our screens these days – particularly from drones. Seeing the sheep move together as a single cohesive unit is mesmerising. It still amazes me that they all just stick together and follow each other without randomly dispersing in whichever directions they want.

Watch here on Facebook or Vimeo if the embed isn’t working for you!

Lior tells DIYP that the video was created over the span of seven months with the DJI Mavic 2 Pro from between the winter grazing period to summer pasture. He says he was guided on the movements of the herd and the path they were expected to take each day he filmed, which allowed him to plan his flight path ahead of time. The final result is the fascinating and beautiful video above.