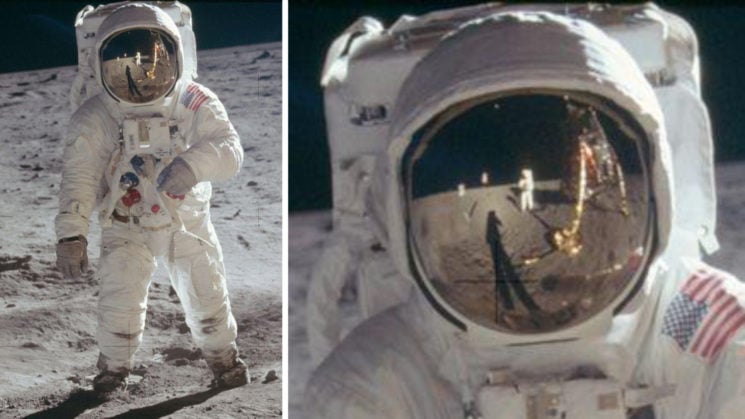 I believe we’ve all seen the iconic image of Buzz Aldrin walking on the Moon during the Apollo 11 mission. Neil Armstrong took it near the leg of the lunar module Eagle, and we can even catch a glimpse of it in the reflection of Aldrin’s visor. Michael Ranger had a fun idea – what if we could see exactly what Aldrin saw while his photo was taken? He took the reflection from the helmet, “unwrapped” it, and fixed the color, so we can now see what the scene looked like from the other side of that lens.

Mission commander Neil Armstrong took the photo of Aldrin with a 70mm lunar surface camera. The duo explored the Sea of Tranquility region of the moon, while astronaut Michael Collins remained with the command and service modules in lunar orbit. 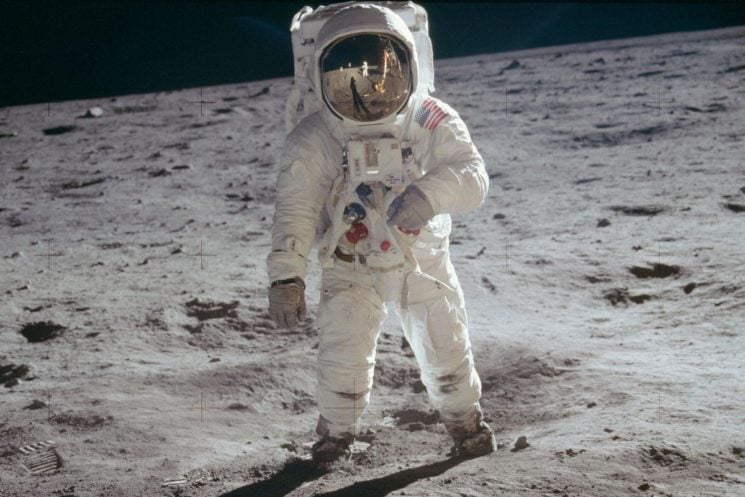 Michael first downloaded a raw high-resolution film scan and created an “unwrapped” panoramic 360-degree image. He opened it in PhotoSphere for iOS, and he notes that there are a lot of free apps for both iPhone and Android. “You can open it in Google Street View as well,” Michael adds. He then turned it into a video, so you can see with Aldrin’s eyes, so to speak.

To get the final version of the image, Michael sharpened the details and did some color correction. Since Aldrin’s visor is coated with gold, he had to correct the yellow color cast in the panoramic image. He used the rest of the image as a reference to get more realistic tones. Finally, added Michael added a little more room in the initial photo crop around the edges of the visor. This way, when he unwrapped it, it would “more accurately account for the space in the final 360° image that represents the inside of his helmet,” as he explains. “Notice the pale blue dot,” Michael adds. Aldrin saw it from his point of view, too. 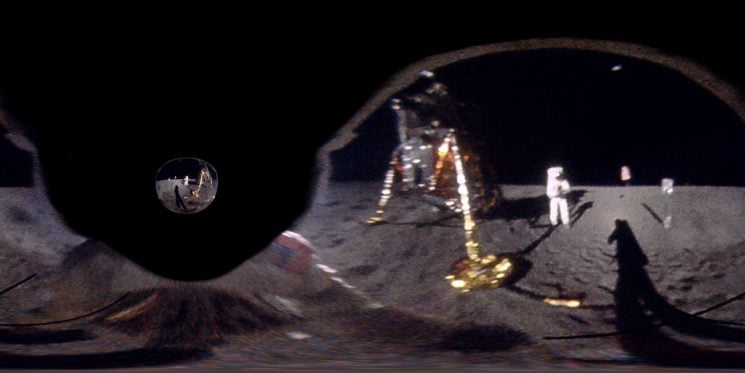 The people of Reddit were absolutely thrilled to see the result, and so am I. This is so clever, so logical even – but no one has ever thought of it before (at least to my knowledge). “Someone has literally taken a photo of the visor, unwrapped it, and put it into modern technology to create a 3D panorama,” FerusGrim writes, wondering how people still don’t believe that the moon landing happened. “Looking at it as if you were there yourself. 50 years later.” If you’d like to revisit the iconic image from a whole new perspective, Michael has shared his panorama on iCloud so you can download the full-resolution version.

MyHeritage photo enhancer shows you what your ancestors really looked like

« Even 19th century had its “Facetune” that everyone used in photos
The ultimate Canon EOS R5 vs R6 comparison – Which is the right camera for you? »