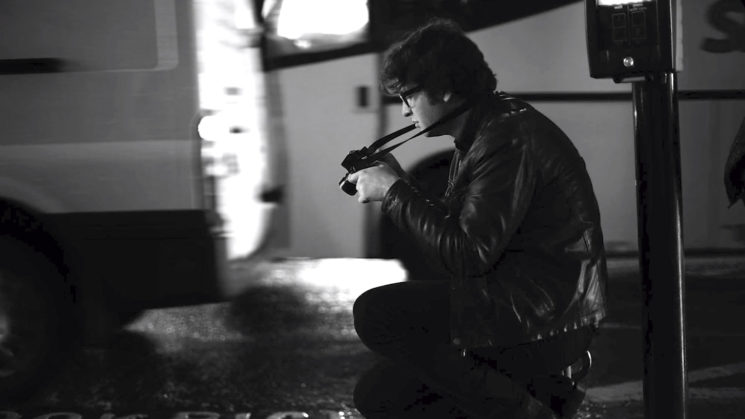 This morning I woke up to one of those emails. Yes, that’s right, another SmugMug Film is being launched today. This one follows street photographer Alan Schaller as he walks around New York City talking about street photography, what it means to him, what he looks for to make an image, and his general thoughts on humanity and the city.

You can’t predict what’s going to happen on the streets. It can be a whole host of different things that draws my eye. It can be a reawlly striking person walks out of nowhere, or a pigeon or a flock of birds suddenly flying overhead.

You can predict certain elements, but you can never be 100% sure. And the best that you can do, really, is to preempt and almost fantasize or imagine what could happen in the space in front of you. and the closer that that happens in reality, the more exciting it is.

Alan has only been a photographer for four years, but has a long history in the arts. He studied music at university, going on to write music for TV and movies. While looking for a break from the music for a while, he was introduced to photography and street photography by a friend. It allowed him to start looking at the world in a different way.

He says he finds it helpful to restrict himself for his street photography in big and busy cities. He limits himself to a single lens or by staying at a single location to really try to get the most out of those limitations. Cities are full of so much stimulus and chaos that if you give yourself too many gear and location choices, you can easily waste most of your time not actually shooting and then come home with nothing.

Seeing street photography made me look at the world in a different way and it kind of “clicked” that there are extraordinary things happening all the time. All around us. And it resonnated with me in many ways.

I love shooting street photography, especially when I’m shooting on black & white film (I know, I’m a little pretentious in this respect, but I don’t care). And the black & white aesthetic of this film immediately struck me. It fits the subject matter perfectly for me.

While not completely black & white, the film gives that feeling you often get from looking at street photography itself. Removing the colour helps to really focus the viewer on what you want them to see, relying only on the shapes and contrast, letting you more accurately tell the story you’re attempting to convey.

It’s always interesting to see street photography come from the mind of somebody who was already a prolific creative and an artist first before picking up a camera. Often these days, it’s the other way around. People typically pick up the camera and then try to figure out the “art” side of things, and the images have a very different vibe to them.

I find Alan’s photographs absolutely fascinating. Lots of shadows (with many fading to pure black), lots of highlights, and very few midtones with some great stories.

If you want to check out some more of Alan’s work, head on over to his website, or see his rather extensive Flickr stream.