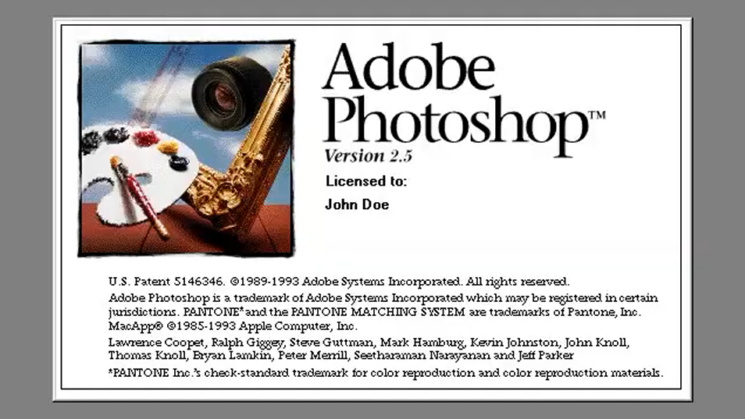 Photoshop has been around for over 30 years, and some of you may have used it from its very beginning. Colin Smith of Video Revealed used it for photo retouching back in the mid-1990s and he reflects on Photoshop 2.5  that he used back then.

In this video, Colin looks back on some of his projects and the difficulties he faced working in an early version of Photoshop. There were no layers, he only had one undo… And these were only some of the challenges he faced.

Photoshop 2.5 was introduced way back in 1992. Not only does it celebrate its 30th birthday today, it’s also special because it was the first Photoshop version available for Macintosh and Windows.

Now, before I go any further, it’s worth noting that early Photoshop was certainly groundbreaking and useful for the age it was made in. But when we look at it from 2022, it really lacks some functionalities that we may even take for granted today. For example, I can’t imagine not working with layers nowadays. Not to mention having only one shot at undoing what I did. I make so many mistakes that I even wish for an “undo” button in real life.

Another challenge, other than Photoshop itself, was the lack of information. Today we have a bunch of books and tutorials that help us learn and master new techniques. Back then, being self-taught literally meant figuring out most of the stuff on your own, Colin recalls.

The video is rather long, but it’s pretty interesting to watch. Colin goes through some of his earlier projects, sharing some background stories and everything it took him to create a certain image. Watching this makes me grateful for the technology we have today – and I think I’ll never take that “undo” button for granted again!

[How I made a living using Photoshop 2.5 with no layers and 1 undo via FStoppers]

This was how you installed Photoshop 23 years ago

Johannes Vermeer – A Photographer from 350 years ago