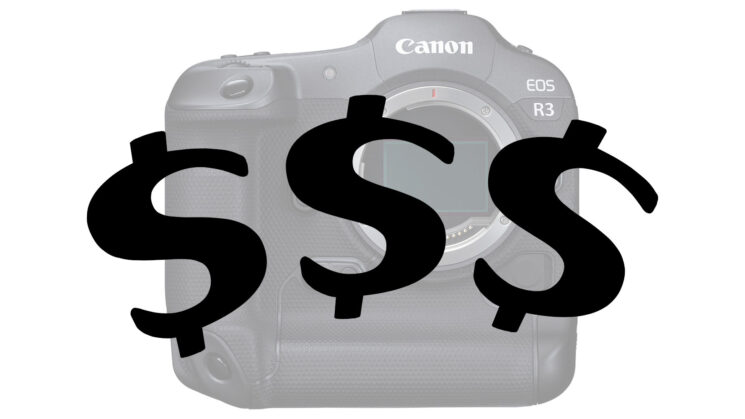 Because I’m based in the UK, every time a new camera is released, I always hear “It costs so much more in the UK than it does in the USA!” But how true is that claim? Is it just that the US price doesn’t include tax and the UK price does? Or is it really that much more expensive in the UK?

Well, camera price comparison website Nukeni decided to take a look at the new Canon EOS R3 to see what its suggested retail prices were like around the world. They scoured Canon websites in 166 countries and found prices for 26 of them. For countries where tax was not included, they added it, to see how things really stack up.

Two countries, the USA and Canada, don’t have a single tax rate across the entire country so there are two figures for each of those. These represent the lowest and highest tax areas in those countries. All prices have been converted into US dollars with the exchange rate available at the time of publication for easier comparison.

As you can see, there’s quite a difference between the least and most expensive. More than $2,200 difference first and last place. China wins, at $5,777.21 followed by the USA’s lowest tax rate option coming at $5,999 – some states don’t charge sales tax at all. But even at the highest state sales tax rate, the USA still comes in at eighth, costing $6,688.89.

The UK, though, well, yeah. That’s way down the list, coming in dead last at $8,043.82. And from looking at the Amazon pricing data for other cameras on Nukeni, this trend isn’t unique to the Canon EOS R3 but across the board. As an example, here’s the Amazon UK and Amazon USA price history for the Canon EOS R6 (body only).

And here’s the same price history comparison for the Sony A7c (also body only).

The USA isn’t always the cheapest country but the difference in price between the USA and the UK is very noticeable throughout every brand and model. I am curious how such comparisons would have looked before the whole Brexit debacle with its accompanying decimated exchange rate and apparent shipping issues. Right now, though, it looks like the UK is probably the most expensive place to be if you’re a photographer.

If you want to see what your camera costs around the world, head on over to Nukeni and hit up the search.

Data and screenshots used with permission