Nasa’s Juno mission to Jupiter reported new findings of the turbulent atmosphere of the giant planet, including fascinating new images that show the extent of the famous red spot in 3D.

The images were produced using Microwave frequencies that can piece through the dense clouds, getting a peek at the numerous vortex storms present on the planet. The most famous of these is the anti-cyclone known as the Red Spot. The red spot is larger in area than Earth and scientists have just discovered that it runs over 200 miles deep.

Jupiter's Great Red Spot is over 200 miles (350 km) deep, and its polar cyclones barely change location over time. New findings from our #JunoMission give a fuller picture of the planet's turbulent atmosphere: https://t.co/tZX2MsKFLl pic.twitter.com/rRO1m01gUg

The planet is additionally known for its bands of clouds that wrap around the planet. Again, thanks to the Juno mission these have been discovered to run around 2000km deep, and are essentially jet streams, strong East-West winds that circulate around the planet. 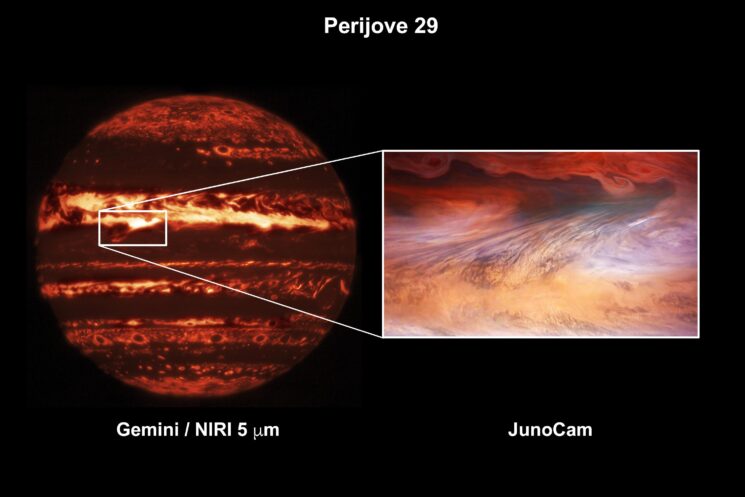 The final interesting thing that NASA reported was about some giant polygonic arrangements of cyclone storms at both ends of the poles. These were originally discovered 5 years ago, however, the mission scientists have discovered that these storms are incredibly consistent and seem to remain in the same location. In the image below you can clearly see the cyclones near the pole. 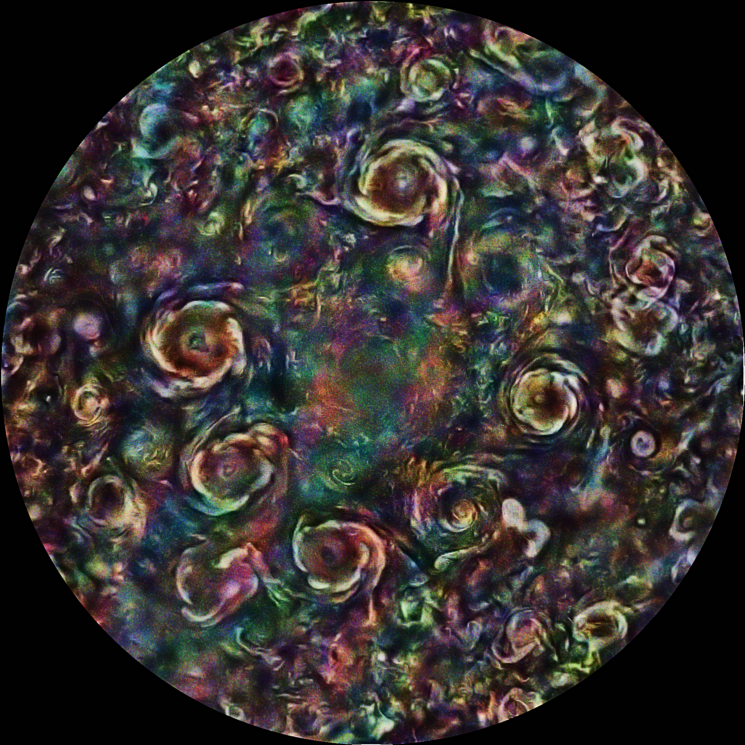 As always, NASA’s images of Jupiter are really pushing the boundaries, and are fascinating to look at. The detail is pretty unimaginable. By understanding better the storms in the atmosphere of a planet like Jupiter will help us understand cyclones, jet streams and hurricanes better on planet Earth.

If you want to learn more about NASA’s Juno mission this video here is a great resource:

The latest photos of Jupiter via Juno are amazing