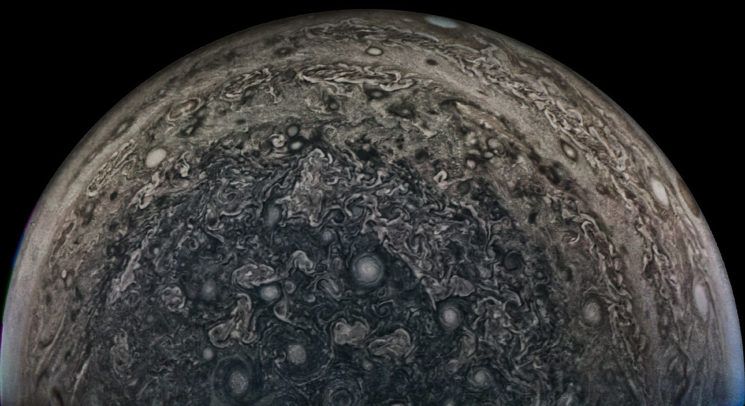 When we hear about “probes” flying around space, we probably think of something fairly small. We’ve all heard them on sci-fi TV shows. “Sent out a probe”, and off flies a little drone-like object. Well, not NASA’s Juno probe. This thing is as big as a basketball court. Launched in 2011, the probe took five years to reach and then settle into orbit around Jupiter, 415 million miles away.

Juno orbits in an extremely wide arc, resulting in a brief fly-by of the gas giant every couple of months. The original plan was for this to happen every two weeks, but some sticky valves put that idea to rest. Juno completed its fifth pass on March 27th, creating and streaming images back to Earth. And the processed full colour results are amazing.

So far, the probe has focused on photographing Jupiter’s poles. Every two months or so, new images come back, showing more and more information and detail. The probe sends the raw data back to earth, and amateur astronomers turn those grey unprocessed photos into full colour images. And some of them are just astounding.

The image at the top of this post is Jupiter’s south pole, created by Shawn Handran. This next one is a Jupiter “Pearl”, by Jason Major. One of a series of 8 features on the surface of the gas giant which forms the “String of Pearls” 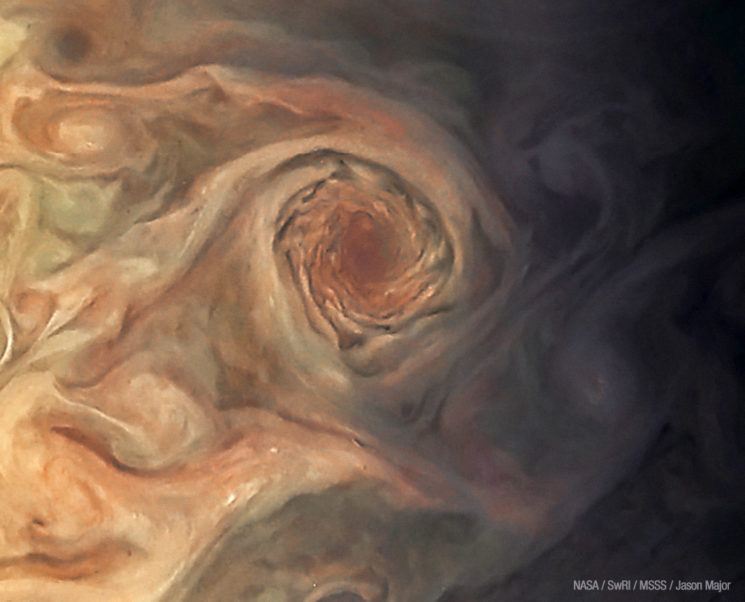 And here’s a few of our other favourites from this latest set. 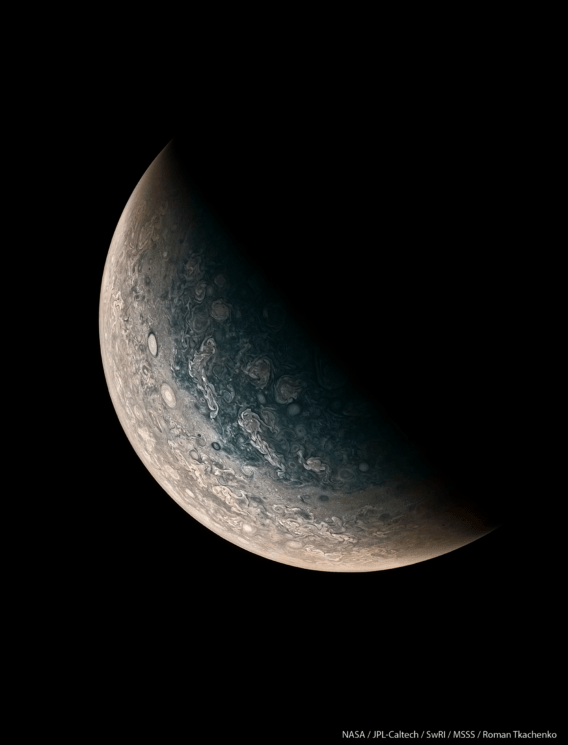 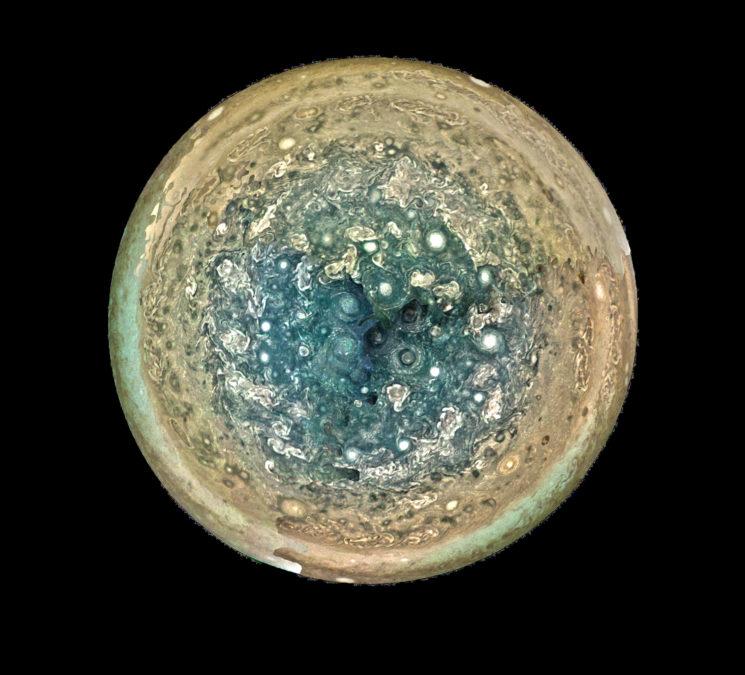 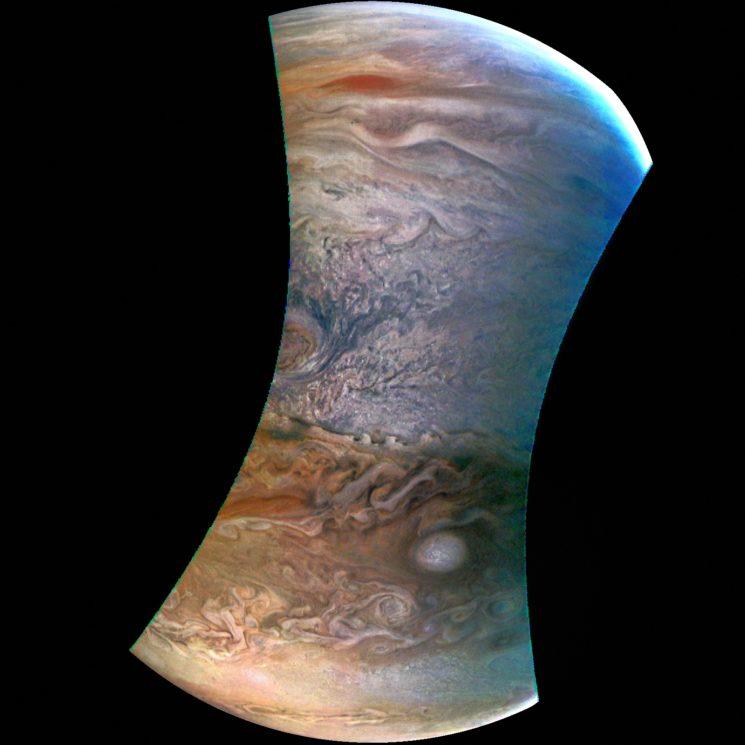 Each new fly-by of Jupiter’s surface gives us more and more information about what it’s like and how it looks.  And it seems far more bizarre than many of us could have imagined.

Jupiter’s next pass of Jupiter should happen around the 19th of May. But Juno’s orbits will not go on forever. NASA plan to send the probe into Jupiter’s clouds in 2018 or 2019. This will prevent it from spreading bacteria from Earth to the giant’s moons.

You can see more images from the Phase 5 fly-by, see all of the previous images, and keep an eye out for new ones on NASA’s JunoCam website.

The latest photos of Jupiter via Juno are amazing

« Why the Technical Stuff Matters in Photography
How do you pronounce “Bokeh?” Here’s how you should »