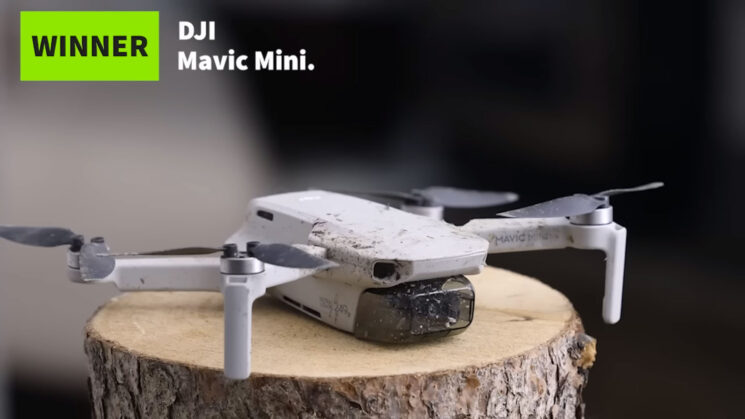 This probably isn’t a tutorial you’ll see on the DJI YouTube channel anytime soon and it’s almost certainly not a suggested use for the DJI Mavic Mini – or any of their other drones for that matter – but when a photographer who goes by the name Dripped found his backyard infested with a bald-faced hornet’s nest, his go-to was indeed the DJI Mavic Mini.

Well, ok, his go-to was to call around and get some quotes from local companies to have the nest removed but after receiving quotes that he says were “into the thousands”, he decided to give it a go himself. That’s where the Mavic Mini came into play. Does it really need to be said that you probably shouldn’t try this at home?

You’d think such an event would be a relatively short video, but the entire thing is almost eleven minutes long, documenting Dripped’s experience and thought process as he prepares to do battle with the hornets and their nest. Listening to his thought process and seeing him try different strategies to attack the nest to see what happened definitely made me chuckle a few times, and the drone’s camera captured some pretty unique footage in parts.

It’s quite an amusing story of DIY pest control, it really goes to show just how tough these little drones are. Despite crashing three times during the battle and looking a little worse for wear, covered in bug guts, it was still able to keep on flying. And this one’s 2-generations old. I expect the newer DJI Mini 3 Pro would be able to handle even more abuse.