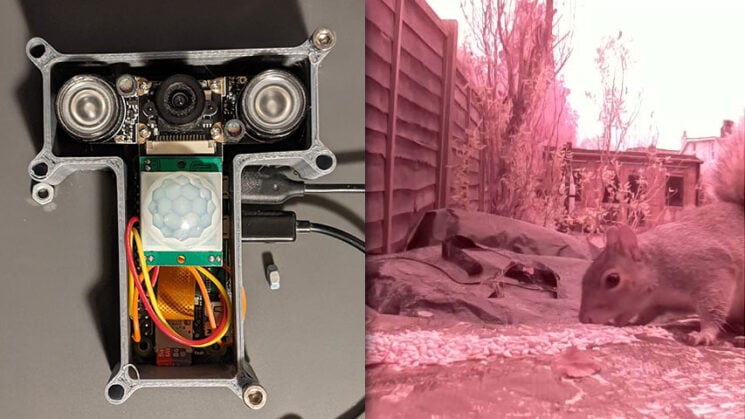 It’s funny. Sometimes, you have an idea for something you want to make and right as it’s all coming together and you’re starting to get everything figured out, somebody posts a project that is almost exactly what you need. It’s even better when they’re using pretty much the exact same hardware you’ve already bought for your project.

A user who goes simply by the name of Sam on Hackaday has created a night vision motion camera based on a Raspberry Pi Zero, an infrared camera module and a PIR motion sensor to detect for warm-blooded subject movement. While you could use this for security, Sam’s been using his to capture the local wildlife.

Sam’s device is built on the Raspberry Pi Zero and uses a USB WiFi adapter to keep it on his network so that he can view and download footage remotely. Connected to the Pi is a 5-megapixel infrared camera module capable of shooting 1080p HD video.  It’s a great little camera to go along with the Pi Zero because they’re very similar in size. And those two things on either side of the camera are little infrared LEDs so that when there’s absolutely no light whatsoever, it has a little invisible assistance. 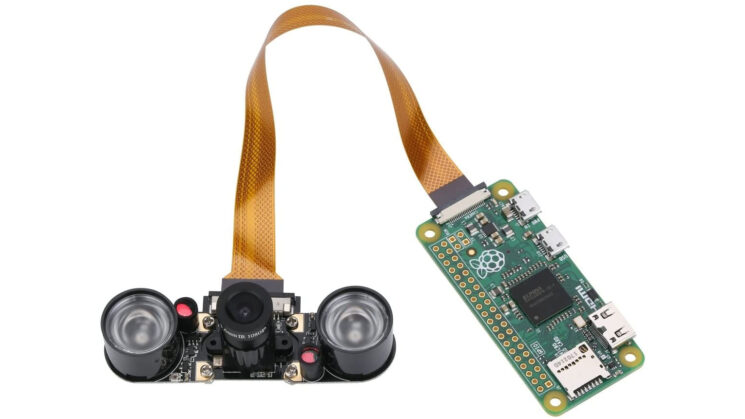 Also connected to the Pi Zero is a PIR motion sensor. This is the same kind of sensor found in many home alarm systems and security lights. It spots when there’s movement and sends a signal to whatever it’s connected to that tells it to do something. In this case, that means recording a video clip.

In order to make that happen, Sam wrote his own Python script to monitor the sensor and tell the Pi Zero to record the clip whenever it’s triggered. He also designed a 3D printed case for the whole thing that he created in Fusion 360.

It’s a very cool project and is almost identical to the one I was planning to build. The only difference for me is that I bought the recently released Raspberry Pi Zero 2 W instead of the Pi Zero or Pi Zero W. The new Pi Zero 2 W offers significant performance improvements over the original Pi Zero W (which is also still available), including a quad-core processor, newer Bluetooth implementation and an improved PCB antenna for WiFi (a feature not available at all in the basic model Zero without a USB WiFi dongle).

I also won’t be using the PIR sensor but I will instead set mine up as an RTSP streaming server so that I can monitor it in OBS and record from inside the house without having to worry about the internal storage on the Pi. I might have to print Sam’s case to fit it in, though. It’s a very nice design.

If you want to build the motion-activated night vision camera system, print the case, download the code and set one of these up for yourself, Sam has put all of the information and files available to download on Hackaday. So, be sure to check it out!

« Panasonic updates its lens roadmap to add the upcoming Lumix S 18mm f/1.8
This guy wrote a piece of software to composite every photo he’s ever taken into a single image »