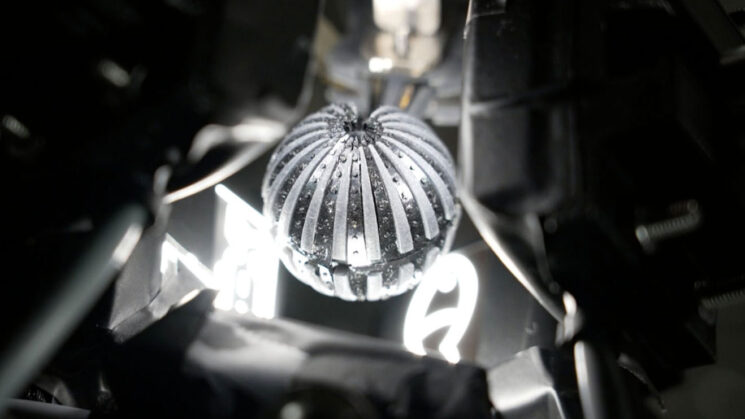 One of the big problems you encounter when moving a camera from dry land to under the water is the difference in the index of refraction (IOR). That’s the thing that often makes rivers and lakes appear much shallower than they actually are when you’re looking at them from the water’s edge. For 360° cameras, this difference in IOR can be a big problem when it comes to shifting from the air to underwater.

A team of researchers at the Institute for Basic Science (IBS), Massachusetts Institute of Technology (MIT), the Gwangju Institute of Science and Technology (GIST), the Seoul National University and The University of Texas at Austin, though, have developed a system based on one of nature’s designs. They’ve taken inspiration from the fiddler crab to develop a 360° camera system that works both in and out of the water.

Details of the new camera system were published last month in Nature Electronics and it’s designed to give robots a 360-degree panoramic view of their surroundings, regardless of whether they’re in the water or out in the air. This lets them more easily see their surroundings to detect obstacles and navigate more easily. The need for such a camera is quite obvious, but the IOR differences between air and water make it difficult to seamlessly shift between the two.

This is why consumer 360° cameras like the Insta360 ONE X2 require the dive case when shooting underwater – regardless of the depth. It’s not that the camera isn’t waterproof (it is, to a depth of 10 metres), but the index of refraction difference means that the lenses (which were designed to shoot 360° in air) see things slightly differently and the normal stitching method does not work. The dive case attempts to rectify this, allowing the software to see and stitch the footage as it should.

Researcher Young Min Song spoke to TechXplore about the system and how it came to be.

Previous works, including our group’s research, on wide field of view (FoV) cameras were always at fewer than 180-degrees, which is not enough for the ‘full’ panoramic vision, and they were not suitable for changing external environments. We wanted to develop a 360-degree FoV camera that can image both in air and water.

The camera designed by the team is far more advanced than the simple dual lens and sensor setups of most consumer 360° cameras. This one contains a whole array of flat microlenses with very intricate designs to mimic the 3D omnidirectional view of the fiddler crab, which has evolved to be able to see as well on land as it can in the water in every direction at once to provide it with some distinct advantages trying to survive in the wild.

If you use a conventional lens with curvature for imaging, its focal point changes when you dip the lens into the water. On the other hand, if you use a lens with a flat surface, you can see a clear image regardless of ambient conditions. The fiddler crab living in the intertidal region has this kind of flat surface of its lens and we just imitated this crab-eye-lens.

It is believed to be the first time that such an amphibious 360° camera system has ever been demonstrated and could potentially pave the way for new 360° technologies for use with augmented reality or even autonomous vehicles. The team says that they plan to “conduct further engineering to achieve higher resolution and superior imaging performance”.