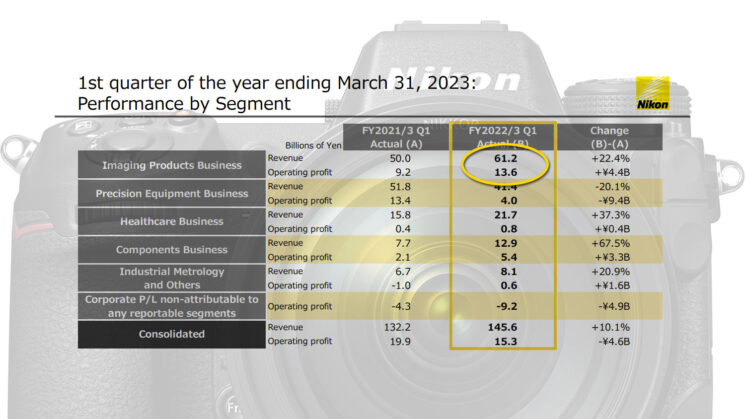 Nikon released their financial results for the first quarter of its 2023 fiscal year (FY2023) recently and it shows an increase in revenue in just about every segment of the company, including its Imaging Products Business – ie, cameras and lenses. In fact, when it comes to profit, Nikon reported a 47.8% increase over the previous Q1 period in FY2022 and overall revenue appears to almost be back to pre-pandemic levels. 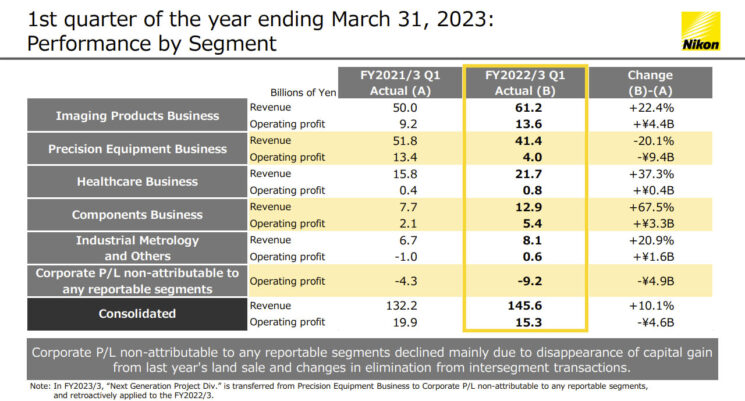 So, it looks like things might be recovering nicely for Nikon, despite the whole global silicon shortage from which manufacturers in many industries are still suffering. And even though Nikon made around 6 billion yen (~$44.3 million) less profit in Q1 FY2023 vs Q1 FY2020, they reported significantly higher profits, jumping from 3.5 billion yen in FY2020 to 13.6 billion yen in FY2023 – that’s an increase of around 10.1 billion yen or around $75 million at today’s exchange rate.

Nikon had already started to recover some of its profit, though, with 9.2 billion yen reported last year – also higher than pre-pandemic levels – although this year sees a whopping 47.8% increase over that. What’s particularly interesting though is that Nikon has managed to increase this profit despite selling far fewer units than it did in years prior to the pandemic. I’ll let you all speculate as to the reasons why in the comments. 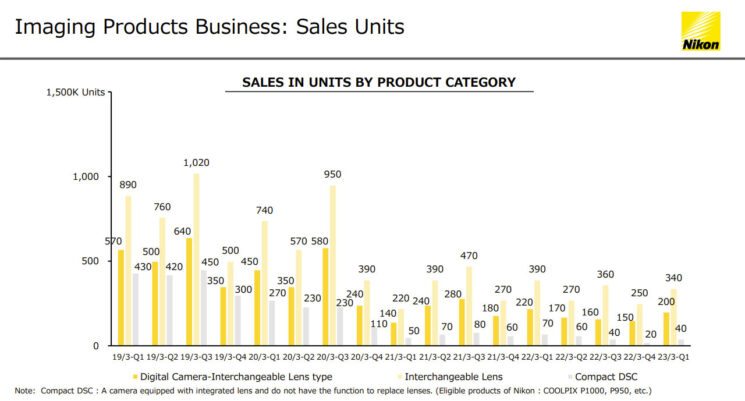 Nikon’s sales also seem to back up Canon’s idea that the camera market has “bottomed out” and that sales are pretty much as low as they’re going to get. No doubt the pandemic brought this inevitability to reality a little sooner than many manufacturers had expected, but Nikon’s levels, at least, have remained pretty constant ever since the pandemic kicked in. And while the sales figures for the latest published quarter aren’t exactly great compared to the previous couple of years, they do seem to be holding for now – even with all the recent price increases.

With the silicon shortage expected to hopefully end within the next year or so and manufacturers getting back up to full steam, it will be interesting to see where Nikon goes from here. With recent rumours (and non-commital rebuttals) that Nikon is discontinuing development of its DSLR product lines and the demise of compact cameras from almost all manufacturers, I’m curious to see what Nikon does next.