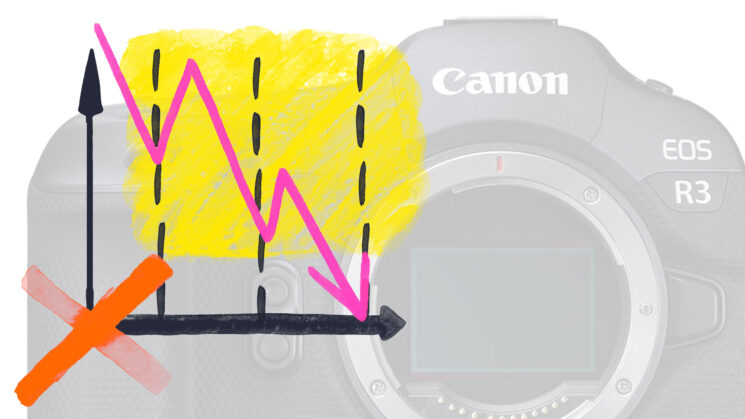 Canon recently released its second quarter 2022 financial results and in an attached question and answer document about the camera market and its future, the company was surprisingly open and upfront with regard to questions about the state of the camera industry. Canon says that the camera market “has largely bottomed out at its current size” and that they expect that from here on out, the only way is up.

Of course, it was never going to happen that the camera market would disappear entirely and Canon’s always known this. But they believe that numbers have gotten as low as they’ll get and that interest in photography is on the uptake again. They also say they’ll be producing both mirrorless cameras as well as DSLRs – for now, anyway.

When asked specifically what Canon’s outlook was for the camera market going forward, and whether they’d continue to offer both mirrorless and DSLR cameras, Canon said:

The camera market has largely bottomed out at its current size. Going forward, we expect the professional and advanced amateur segment to expand further and that products will become more highly developed. Accordingly, we expect the overall market to grow from now on. As for DSLR cameras, we will continue to supply products as long as there is demand.

For now, Canon, at least, sees that there is still enough of a demand for some DSLRs to continue producing and supporting them. Given that Canon has only recently launched APS-C cameras in their EOS R mirrorless lineup, this makes a lot of sense. Canon’s APS-C DSLRs have always proven to be extremely popular and unless one wants to switch to another brand, there isn’t really a viable alternative to most of them from Canon yet.

Sure, there’s the EOS M system, but with uncertainties about the future of EOS M, many users have stuck to DSLRs and the EF-S lens mount. That might change over the next couple of years, though, if Canon expands their APS-C RF mount lineup to include more entry-level models. Canon appears to have come to terms with the fact that many entry-level users have switched to other companies, though and seem committed more to the higher-end of the market. So, I guess we’ll just have to wait and see what happens there. Only capturing the higher-end of the market is only going to last for so long as those lower-end users who decide to upgrade in the future will more than likely stick with the brand they already have.

For now, though, focusing on the higher end seems to be working. According to the report, Canon has seen a 13.2% increase in sales income over the same quarter of last year in the camera department, with a projected increase of 15.4% for the year over 2021. The current projection is actually up 2.5% from the previous quarter’s projected income for 2022 and now stands at 499.7 billion yen.

Canon also spoke in the Q&A document about the costs of their equipment and the price increases that have come as a result of the global semiconductor shortage, supply-chain issues, etc. They do expect to continue growing and even if the world manages to recover smoothly from the problems and get back up to full production, they believe it’ll be at least a year before price increases are potentially reverted and settle back down to normal.

100 photos show the decline of the Church in Italy