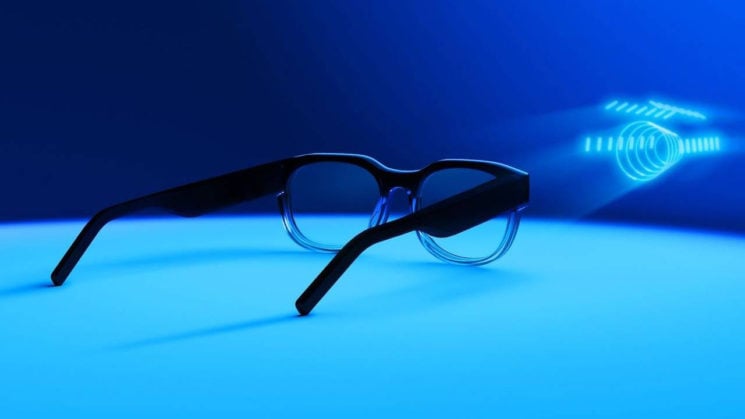 When Google first announced Glass a few years ago, there was a lot of excitement. Once they finally hit the streets, however, that excitement was short-lived. With numerous issues, chief amongst them being the privacy concerns, Google pulled them from the shelves to concentrate on the enterprise market.

But Google isn’t the only company working on “Smart Glasses”. Focals by North were released at the beginning of 2019. But now production is winding down as North gets ready to release their second-generation Focals 2.0. Very little information has been released about Focals 2.0, but now we know that they will have a built-in camera.

With the controversy surrounding the privacy issues of Google Glass, and the total lack of ability for others to know when a wearer’s camera was recording, it was unclear whether Focals 2.0 would include a camera or not. The first version did not include one and was merely a heads-up display. A tweet posted by Stephen Lake, one of North’s co-founders, showing the view from his Focals 2.0 glasses, though, confirms that Version 2 does indeed include a camera.

Unlike Google Glass, Focals isn’t just a personal heads-up display. Sure, they’re that, too, but they’re an actual pair of glasses that can be made to your prescription. As well as the addition of a camera, Focals 2.0 promises to offer support for a broader range of prescriptions so that more people are able to make use of them.

Looking at the video in the tweet, the quality of the camera isn’t amazing – in fact, you could get better with just about any smartphone released in the last five years – but it doesn’t look completely terrible either. For the purposes of things like augmented reality, it should do the job quite nicely. Also, bear in mind, a lot of videos posted to Twitter don’t look that great, regardless of the device used to create them.

Still, smart glasses technology is still in popular demand. The usefulness of a heads-up display is not in question. But there is still that privacy issue. So far, the couple of images that we presume are Focals 2.0 don’t show any obvious indication that there’s even a camera in the device. So, there’s possibly no indication at all that if you’re confronted by somebody wearing them that they may actually be recording.

There’s no word on a price yet, however the original Focals were $999 at release, although you can find them for around $599 today. For more information and to keep updated, there’s an email notification signup thing on the North website.