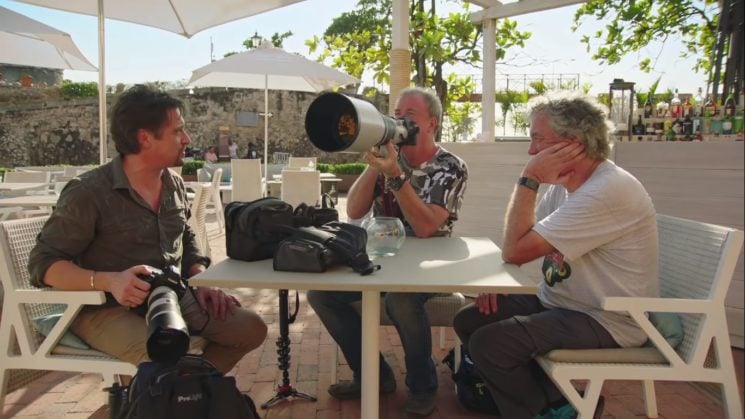 There are different types of photographers, that’s for sure. I don’t know if there are only two of them or as many as 30, but one can certainly take a comical twist on the differences between photographers. This is exactly what guys from The Grand Tour did. In this video, Richard Hammond, Jeremy Clarkson and James May got together, playing wildlife photographers who compare the gear they bought. It’s absolutely hilarious, and some of you will probably recognize themselves in it.

The video is relatively old, considering that it’s from Season 3 of the show. However, it was recently “resurrected” on Reddit where it got quite a lot of reactions. Richard Hammond is that photographer who has a wide selection of lenses for any possible occasion. Jeremy Clarkson is the one with “one lens to rule them all,” a Canon EF 600mm f/4L IS II. I laughed out loud when Hammond asked: “Are you photograph animals in this country?” And then, there’s James May who likes to keep it simple and uses a modest compact camera.

Make sure to watch the video, as it’s two minutes of pure fun and plenty of great jokes one after another. And let me know – which of these photographers are you? :)