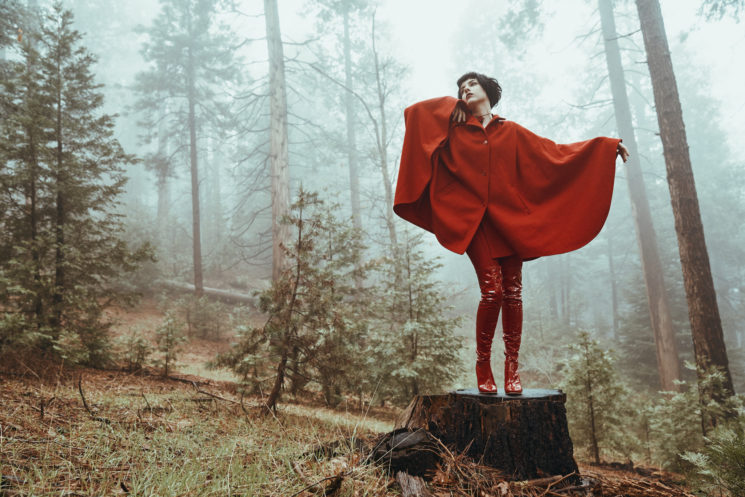 Justin Rosenberg is a photographer who loves fog! But that’s not all he shoots, in his own words he says ‘In my images, I aim to convey a sense of that hope in the struggle. Much of my work focuses on a single subject relating to a seemingly harsh/sparse environment. I’m often drawn to the natural world as a setting; particularly cold, foggy, and gloomy scenes. I find there to be a beautiful vulnerability in the loneliness and isolation of a subject in a harsh/sparse spaces.

Though fog is not in all of my work (mainly due to my lack of ability to control the weather), whenever possible, I try to incorporate it. Fog forces you to be in the present moment. In any direction, you can only see for a just a little bit, so all you’re left with is exactly what is happening in that moment. You can look in front of you, but you can’t see the future. You can look behind you, and you’re not defined by the past. You’re just exactly where you are, right where you need to be, right when you need to be there.’

DIYP: Tell us a little about how you got into photography, and who your influences are.

JR: I wish I had a some super artsy “Jesus emerged from the heavens and handed me a camera” type response for the first part of this question. The reality is, just kind of happened slowly and organically. I always had cameras around while growing up, thanks to my father and uncles, but I wasn’t super into them as a kid. I think I started taking it a little more seriously in early college when I bought my first Canon Rebel (film) and Canon Powershot A70 (digital). I remember selling my first print, a $50 print I took of some Florida wetlands, and thinking that Nat Geo would be calling the next morning with my first global assignment. They never called. I spent the next few years shooting a lot of nature/landscape/bird photos, but never really thought about it as a viable career option. In 2007, my uncle gave me his used Nikon D70. I think that might be the camera that helped me fall in love with photography. I did what any hobbyist does and joined my local camera club.  We were very fortunate to have some truly talented and world-known photographers both in the group and as guest lecturers/instructors.  It was around that time that I got the itch to make a career out of it, but I didn’t want to leave the decent money I was making at my day job (plus, sadly I was very into drugs back then and needed all that day-job money to support a nasty opiate addiction — not sure what the rest of the questions are, so just in case it doesn’t come back up, don’t worry to anyone reading this, I have over 7 years of sobriety now :)). Anyhow, flash forward to 2011: I moved to LA (to get sober), and via some random serendipity, ended up with an internship at a small non-profit ad agency doing photography for them. They quickly made me a staff photographer, and then in 2014 I decided to go out on my own full freelance and haven’t looked back since. Just realized your question was “tell us a LITTLE about how you got into photography.” Sorry. the TL;DR version: Bought some cameras. Sucked. Learned some stuff. Now I still suck, but I suck less than years ago. 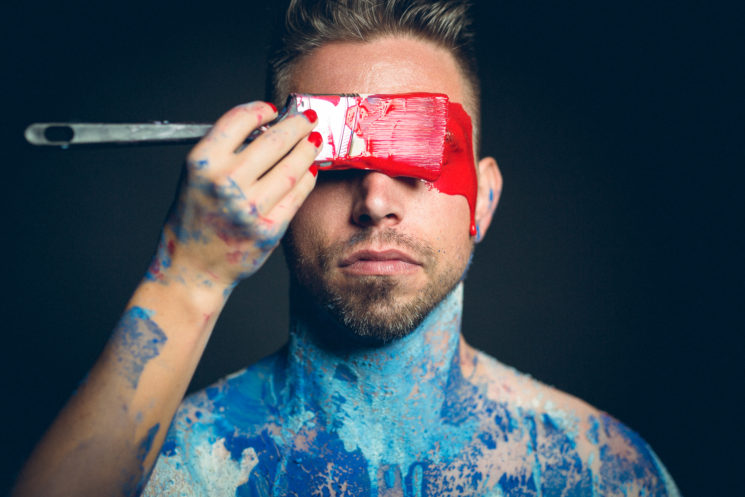 My influences? Ok. Far too many to name, so I’ll list a few (in no particular order): Tim Walker, Robert Capa, Gordon Parks, Mert and Marcus, Dan Winters, Brittany Markert, Greg Heisler, Roger Ballen, Tiny Timko, Annie Leibovitz, Marta Bevacqua, Gregory Crewdson, the monkey that took the selfie that ended up in a copyright lawsuit, Richard Alvedon, Alec Soth, Todd Hido, Helmut Newton, Evelyn Bencicova, Ansel (duh!), Man Ray, Nan Goldin, and oh soooo many more (both living and dead). A lot of my work is also influenced by music, particular the band TOOL. Oh, and meteorologists are a big influence on me as well.

DIYP:Your body of work features mainly art nude and fog. Did you start shooting with these subjects or is it something that evolved over time?

JR: Both of those concepts, as well as their pairing, just kind of organically evolved over time. It wasn’t until I really started exploring Southern California forests/mountains that I truly fell in love with fog. 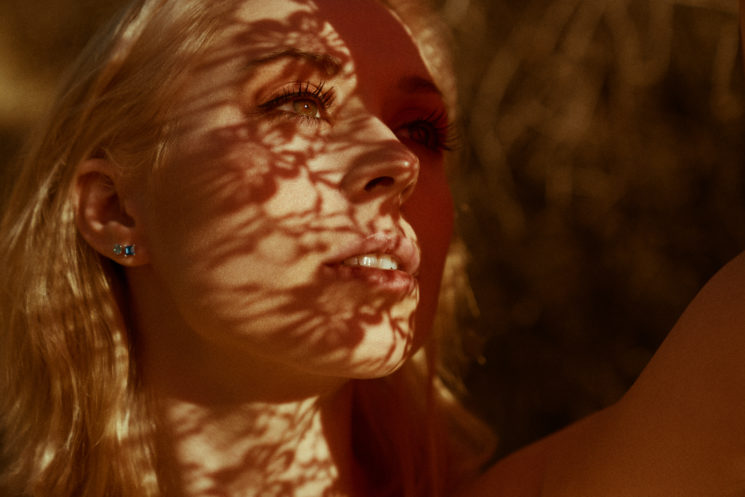 DIYP: What advice would you give to photographers who want to shoot art nude?

JR: Don’t be a creep 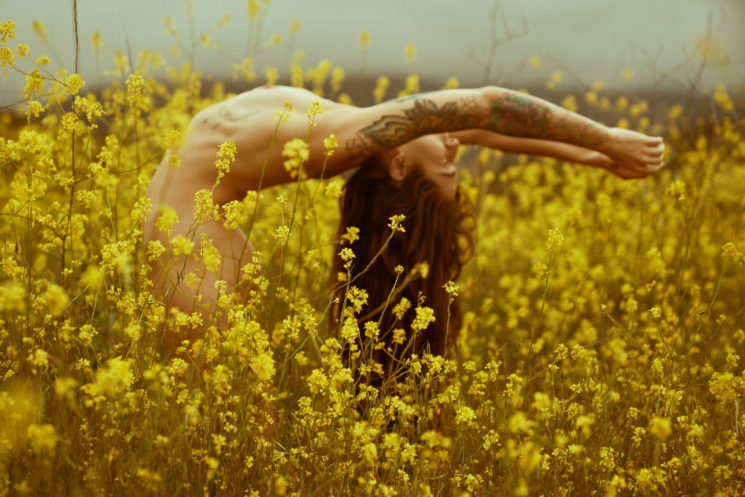 DIYP: Your work also has a lot of outdoor locations, do you scout locations first or shoot as you find them?

JR: A little bit of both, but mainly tend towards driving and finding. I tend to shoot in a lot of the same general areas (a few specific forests/deserts/coastal areas, etc), so I’ll know the general vicinity of where I’m shooting on a given day. I’m not sure if this makes sense, but I actually love the challenge of not knowing the exact location I’ll be shooting at each time. My work isn’t super narrative driven, so I don’t really look for “the perfect spot” for any particular shot. I try to avoid the popular “instagrammable hotspots” (though I’ve certainly photographed a few over the years). Part of why I love my location shoots is the actual drives to (and in/around) these places. One of my happiest existential states is when I’m 6000ft up on a curvy/icy/foggy mountain road and the GPS is turned off. 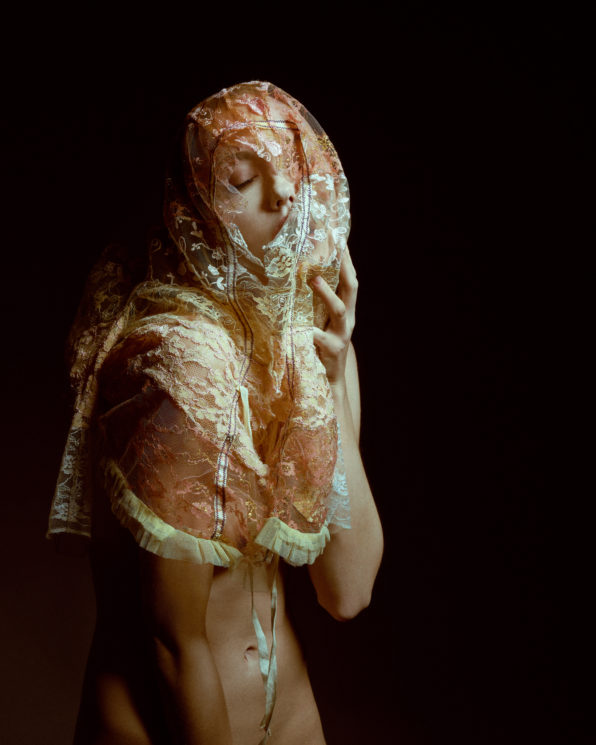 DIYP: Are there any other genres of photography you would like to dip your toes in?

JR: Though I’m massively inspired by fashion photography, and some photos I’ve done are borderline fashion-ish, I’ve never once thought of myself as a fashion photographer. That being said, I absolutely love how Tim Walker (and many others on my names list above) blend the two worlds of fine art and fashion. I haven’t quite figured out how to do that in my own way. Yet. 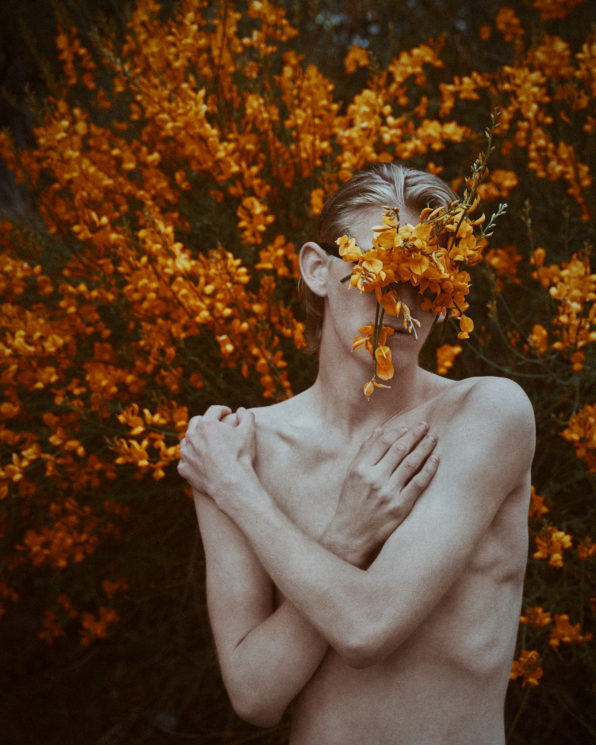 DIYP: How important is Photoshop in your workflow?

JR: I edit everything on an Iphone 3gs. I kid. I kid. Photoshop is super important to me. I do basic raw stuff in Capture One, and the rest (pixel pushing, DB, color work, etc) is all done in photoshop. 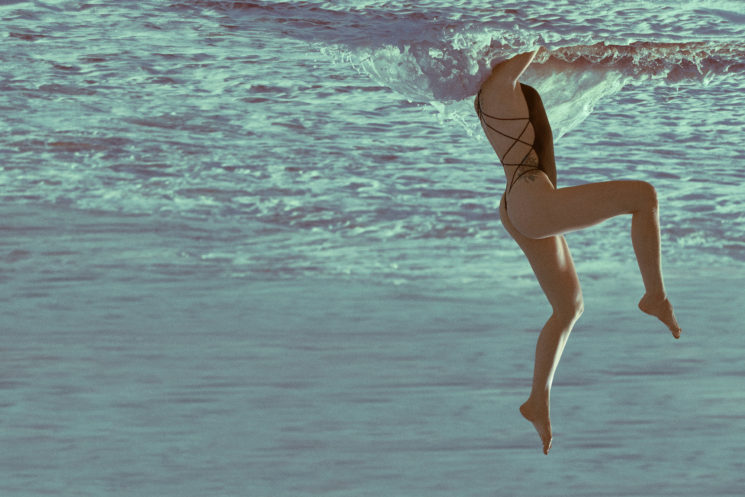 DIYP: Out of all your projects, which had the most impact on your life?DIYP: If you were only allowed to give one essential piece of advice to a beginner, what would it be?

JR: Ok. I honestly can’t pick just one, so I’ll mention a few. Two are projects that are more in the corporate side of my photography. The first is a project called Blue Butterfly Village: A few years ago, I did amulti-dayy shoot for a non-profit that my friend Heidi was part of. She, and a bunch of interior designers and in partnership with Volunteers of America, completely renovated a 73 unit formerly abandoned Naval housing complex. Over the course of a few months, they refurbished the homes and made them livable and move-in ready for homeless female veterans and their families. I got to document much of the refurbishing process, as well as some of the reveals for the first families. Another one is a recent portrait shoot at a child and family services type non profit I often work with. They needed portraits for their Women Of Excellence program. One of the women I photographed for this was a kind woman in her 70s named Carolyn. Before shooting, she explained to me that she was hesitant about the shoot because she was undergoing intensive cancer treatment and felt she didn’t look like herself. I kept the shoot really quick, because it was a physical struggle for her to pose. After, I took a chance and showed her my favorite shot on the back of the camera. She instantly broke down crying. I immediately regretted showing it to her, thinking the worst … until she asked if she could hug me because it was the first time in years that she felt beautiful again. We hugged. I cried too. Here’s the really bittersweet part: About two months later, I get an email from her friend (who I also photographed that day). She explained to me that the family loved the photograph so much they wanted to use it as the cover photo for her funeral booklet. I cried. Again. And as my last part of the answer to this question, I’ll just answer: the totality of my current fog work. I often joke that I don’t want to be known as one of those artists that takes themselves too seriously, and then sometimes life throws me a gut punch. Literally last night, I get a direct message from a random follower on Instagram. She said that she has been going through a serious depression which has bordered on suicidal, and that my foggy photos have helped her keep hope alive. I cried. Again. 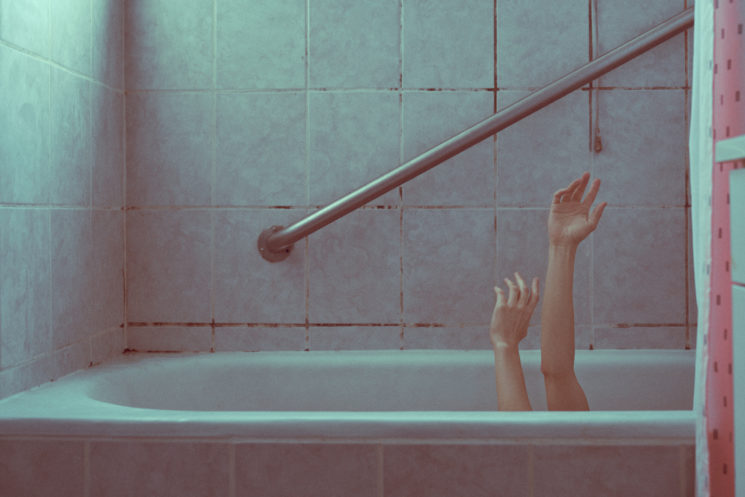 JR: Shoot everything. Every style. Every subject matter. Then stop doing that. Also, watch that Ira Glass “The Gap” video. Then watch it at least once an hour. Then watch it again. 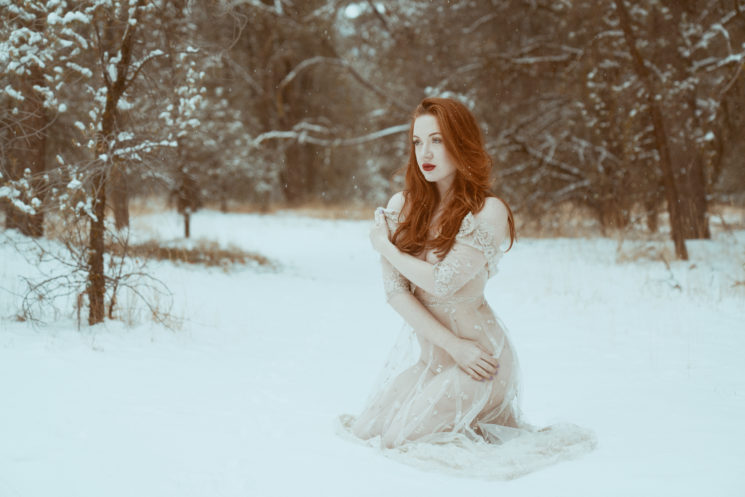 DIYP: What cool projects do you have lined up for 2018.

JR: Can’t say. Not because I’m being all secretive about it; more because I just don’t have that much lined up right now. Well, besides a bunch more foggy (hopefully) shoots. Oh, and some other stuff. Now I’m just being vague. Probably on purpose :) 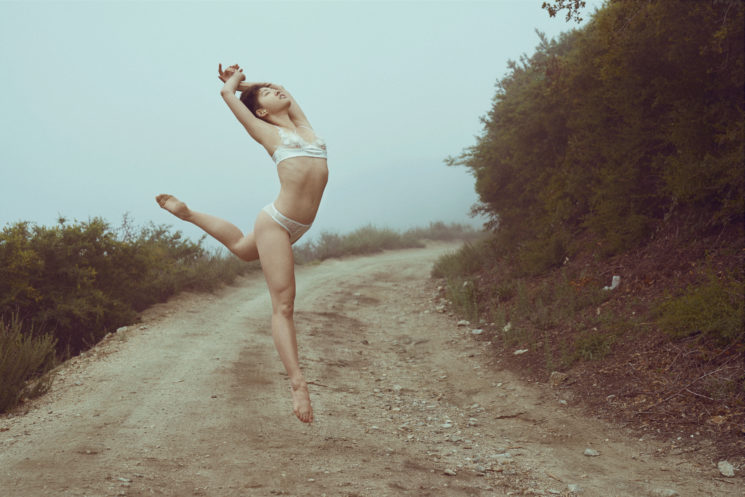 JR: Getting better at selling photo books and large prints (well, hopefully, a lot sooner than 10 years from now). Oh, and maybe by then, I’ll have developed a better weather app for photographers. The fog-predicting accuracy of most of the available ones is pretty shitty. Can I curse in this? Oh well, I just did. *And ooh, 37% of current me wants to explore the idea of vlogging .. so maybe by then, the remaining percentage will get involved.

Can you be a successful fashion photographer outside a big city?

No studio? No problem – Here’s how to take fashion portraits in your backyard shed

« Is losing your camera the worst end to a trip ever?
Photojournalist David Douglas Duncan dies at 102 »