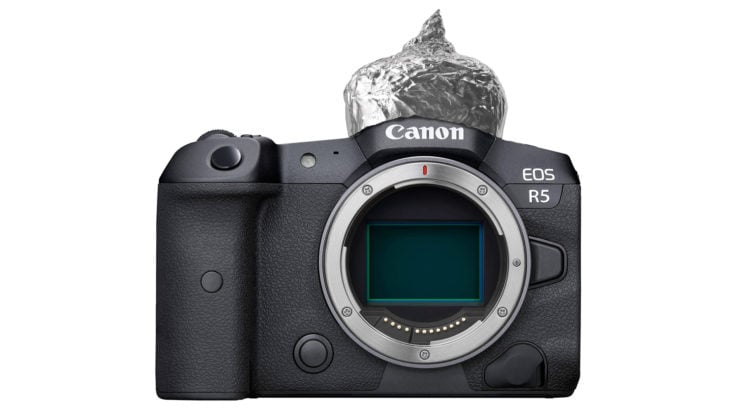 Johnnie Behiri at CineD recently interviewed Canon Product Management Director of Image Communication Business at Canon Europe (that’s a mouthful!), Katsuyuki Nagai to talk about some fo the EOS R5 and EOS R6 overheating issues – and the limitations imposed on the camera.

Naturally, the topic of whether Canon was intentionally crippling their DSLR and mirrorless cameras so as not to impact their pro cinema line cameras came up. As one would expect, Mr Nagai not only refuted the accusations but said they belong “on the conspiracy theory pile”.

A number of different aspects of the EOS R5 and R6 were discussed in the interview, including why Canon even chose to pursue 8K in the first place. His answer was a simple “Someone has to be first”. And, well, yeah, I supposed they’re right. Canon made the first DSLR to offer 1080p video with the 5D Mark II. And they were very quick to jump on 4K in 2012 with the EOS 1D C.

Someone has to push the boundaries as to what is possible. It’s worth noting that new games consoles support 8K and we are seeing more brands pushing 8K TVs, which will be in the homes of many users in the near future more so than 4K was back in 2012.

But the 8K in the EOS R5 is seen by many as a bit of a gimmick, given the limitations placed on one’s ability to shoot it. You can only do for short periods (although a recent firmware increased the duration slightly) and once it overheats, you’ve really no idea how long you’re going to have to wait before you can do it some more.

There is much evidence that the time limits placed on the EOS R5 seem to be down to simple timers and not the actual recorded temperatures inside the camera – given how easy it is to reset and trick the camera into shooting more. Johnnie asked Mr Nagai flat out about accusations that Canon is purposefully limiting its EOS mirrorless cameras so as to not impact its professional EOS cinema line.

This is an accusation we’ve seen before which belongs on the conspiracy theory pile. It is simply not a sensible business idea as users are more likely to switch to competitor systems than buy a much more expensive camera to get a certain feature.

There are factors that govern what a camera can and cannot do, the primary of which is the components used based on the cost of the camera. Making a camera that can do everything would require higher resolution viewfinders, bigger buffers, faster processors to handle the data, faster card buses to write to cards etc, all components which typically cost more.

It is important that we evaluate the primary customer for each product and decide what features would be required by that typical user. We do not ‘cripple’ our cameras, our aim is always to focus the product better to the typical user.

Essentially, Mr Nagai says that it’s a limitation of the hardware used inside the cameras. And to increase their capabilities would increase their price. There are also design factors that need to be taken into account. The EOS R mirrorless range are hybrid cameras, designed to be great for stills and decent enough at video. They’re not video cameras.

But, that’s the final word on the “Cripple Hammer” from Canon, so you can take your tin foil hats off now.

Head on over to CineD to read the complete interview.