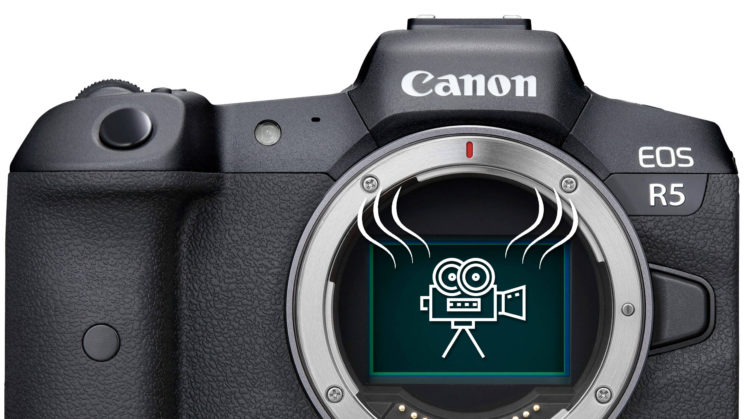 Canon has received a lot of criticism over the Canon EOS R5‘s overheating issues, especially since it started to look as if the limitations were arbitrarily imposed by Canon and not based on actual temperatures. Well, now they seem to be addressing some of those issues with a new V1.1 firmware update.

Now, this certainly isn’t going to make everybody happy, as the benefits seem relatively minor, but it is at least an improvement. As well as extending the shooting times, the firmware fixes a few typos and corrects some bugs.

*The firmware scheduled for release in early September will incorporate the following improvements for the RF100-500mm F4.5-7.1 L IS USM.
-Supports 6-stop image stabilization. (CIPA-compliant)
-Improves IS capabilities when performing continuous shooting under specific conditions.

Firmware Version 1.1.0 is for cameras with firmware up to Version 1.0.0. If the camera’s firmware is already Version 1.1.0, it is not necessary to update the firmware.

You can download the new firmware here, but if you want to see what the real-world difference is first, have a watch of this. Jordan over at DPReview took a pair of EOS R5 cameras out for a spin, one with the original v1.0 firmware and one with the new v1.1 firmware to see how they compared side-by-side, shooting in the same exact conditions.

As you can see, there is an improvement, with longer shooting times and faster recovery, although the differences aren’t that drastic when you just look at the numbers. Shooting 8K, the V1.0 firmware died at 19:41 while the V1.1 firmware died at 24:53. A five-minute increase isn’t a huge difference, although it is 25% more. After leaving both to cool down for half an hour, the V1.0 camera showed 5 minutes of available record time while the V1.1 camera showed 10. After an hour, the V1.0 and V1.1 cameras were 10 and 15 minutes respectively.

Jordan also does a couple of other tests and comparisons in the video, so if you’ve been holding off buying an EOS R5, then it’s worth a watch to see if it can now give you what you need, despite the differences being fairly minimal.

What will be interesting to see is a V1.0 vs V1.1 comparison on a real production. Although the timing changes might not be huge, for many video shooters doing lots of short takes with plenty of downtime in between, they might actually make the EOS R5 usable in a real-world video shoot now.

It’s definitely better than it was, but is it enough?

« This fun optical illusion will make you see a black and white image in color
Female photographers, you can now apply for 2020 Leica Women Foto Project Award »