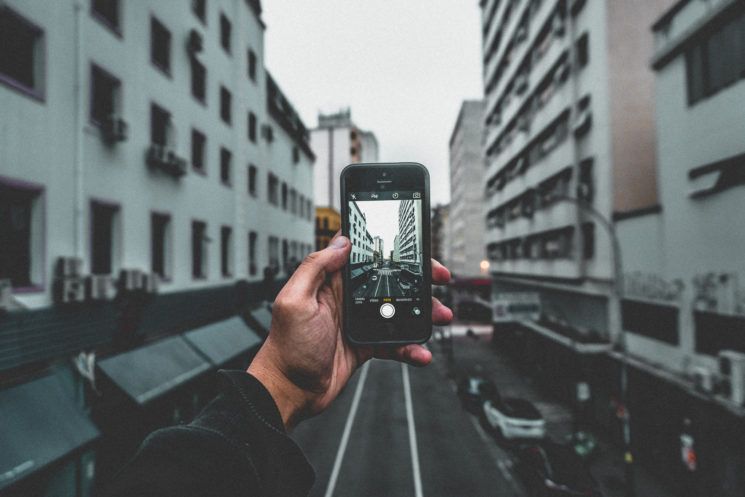 A few decades ago, it was impossible to imagine a camera without film. It was also hard to imagine a gadget such as a smartphone. Now, these two are merged together and becoming better and better all the time. But what would happen if you took away the camera from a smartphone, but still be able to take photos with it? A theory is that this could be awaiting us in the future, thanks to the artificial intelligence. The endgame for cameras in the future could be having no camera at all.

According to the Verge, one day we may be able to capture images without the photographic equipment. No lenses, no sensor, no light – just the artificial intelligence. You will need to point the phone camera at something, and Google will use the data to simulate the scene. Based on your location, direction, position, the angle of the shot, the time of day and the weather – the software will generate the image of the scene you’re photographing.

It could also be possible to photograph people at a location. You should snap a bunch of portraits in advance, and the software will be able to stitch the photo of people and the scenery together.

This theory sounds intriguing, exciting, and a bit scary, too. Artificial intelligence can already achieve a lot of things we couldn’t have imagined before. It’s hard to visualize that you wouldn’t need a camera to take a photo, but on the other hand – you can already recreate portraits using a Gameboy. This concept of “camera without the camera” may be hard to imagine now, but when you think about it – who could have imagined the Internet before it first appeared?

When it comes to photographing without the camera, one part of The Verge’s article particularly captured my attention:

The trouble with light is that there’s rarely ever enough of it, and capturing it requires battery power and complex physical components. It used to be the only source of information for photographs, but in the digital age we have countless others. They don’t strictly need to replace cameras altogether, but they can certainly assist, improve, and in some circumstances supplant the traditional method of taking a photo. If cameras are to maintain their quality while shrinking down to the microscopic levels where they can fit inside a Google Glass or other wearable technology, they might need to not be cameras at all.

It’s true that sometimes the amount of light is insufficient for a decent photo. We could use some new solution to this problem when none of the ones we know are available. Still, if we took photos without the light, but by using artificial intelligence – could it still be called photography? If AI is the future of phone cameras (or cameras in general, some day), should it become an entirely new genre and a new medium?

What do you think? Could artificial intelligence assist photography, or even replace it completely someday? Or is it possible that the two mediums coexist separately?

« How to get better audio in your video edits by using the environment
Should the Media Use Official Portraits When Reporting Misconduct? »