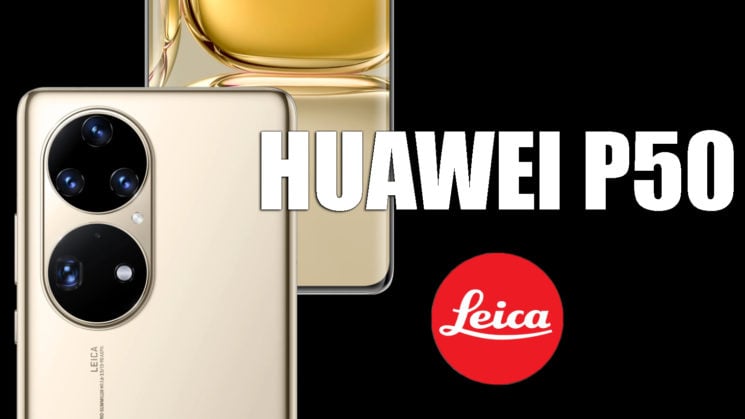 Huawei has just announced the latest flagship phones: the P50 and P50 Pro. The company teamed up with Leica to create a dual-matrix camera module packing a total of four rear cameras. It looks like this phone is all about photography, so let’s check out what it has to offer.

Since we’re mainly interested in camera specs here, I’ll get right on it. Both phones have two circular camera bumps with cameras and the flash inside. The P50 is a cheaper version with three rear cameras: a 50MP main camera, a 12MP telephoto with 5x optical zoom, and a 13MP ultra-wide camera. The P50 Pro has one rear camera more: there’s a 50 MP main camera, a 64MP telephoto with a 3.5x optical zoom, a 40MP monochrome, and also a 13MP ultra-wide camera. Both models have 13MP selfie cameras with a single lens. Oh, and none of them are liquid lenses.

As for the video capabilities, the P50 films 4K@30/60fps, 1080p@30/60fps, and 1080p@960fps. It’s also equipped with gyro electronic image stabilization. It’s splash- and dust-resistant and waterproof down to 1.5 meters (~5feet) if you feel like shooting or filming underwater.

DxO Mark tested the Huawei P50 Pro and called it “outstanding in all areas.” They point out low noise levels and wide dynamic range in all conditions as one of its pros. There’s also accurate and natural white balance, which is something older Huawei phones struggle with. When shooting video, the AF is stable, and the stabilization does a pretty good job, too.

On the minus side, DxO Mark put the shallow depth of field, which can put subjects out of focus in multi-plane portraits. Low-light isn’t this phone’s best friend, so there are “occasional autofocus failures” and the video can get really noisy. But all in all, the pros seem to beat the cons, at least from this test.

Even though the camera has some stellar specs, the US sanctions to China are really taking their toll on this phone. First of all, both P50 and P50 Pro run Huawei’s new operating system, HarmonyOS. Google decided to stop licensing its Android software to Huawei in 2019, so other than the new operating system – there are no Google apps on this phone either. Also, the phone lacks fast 5G internet and goes with 4G instead. This is, reportedly, again due to the US sanctions, but also the global chip shortage. Lastly, it’s not known when and if it will appear in the US market. Even if it did, I think that a new operating system and the lack of Google apps would be a deal-breaker for many.

Personally, I think it’s such a shame that Huawei doesn’t support Google apps any longer. I still use an older Huawei phone so I have access to my Gmail, Google Maps, and of course Google Search. Even for an older model, its camera is pretty good. But when it’s time to buy a new phone, I’ll probably have to switch brands since the lack of Google apps is a huge deal-breaker for me.