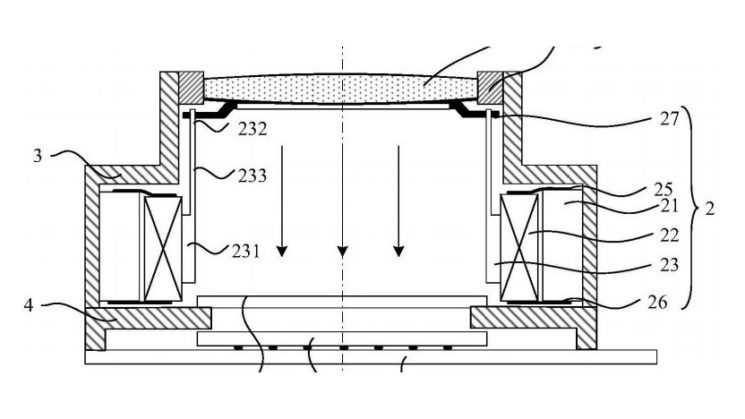 Liquid lens technology isn’t a new idea, but it hasn’t really taken off. We’ve seen a few gimmicky implementations over the years, but we’ve yet to really see anything implemented in a consumer device on a large scale. It looks, that Huawei might be looking to change that, though, as a new patent has recently been approved detailing a liquid lens smartphone camera module.

Gizmochina seems to think that it might debut on Huawei’s next series of P50 smartphones, but Samsung’s been working on similar technology since at least 2005 with a company that’s been exploring them for even longer, and it’s still not here. Huawei does tend to push things when it comes to the cameras in their smartphones.

According to Huawei Central, who also believes the lens may appear in the P50 series (if it’s not already planned for the Mate 40). the patent was filed on December 25th, 2019 and approved last month on April 7th. According to the information, they say it includes moving a motor, camera placeholder and electronic hardware to move the liquid lens. 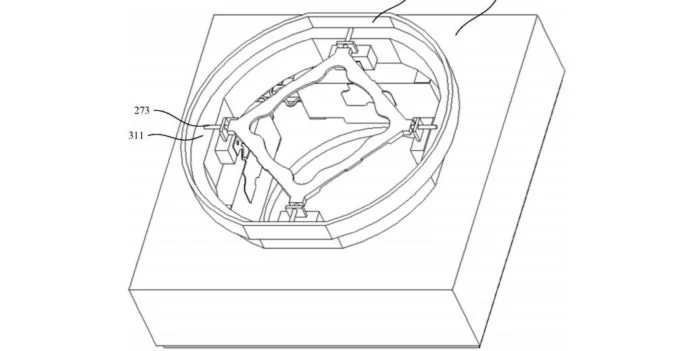 Moving Hardware: Includes a stator – a moving part, that moves in the direction of the optical axis. The moving part acts when it receives power from the Motor, and squeeze or pulls the liquid lens through the connected spring.

Limiter: Limits the connected spring in the direction of the optical axis when the range of altitude changes.

In work: This structure used to move the liquid lens to achieve autofocus and optical image stabilization. Moreover, the solution also improves the stability and reliability of the motor under conditions such as impact or drop. 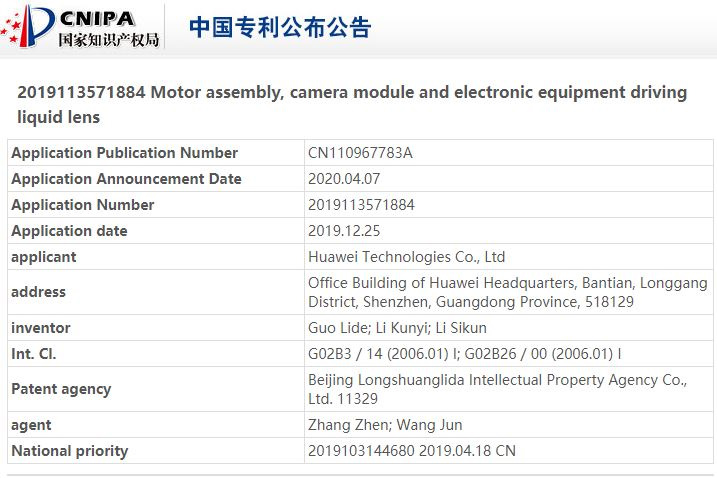 Why bother with a liquid lens? Well, the goal is rapid autofocus. They can potentially rack through their entire range of focus in microseconds with near-instantaneous lock. It should also mean easier and faster tracking of moving subjects, too, with erratic movements that would be difficult for existing autofocus systems to follow.

For a really in-depth look at how liquid lenses work, have a watch of this video from Applied Science back in 2011 (as I said, they’re not a new idea).

I suppose it’s possible that Huawei has been going hard at developing this behind the scenes for the P50, but patents rarely seem to appear quickly in the real world, if at all. It may just be that they’re getting it registered simply to prevent the competition (who are also working on this stuff) from potentially registering it first while Huawei keeps developing it.

Do you think we’ll see this tech come as quickly as a P50 release?