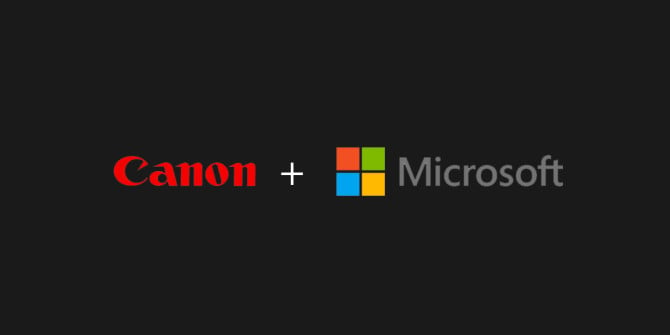 Yesterday, Microsoft and Canon announced a new broad patent cross-licensing agreement, which will essentially grant the two giant companies licenses to each others patent portfolios.

While Microsoft and Canon have been known to partner up in the past, this time around the situation looks pretty different. There’s a number of reasons this agreement took place, and the top possibilities revolve around the mobile industry. Microsoft and Canon may not have disclosed the terms of the agreement, but they did mention that “certain digital imaging and mobile consumer products have been included in the agreement.”

With Microsoft’s recent business ventures with Nokia, the patent agreement may very well be the beginning of an involvement by Canon in Nokia’s Windows Phone line. With how heavily focused the mobile company is on its smartphone cameras in the Lumia line, Canon would be a great company to get support from.

While investing into production on Windows Phone cameras might look like the best bet for where the deal’s headed, patent agreements like this happen all the time. Samsung’s done it with both Apple and Google, for example – the reasoning can be as small as using a chip manufactured by one company for the others’ phone. The fact is that no patent agreement like this should be too heavily looked into; but given that Microsoft and Canon have made an agreement at this in a point in time when Microsoft is heavily investing into its Windows Phone line with Nokia, it’s safe to assume that Canon is well aware of its potential with the company.

We would love to see a Canon powered smartphone, wouldn’t you?