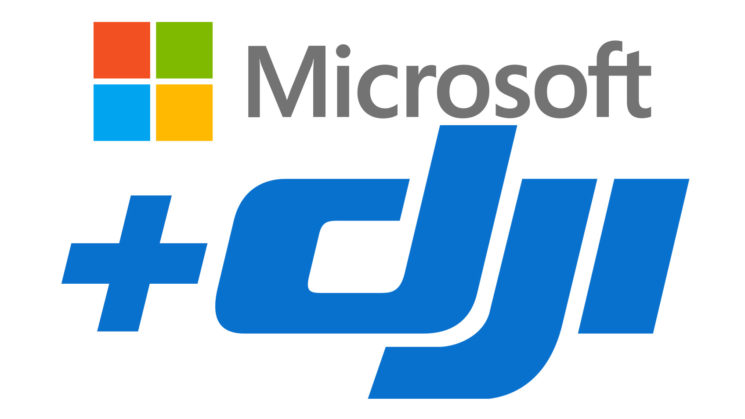 DJI has announced that they’re partnering up with Microsoft to announce new developer tools for Windows. The tools are designed to enable real-time AI and machine learning for drones. This, DJI says, will help businesses “harness the power of commercial drone technology and edge cloud computing”. It all sounds very cool, but I’m having some pretty serious Terminator 3 flashbacks.

Of course, it’s not quite that type of AI. The SDK will allow direct connection between DJI’s drones and Windows computers to offer full flight control and data transfer. It will analyse aerial images and video created by the drones, to offer “actionable insights” using Microsoft Azure’s AI & machine learning capabilities.

The SDK will also allow Windows developers to create software to remotely control DJI drones for autonomous flight and real-time data streaming. And it will let them integrate and control third-party payloads, like multispectral sensors and robotic components (calm down!).

DJI is excited to form this unique partnership with Microsoft to bring the power of DJI aerial platforms to the Microsoft developer ecosystem. Using our new SDK, Windows developers will soon be able to employ drones, AI and machine learning technologies to create intelligent flying robots that will save businesses time and money, and help make drone technology a mainstay in the workplace.

This next bit of the announcement sounds a little more Fifth Element to me than Terminator 3, and definitely offers some very interesting potential. One can imagine a “rapid response” fleet of drones that can instantly respond to incidents at all kinds of industrial or commercial sites. Then, analyse the scene and fire information back to whoever is appropriate, be that police, fire & rescue, or other response teams.

In addition to the SDK for Windows, Microsoft and DJI are collaborating to develop commercial drone solutions using Azure IoT Edge and AI technologies for customers in key vertical segments such as agriculture, construction and public safety. Windows developers will be able to use DJI drones alongside Azure’s extensive cloud and IoT toolset to build AI solutions that are trained in the cloud and deployed down to drones in the field in real time, allowing businesses to quickly take advantage of learnings at one individual site and rapidly apply them across the organization.

DJI and Microsoft are already working together on other AI technology. Microsoft’s FarmBeats aggregates and analyses data from both aerial and ground sensors using AI. It looks at heat, light, moisture and other factors to study crops, animals and the land. Integrating DJI’s PC Ground Station Pro it creates real-time heatmaps enabling farmers to identify crop health, pest infestation and other issues.

The DJI SDK for Windows will become available in autumn 2018. To find out more, check the DJI developer website.

And I wouldn’t get too worried about DJI’s drones attempting to take over the world and destroy mankind. After all, this is Windows we’re talking about.