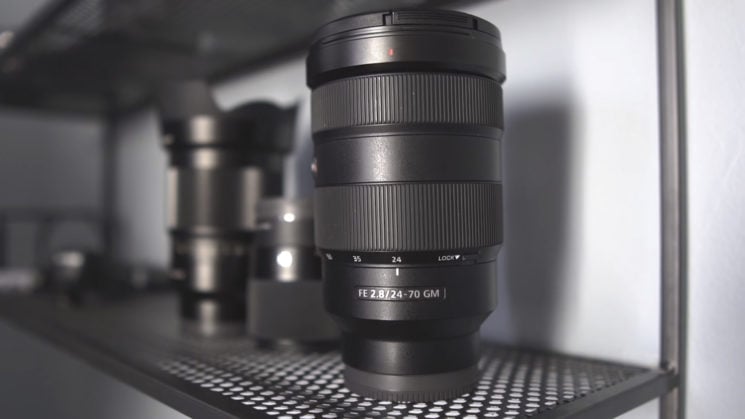 Just as Taylor Jackson is explaining how the 24-70mm lens sucks for weddings, up comes Manny Ortiz. He believes the opposite. He says the 24-70mm f/2.8 lens is vital for weddings and that every photographer should own one. They’re two polar opposite views. In this video, Manny explains why he thinks a 24-70mm should be in everybody’s bag.

It’s interesting how, in Taylor’s rant, he suggests that a 35mm & 85mm prime lens combo would be a much better choice than a 24-70mm f/2.8 zoom at weddings. Interesting because this is the combination of prime lenses that Manny used to use to shoot weddings.

Manny says that this pair of primes would make him miss shots because he’s switching between bodies, and constantly trying to catch up adjusting settings between them. When he switched to shooting weddings with the Sony 24-70mm f/2.8 GM, he was able to catch more of the day because he was fiddling with the camera settings less often.

He does also say that this really only matters on paid jobs, especially unrepeatable events like weddings. When you’re not in control of what’s going on, you can’t afford to miss a shot. You can’t really ask the bride and groom to repeat the first kiss because you just switched bodies and blew the exposure out by four stops. Sure, you can ask them to kiss again, but it won’t be the same. The look and feel will be different.

Personally, I shoot Nikon. I was never a fan of Nikon’s 24-70mm f/2.8G lens, but I was also never a fan of weddings. I did shoot other events, though, and I gave it a chance several times. But Nikon’s 24-70mm f/2.8G just never felt right for me. I was never comfortable with it. By the time the new 24-70mm f/2.8E VR was released, I had already acquired a big stack of primes. So, I just don’t have a need for it anymore. It’s certainly not essential in my kit bag.