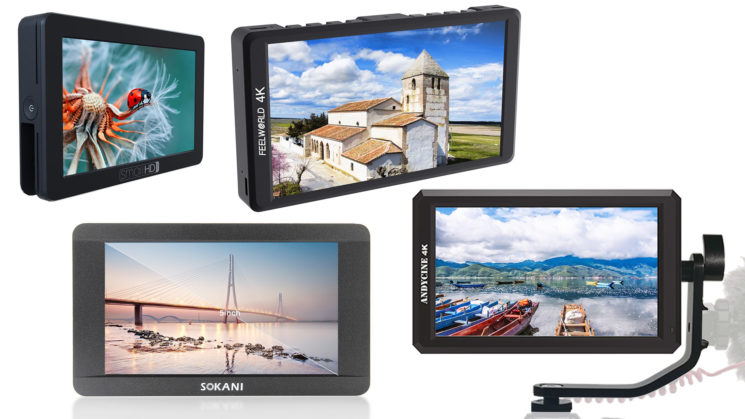 With more DSLR and mirrorless owners turning to video, the topic of camera monitors comes up fairly frequently. As a result, there’s a lot of choice out there now when it comes to camera monitors. They come with a whole host of different features, too. Some of those features are more beneficial to certain types of filmmaker while they may be overkill for others.

But which is the best? In this video, Caleb Pike at DSLR Video Shooter takes a look at four popular 5″ monitors ranging from $179 to $499 to see how they stack up against each other. 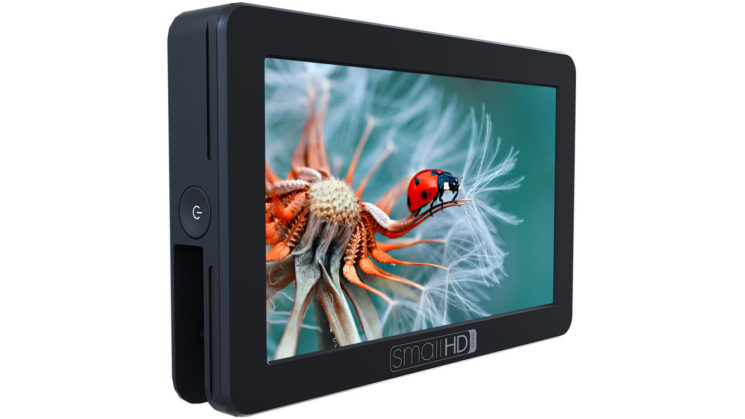 The SmallHD FOCUS is one of those monitors that, for most people, when they use it they just love it right from the start. It has an 800 nit 10Bit IPS LCD panel, which is very good for this type of work, and should allow you to easily see the screen even in quite bright conditions.

It stands out above the other monitors in this comparison due to its user interface. It offers so many options that the other cameras don’t, such as custom view profiles. If you want one setup for working with this camera, and a different one for another camera, you can do that. Want separate screens for checking colour, focus and composition? You can do that, too.

It’s a very well built monitor, too, and supports up to 4K UHD. It also supports LUTs and all of the meters that you’ll have become accustomed to for video editing (waveform, vectorscope, etc). That being said, this is the lowest resolution of the monitors in this comparison, coming in at only 1280×720 pixels. So, if that’s a concern, you may want to consider the other options. 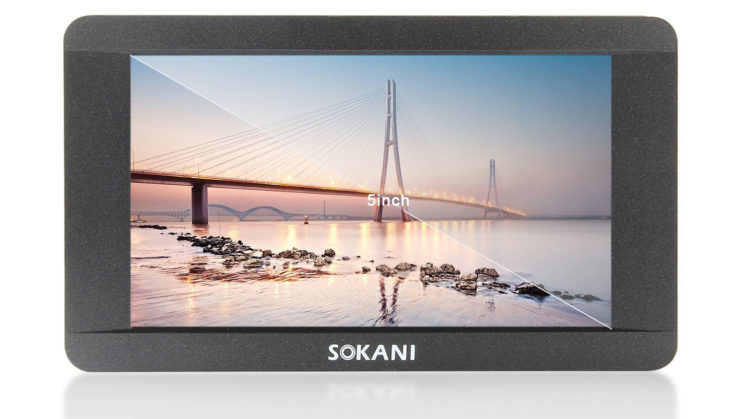 Despite being $200 cheaper than the SmallHD, the little Sokani 5″ puts out 1920×1080 HD resolution. It, too, accepts signals up to 4K, features a touchscreen LCD with pinch to zoom, and offers histogram, false colour, peaking, and various other filmmaking aids. But it’s not quite as bright as the SmallHD FOCUS, at only 450 nits.

Another feature it has over the SmallHD FOCUS is HDMI passthrough. This means you can pipe a signal from the camera into the monitor, and then back out to something else. Like, perhaps a second monitor if you have somebody pulling focus for you. Or maybe an external recorder like an Atomos. 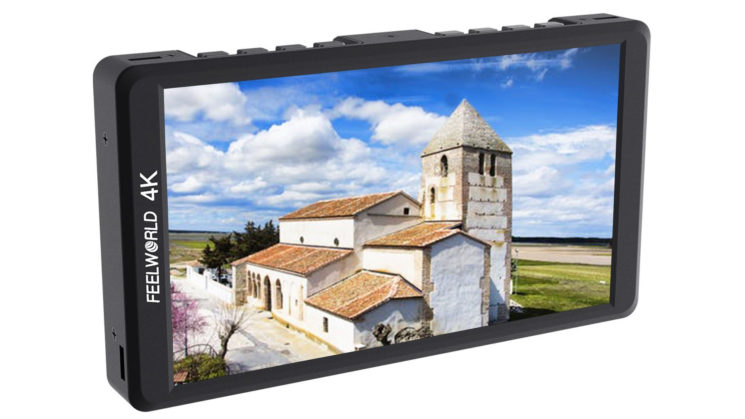 When it comes to bargain-priced 1920x1080p monitors, the Feelworld F570 takes some beating. At only $199, it’s fairly impressive. It’s a 5.7″ monitor, at 450 nits, and offers an almost full metal construction. It’s sharp, provides false colour, full HD, slightly larger than the two above, and focus peaking assist.

It doesn’t have the advanced features of the SmallHD FOCUS, but it does offer HDMI passthrough. So, if you just need something bigger than your camera’s LCD, it’s not a bad way to go. 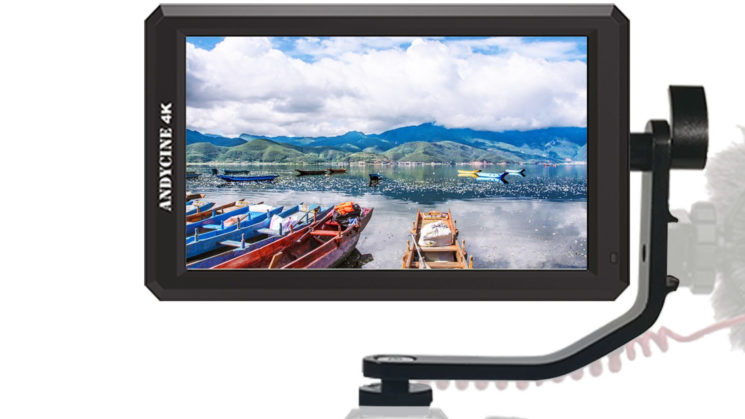 While you gain resolution, you’re losing a lot of features over the FOCUS, though. The build quality isn’t great, and you don’t get waveforms and a vectorscope, but at this price you can’t really expect much. But it does offer a histogram, focus peaking, false colour and zebra exposure, as well as some other handy tools.

So, which of the four monitors you go for above will depend entirely on your needs and budget. But it looks like all four of them are well worth the money, if they can stand up to your own demands.

Personally, I’m a fan of the slightly larger 7″ monitors, and if I had to pick a favourite, I’d be looking at the Aputure VS-5 (despite the “5” in its name, it is a 7-inch monitor). It comes in at about the same price as the SmallHD FOCUS and offers a similar set of features, but is larger and 1920×1080 resolution.

Canon’s EOS R6 will cost $2,499 but is a little more premium than your standard entry level camera

The Case for Field Monitors