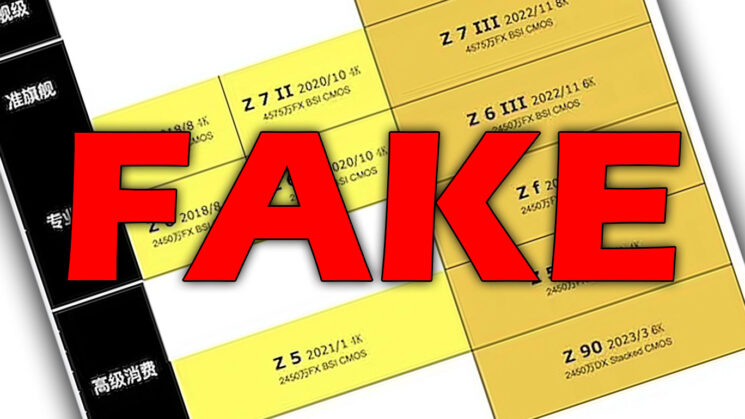 There’s been an image floating around for a few days now, first posted by Nikon Rumors and then picked up by just about every other rumours site. On first glance, it does look like it could be quite real, with various models being touted for release over the next couple of years including a new “Z90”, 2nd generation Z50, 3rd generation Z6 and Z7 bodies, a Z8 in between those and the Z9 and new Z f mirrorless follow up to the Nikon Df DSLR.

Well, the original creator of this chart reached out to Nikon Rumors to confirm that it is completely made up. The original creator tells NR that the chart is something he’d initially created for a forum post back in 2009, with a summary of Nikon’s interchangeable lens cameras so far and a wish list of sorts for future camera release predictions. The list that seems to have gotten everybody in a frenzy looks like this: 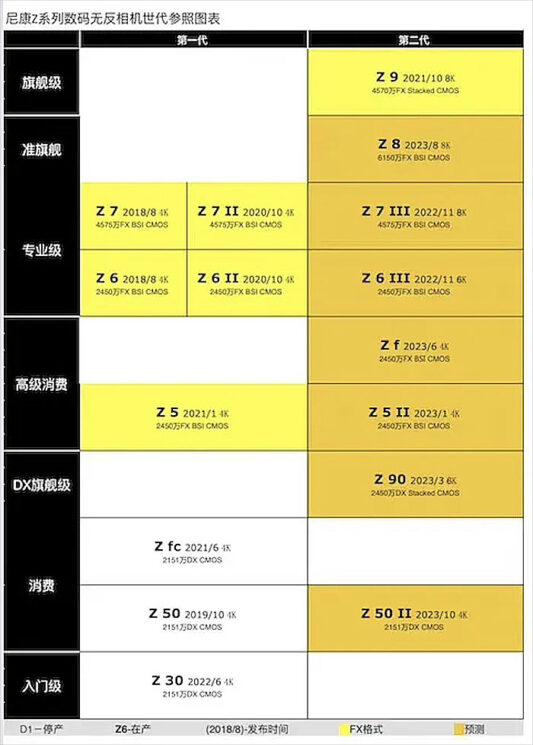 The list has obviously been maintained over the years since it was initially started in 2009. After all, there was no telling at all that Nikon was even thinking about mirrorless back then. In fact, nobody was really even thinking about mirrorless back then. Well, except for Panasonic, who released the Panasonic Lumix DMC-G1, the first commercially marketed interchangeable lens mirrorless camera, in Japan in October 2008. The list’s creator told Nikon Rumors:

I don’t know where you got it from. It’s from my forum thread dated back to 2009.

It’s not supposed to be a roadmap, but rather a summary of all Nikon interchangeable lens cameras, and my wishful predictions of future products.

And attached is the latest chart.

This is not real Nikon Z ro… by NikonRumors

Even though the list is not a real Z roadmap from Nikon, it does look very intriguing. It wouldn’t surprise me if its guesses weren’t too far from the truth – even if some of the future dates might be a little off. After all, Nikon still hasn’t fully replaced all of their DSLR body product lines yet. Most of them have, though.

The Z5, Z6 and Z7 lines are generally considered to be continuations of the D6x0, D7x0 and D8x0 lines respectively with the Z30 and Z50 models replacing the D3x00 and D5x00 bodies. The D7x00 series nor the Dx00 (D100-D500) DX APS-C format DSLRs have yet to be replaced. Maybe we’ll see something now that Canon’s finally released the EOS R7 follow-up to its 7D DSLR product line?

As for the Z8… That would be something brand new to Nikon’s camera lineup. There’s no DSLR that sits in between the D850 and D6 flagship cameras. If the Z8 ever became a real thing, it would be interesting to see exactly how that would stack up in between the Z7 and Z9 series bodies in terms of features and price.

Whatever’s going to happen, this list isn’t really it. It’s not from Nikon and the creator of it admitted so. But Nikon, if you’re listening, if you do release a Z90, make sure it has a wired remote trigger socket – you know, like you did with every single Nikon APS-C DSLR and precisely zero Nikon APS-C mirrorless cameras so far?