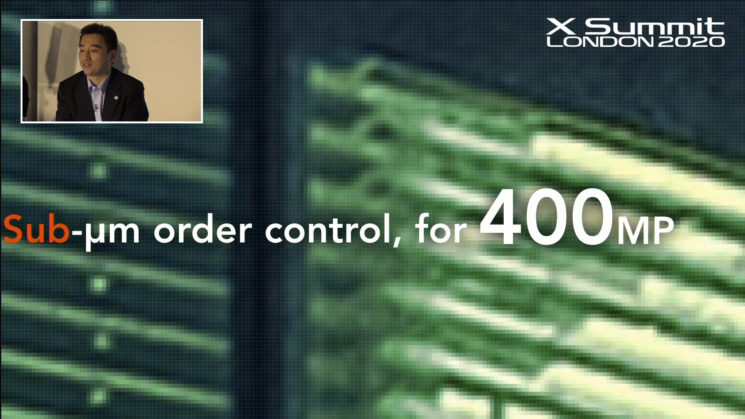 Fujifilm’s X Summit in London happened yesterday, which kicked off with some talk about their GFX medium format mirrorless camera system. After talking about some new and upcoming lenses, like the recently announced GF 45-100mm f/4, Fujifilm announced that they’re planning to introduce a 400-megapixel “pixel shift” mode to the Fujifilm GFX 100.

After the new GF 45-100mm f/4, Fujifilm Senior Manager, Shin Udono, officially added two new prime lenses to the GF lens roadmap; The GF 80mm f/1.7 and the GF 30mm f/3.5. Both lenses are still in the development phase, but some more information was provided during the presentation. 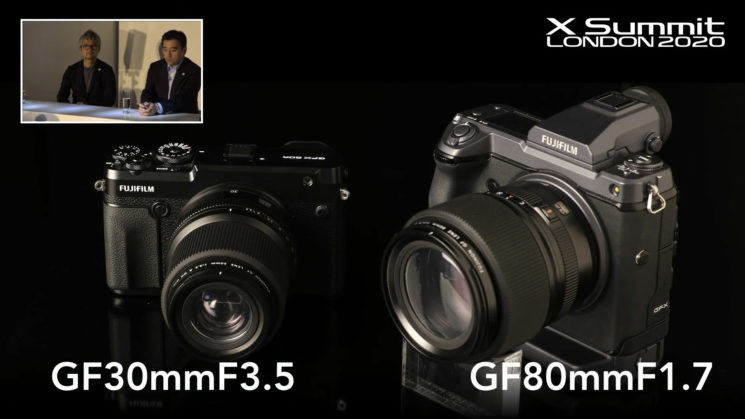 The GF 80mm f/1.7 is geared towards portrait shooters, offering an extremely sharp image and smooth bokeh. Mr Udono compared it with the GF 110mm f/2 but said that it would be difficult to pick a clear winner between them.

The GF 30mm f/3.5 is aimed squarely at landscape photographers, offering a field of view equivalent to about a 24mm lens on a “full-frame” body. While it’s not a super-fast lens, you’re generally not going to be wide open for landscapes anyway. You’re going to be parked on a tripod around f/8. Mr Udono said that the lens will offer very sharp results with minimal distortion. 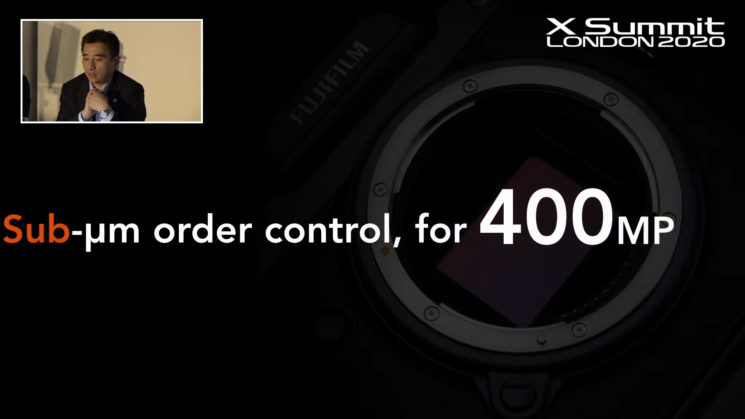 Of particular interest, though, was the announcement of new features being added to the Fujifilm GFX 100 through firmware updates. While they didn’t go into too much detail on their plans, Mr Udono did say that Fuji’s working on “Sub-μm order control” for pixel shift technology that would allow the GFX 100 to shoot 400-megapixel images.

An update was also provided on the 50mm f/1.0 XF lens for the Fuji X system, along with some information about its optical design. Originally, it was planned to be 33mm f/1.0, announced way back in September 2018, but was deemed to be too large of a lens to be practical. Despite the change in focal length, it would still be the world’s fastest aperture autofocus lens once it comes to fruition (assuming nobody beats them to the punch). 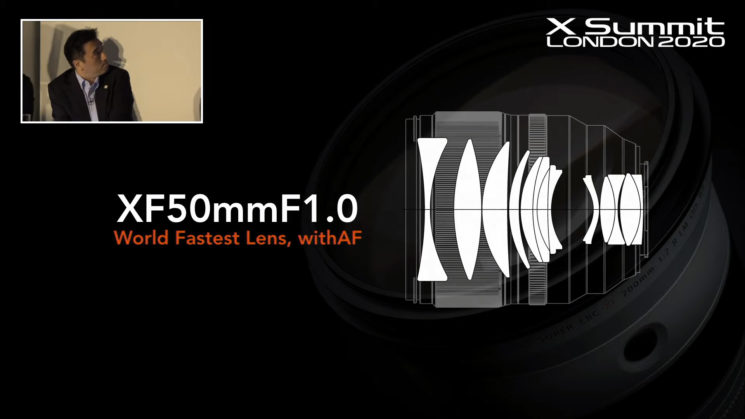