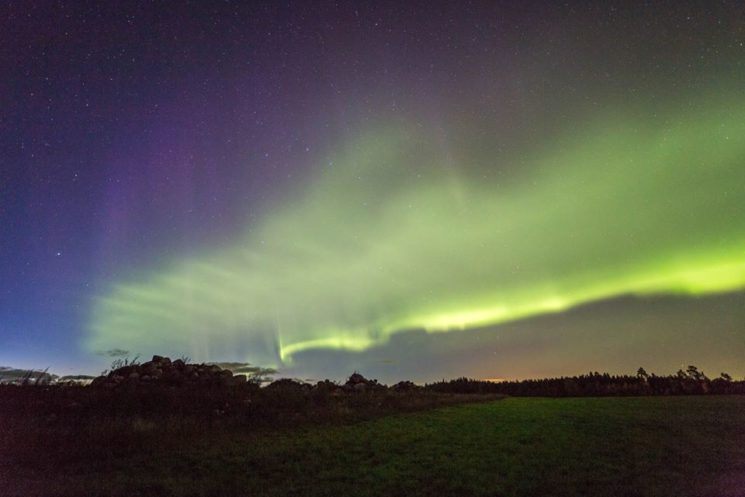 The Northern Lights are on many people’s bucket lists. The celestial phenomenon occurs in the upper levels of our atmosphere. We’ve long sought explanations for these beautiful lights, and extensive research has come up with many answers. We thought we had it all covered until something strange happened. Recently, in Finland, a scientist discovered a new type of Aurora.

Each Aurora we see has a classification, it makes it easier to describe. For example,  these ripples and waves of light got a cool-sounding label like ‘corona’, which describes an Aurora straight above us. The one that appears as if it’s falling straight down. This new observation, labelled ‘dunes,’ was discovered by citizen-scientist Pirjo Koski and her team in Finland.

The University of Helsinki got a team together back in 2018 when this new Aurora was discovered. The team named the discovery ‘The Dunes’ because of the wave-like pattern they create. This pattern differs from other Aurora patterns. To explain this particular formation, one must understand what causes the Aurora in general. I wrote an entire book, The Complete Aurora Guide for Travellers and Photographers, which fully explains it. Here’s a condensed, quick-start guide for DIYP readers:

The Earth has two poles – North and South. They work just like a magnet. Another effect of the poles is a magnetic field around the Earth, protecting it from things in space.

The Sun, on the other hand, doesn’t have two poles because it doesn’t have a stable, central core like Earth. Instead, it has magnetic fields all throughout its mass, which is constantly moving. The matter in the Sun, comprised of Helium, is not liquid or gas. It’s plasma, somewhere between the two states of matter.

The plasma that comes towards the Earth interacts with our magnetic field and is largely pushed away. Some of the plasma comes into the poles because of the magnetic charges. The particles hit other particles in our atmosphere and exchange energy. The expelled energy is emitted as light. Voila, the Northern Lights. There’s more to it, but that’s the gist.

What differs with the dunes, is that the lights occur in a Mesopheric Bore. This is the result of airflow trapped between layers of our atmosphere. When the Earth receives the particles from the solar wind and they subsequently fall into a Mesopheric Bore, they become charged at this point and light up. This is merely a visualization of the Mesopheric Bores.

To gather more information on the dunes, stargazers gathered at various locations until they were seen again. A few nights later the dunes appeared once more. Their position was plotted using surrounding stars as reference. The dunes were recorded as being 60 miles (97 km) above the Earth’s surface. This level is right between the stratosphere and the thermosphere, and is the coldest point in our atmosphere.

Personally, I am addicted to the Northern Lights. I get to the Arctic as often as I can to try and catch a glimpse. I reached out to the photographer who caught the dunes, Pirjo Koski, to get some insights. Here’s what she said, and some more of her dune photos, exclusively for DIYP: –

It is exiting living under the Northern Lights! Laitila is in Western Finland, so it is a perfect location to see the dunes. We have witnessed many strong and awesome displays of the Northern Lights. Dunes are a totally new thing, as we know, and are a phenomenon which have been seen around 8-9pm local time. It is nice to think of the dunes as a ‘Southern phenomenon.’ Maybe they are easier to catch in southern Finland, which is so cool! 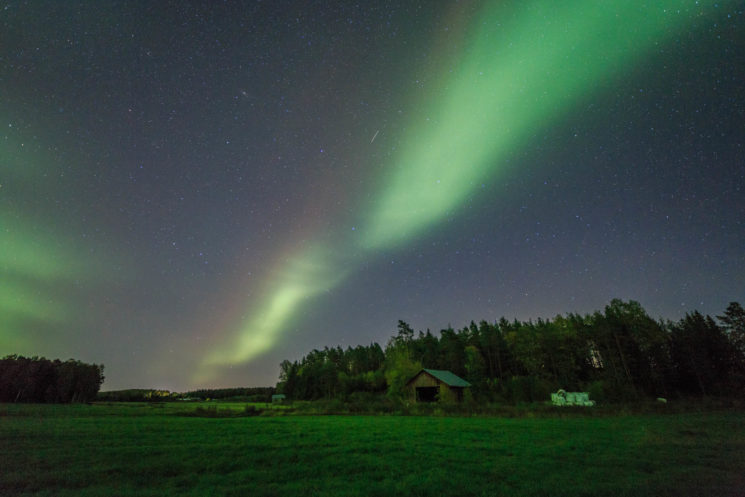 The magical feeling of seeing the Northern Lights doesn’t ever go away. Nothing remains the same after dunes. Every display is different, and that makes the Northern Lights so exciting. You never know what might happen and what you’ll see. All you must to do is take your camera and go outside. And keep wishing that clouds stay away! 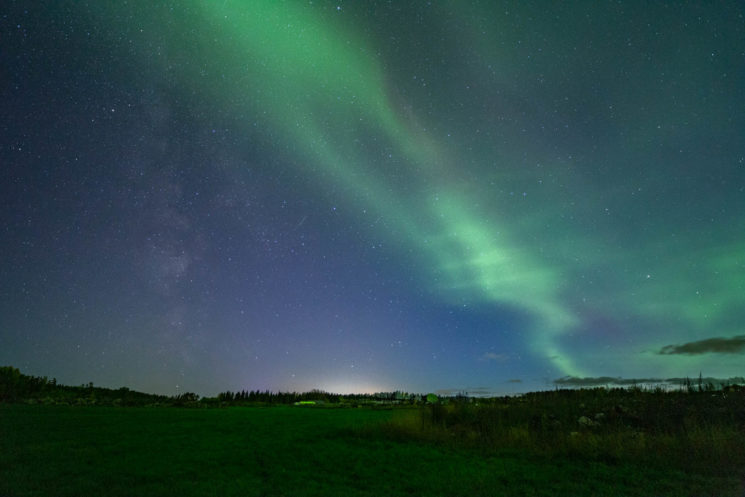 Discovering a new classification of Aurora is a once in a lifetime experience. Nothing can beat it. I guess it’s not normal to get witness  about 7 dune displays in Finland, which happened to me. 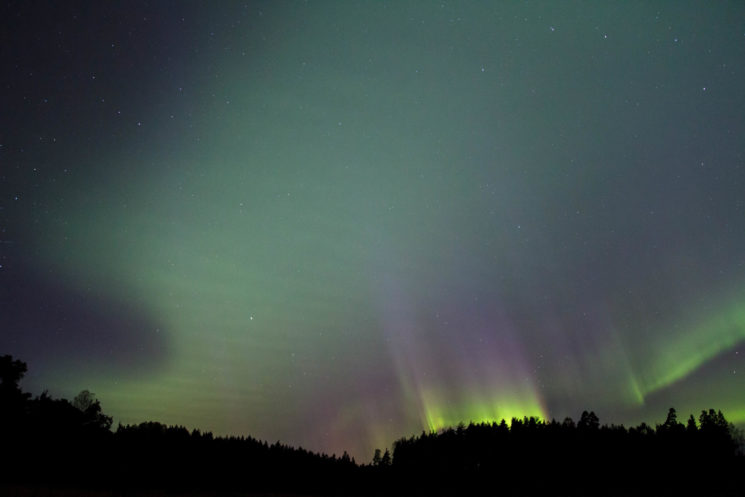 I have been incredibly lucky, because most hobbyists have never seen dunes before, except photos in Taivaanvahti – which is the trigger to all of this. Taivaanvahti is an observation system maintained by Ursa. Available observation categories consist of different astronomical and atmospheric phenomena. Everyone can participate in the citizen science projects by sending in their observations. 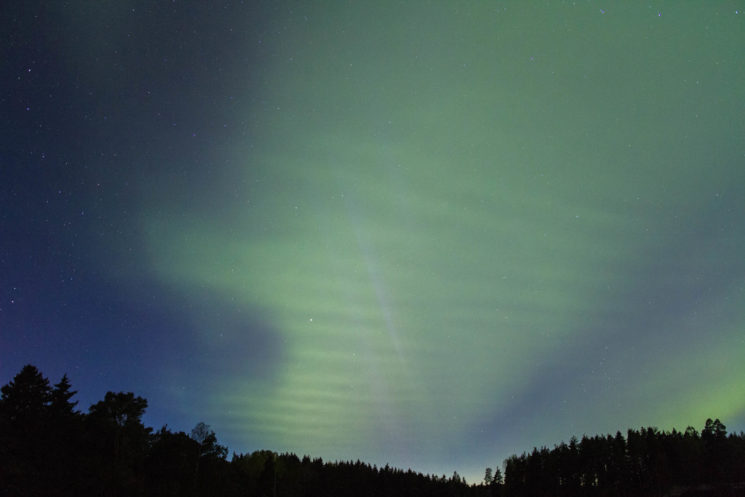 Team Dunes has been part of my life for the past 18 months. It’s been great fun and the story of discovering the dunes is long and interesting, and full of weird and exciting events. In 2015, Mikko Peussa raised awareness of the striped Aurora in the amateur astronomer community. Together with Matti Helin, we were among the first lucky people to capture the dunes. Our interest immediately spiked. During the second major dune event in 2018 Minna Glad, another Aurora chaser, immediately captured the interest of researchers by highlighting the phenomenon.

There are lots of tour companies and guides taking advantage of Northern Lights chasers throughout the North. They can be seen in Canada, Iceland, Greenland, Alaska, Russia, Sweden, Norway, and of course, Finland. To see such a rare event as the dunes would be really special. If you intend to seek out Lady Aurora, wrap up warm, and good luck!

Comedy Pet Photo Awards 2021 is open for entries; here are some unseen photos to inspire you