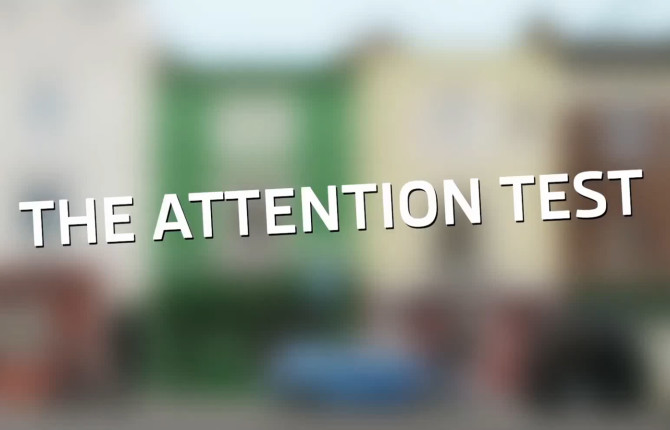 If you’ve seen the invisible gorilla experiment you already know how oblivious to details we can be, even when something is right in front of us.

A brilliant new video commercial by the Czech car manufacturer uses the same principals of selective attention and seems to work even on people who know what they’re watching.

Photographers deal with including (or excluding) details on a daily basis. This leads many to believe they have an exceptional ability to notice details that others don’t.

It’s time to test just how attentive you really are.

“Inattentional blindness, also known as perceptual blindness, is a psychological lack of attention and is not associated with any vision defects or deficits. It may be further defined as the event in which an individual fails to recognize an unexpected stimulus that is in plain sight”.

That’s Wikipedia’s definition for what’s about to happen to you. Yes, even though you’ve been informed in advance.

Watch the video carefully and see how many of the details you can spot:

Skoda’s video follows the same concept as one of psychology’s most famous experiments – the invisible gorilla.

For those who have not seen the invisible gorilla experiment, here it is:

The experiment, which became a worldwide hit so I have no idea how you managed to not see it until now, was conducted in 1999 at Harvard University. While it was not the first of its kind, its immense popularity led to it becoming the poster child of inattentional blindness.

So, how did you do? Are you the grandmaster of detail who doesn’t let a fly in the frame go unnoticed or are you the type who doesn’t notice the bride is crying as long as her face is in focus? Let us know in the comments how many of the details you noticed and which you missed.