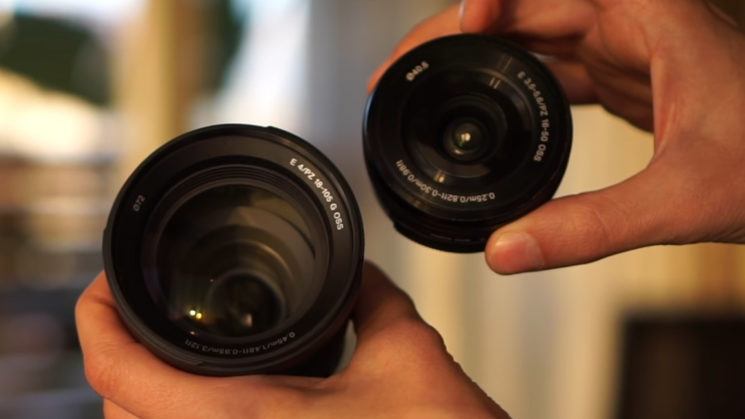 Many interchangeable lens cameras these days come with some kind of kit lens. Something to get you up and running, shooting as quickly as possible, without having to immediately spend more money. Newer photographers who don’t already have a big stack of lenses often face a bit of a challenge. There are questions that can be difficult to answer. The biggest of which is whether or not the more expensive lenses are worth the price tag.

While not one of Sony’s highest end lenses, the 18-105mm f/4 G OSS lens is very popular. It covers almost all of the range of the 16-50mm kit lens that comes with their A6300, and goes much longer as well. But is there a massive difference in quality? In this video from YouTube channel, TechnologyMafia, we see the two lenses shot side by side for some real world comparisons.

The immediate thing you notice about the two is the size. One is teeny tiny, and super light. The other is much larger and substantially heavier (116g vs 427g). This is one of the factors that many don’t think about. Due to weight being one of the main reasons people switch from DSLRs to mirrorless, though, it’s definitely an important factor.

Both lenses feature power zoom, optical steady shot (Sony’s version of image stabilisation), and both have metal mounts. But what else does your money get you aside from extra cost and weight?

Well, the two main things are the extra reach you can get and the constant aperture. Being able to get to 105mm on a Sony APS-C body means you can zoom in a lot closer to distant subjects. The constant f/4 aperture also means that if you’re shooting wide open, your aperture isn’t going to change as you zoom. 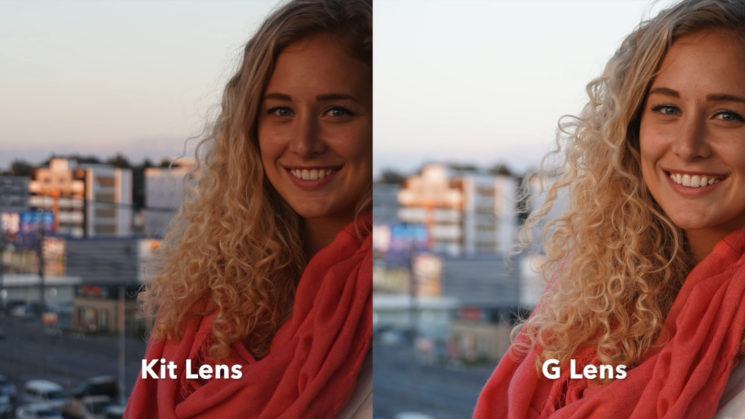 The 16-50mm kit lens is f/3.5-5.6. So, as you zoom from 16mm to 50mm, your lens’s aperture is getting smaller automatically. This can mean you can end up with more depth of field that you really want, and it can also throw off exposures if you’re not careful. 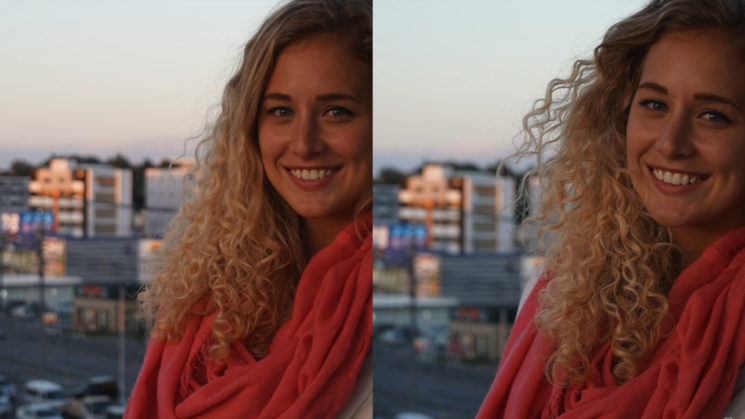 Even when the two lens apertures are matched at f/5.6, you can see subtle differences in how the out of focus background areas are rendered.

If you don’t need that extra reach of a longer focal length, and you’re fine dealing with a variable aperture lens, how do the two really compare? Is there a big difference in image quality?

The short answer is, it depends. Most kit lenses are as sharp as the expensive high end ones costing 5-10x as much if they’re stopped down to f/8. But when shooting at the maximum aperture, more expensive glass often yields vastly superior results. There’s (usually) less distortion, less colour fringing and chromatic aberration, they provide better colour & contrast, and they’re sharper. The video above shows some examples of these things. 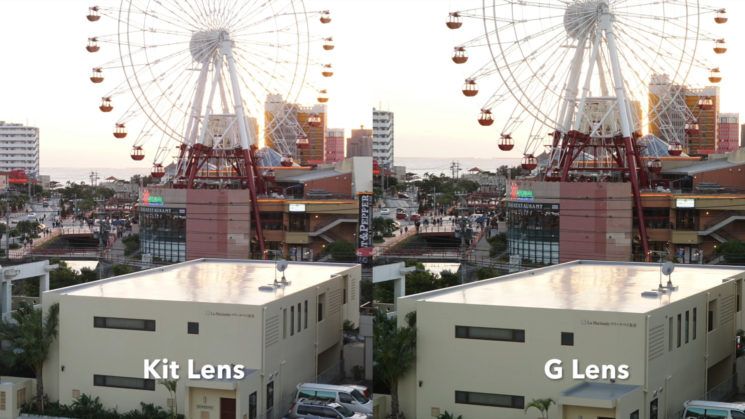 The thing with more expensive lenses is that they’re usually better at the extremes. At wide open apertures, and the extremes of their zoom ranges, there are noticeable differences. But, for many people, those differences don’t always outweigh the cost.

Ultimately, whether you stick with the kit lens or upgrade to something else is going to depend on your needs. If the 16-50mm offers you the range that you need, and you’re happy with the results it provides, then it may not be worth going to the expense of buying something different like the 18-105mm. On the other hand, if you want a little more reach, shallower depth of field beyond around 28mm, and don’t mind the extra weight, it may be worth switching.

If you’re thinking about Sony’s new A6500, then this is a choice you may not have to make, as the 18-105mm f/4 seems to have become the new “kit lens” for this particular camera.

Are you still shooting your kit lenses? Are you happy with them? Or are you looking for something to get around issues you’re facing with them? What are those issues? Have you already replaced your kit lenses with something higher end? What did you get? Was it worth the cost? Let us know in the comments.

How To Upgrade A Canon Lens

Upgrade Your iPhone With An APS-C Sensor And f2.0 Lens Simply By Sliding It Into This New Case

« 30 years later: Exploring Pripyat in the Chernobyl Exclusion Zone and shooting only with iPhone
Dead body discovered during factory fashion shoot – group carried on shooting then went for pizza »