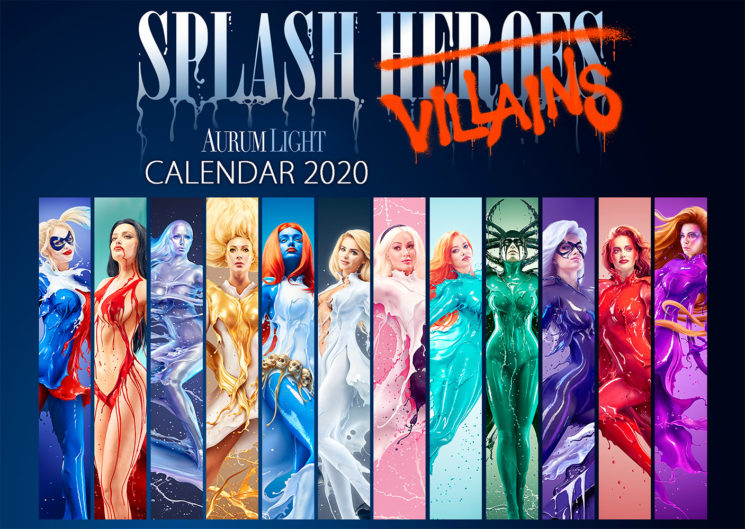 I’ve been following Aurum Light’s “milk dress” photography for a few years now. It’s an amazing technique that’s been imitated a bunch, but nobody else really seems to make it stand out in the way photographer Jaroslav Wieczorkiewicz and his team do. And he’s able to do it consistently, too, regularly pumping out new work and it always has that same impact.

This time, though, I think he’s really outdone himself, with the “Villains Edition” of his Splash Heroes calendar for 2020. 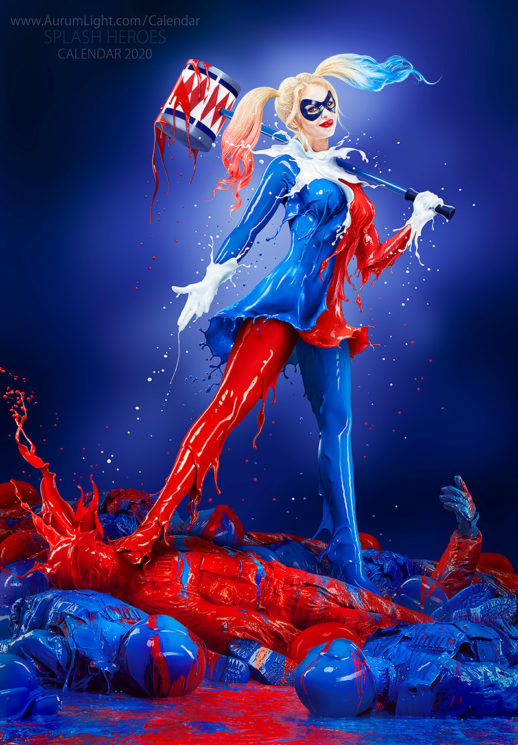 The idea of Splash Heroes, showing superheroines with outfits made of liquid was first launched in 2014, and released as Aurum Light’s 2015 calendar. This time around, he’s taking on the super villainesses. including Harley Quinn, Hela and other baddies you might recognise. 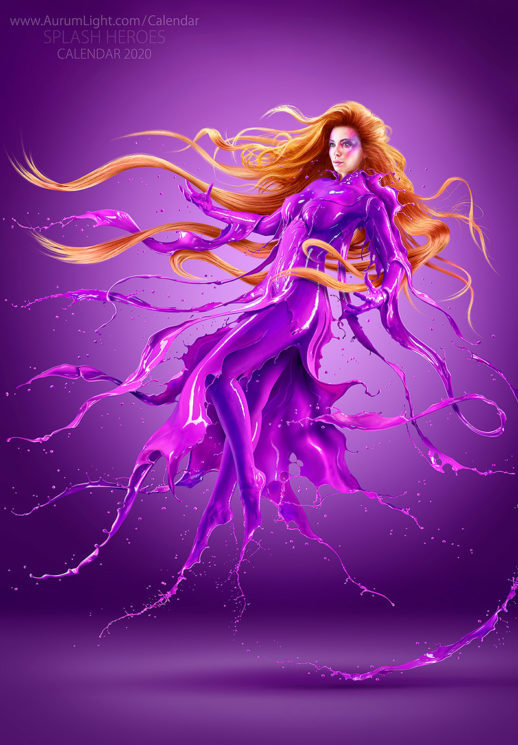 It’s been a few years since Splash Heroes initially appeared, but it’s most certainly not lost its edge, showing a wide array of amazing vibrant images, and liquid outfits that actually look believable. Jaroslav says that around 100 gallons (450 litres) of liquid were used to make the camera, consisting of just paint and water. 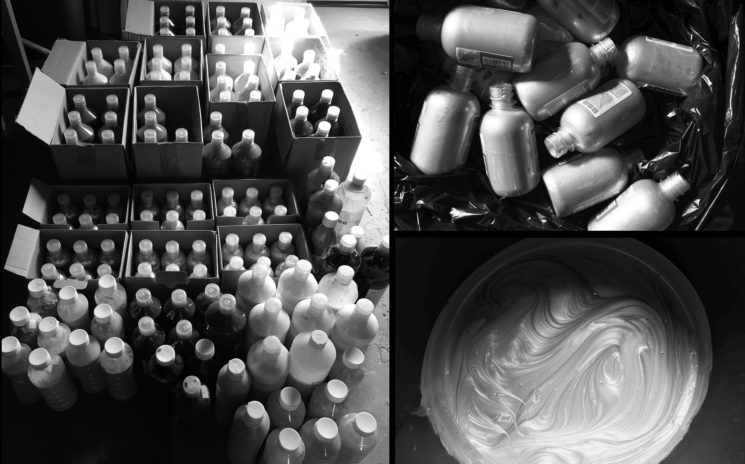 The project took a while to complete. In all, it took 8 days of actual shooting time over the course several months. The first shoot happened back in May and the final session was created during one of Jaroslav’s Splash Workshops in October.

There is something that fascinates me about villains… It is probably the fact that among other things they simply cause chaos and give things to do to Heroes. Without the first group there wouldn’t be a need for the second – in our case making the SplashHeroes five years ago was an action simply waiting for a reaction and it is happenning this year! 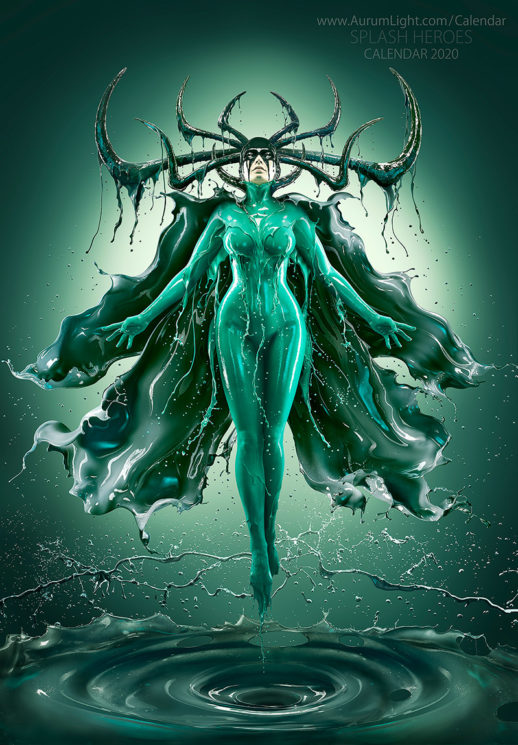 Special wigs were created for the project, by Katrina Bets, with whom Jaroslav worked on the first Splash Heroes series. Six models, with whom they’d also worked before, were used to create the 12 images. 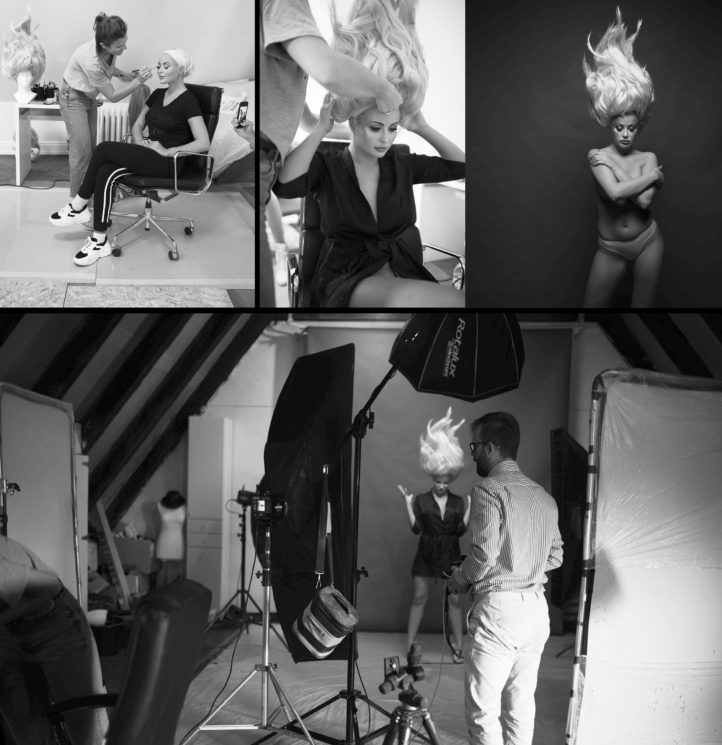 As well as the wigs, a number of unique custom props had to be made, too. After all, you can’t just go and buy a Hela’s horns or a bunch of skulls in most local high streets. Not to mention Harley Quinn’s giant mallet. 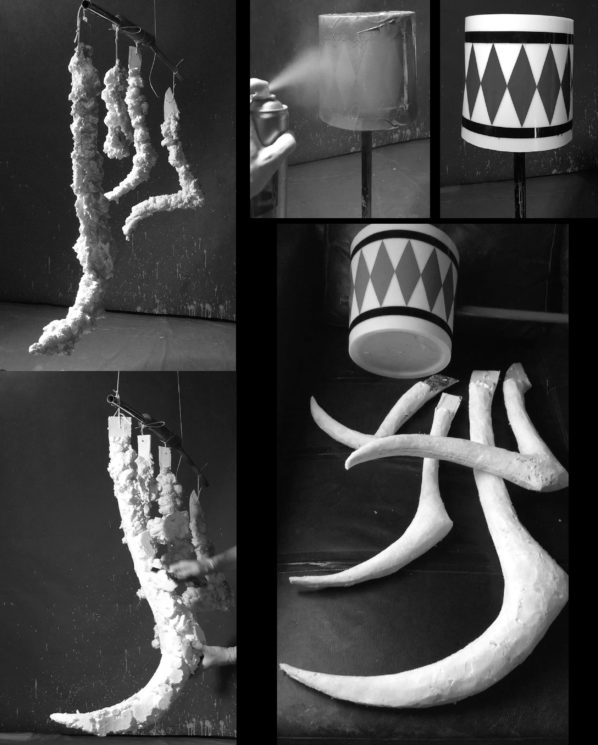 Finding the right models can be a struggle for a project like this. Jaroslav says that models are generally very patient people, used to shooting many takes to get the shot in a studio surrounded by a lot of people. But they’re not necessarily familiar with the characters they portray, which can be difficult for them to get in-character and portray them accurately. But then, those who are into cosplay and understand the character don’t often make the best models. His challenge and goal was to find people who sit somewhere in between these two worlds. 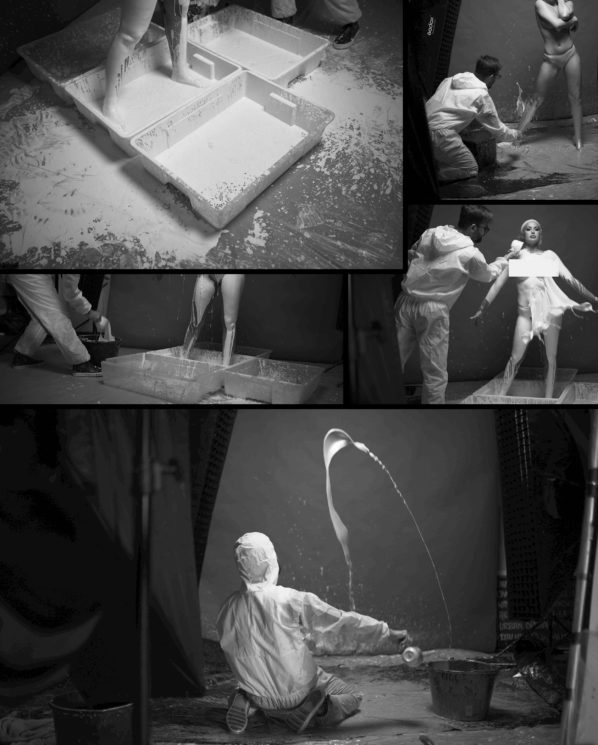 Although the final complete set of images is definitely something special, it must be a hell of a fun if challenging experience to actually shoot something like this. That feeling when the final image all comes together and everybody can see their hard work (and long hours) paying off… That must be one hell of a rush. 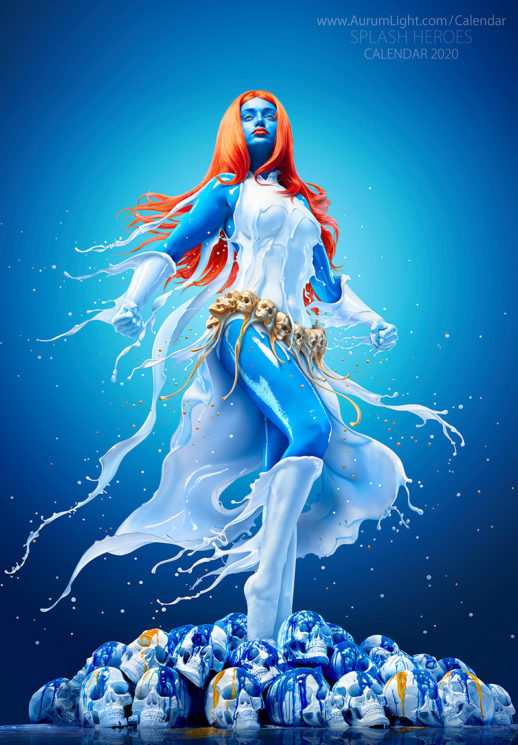 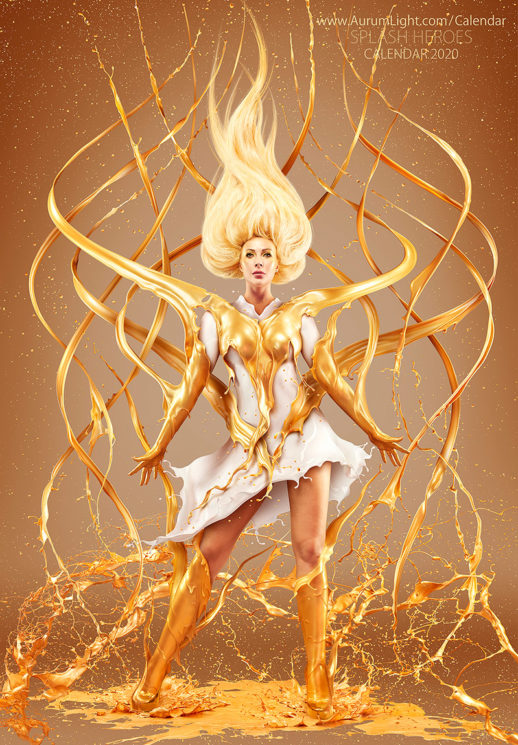 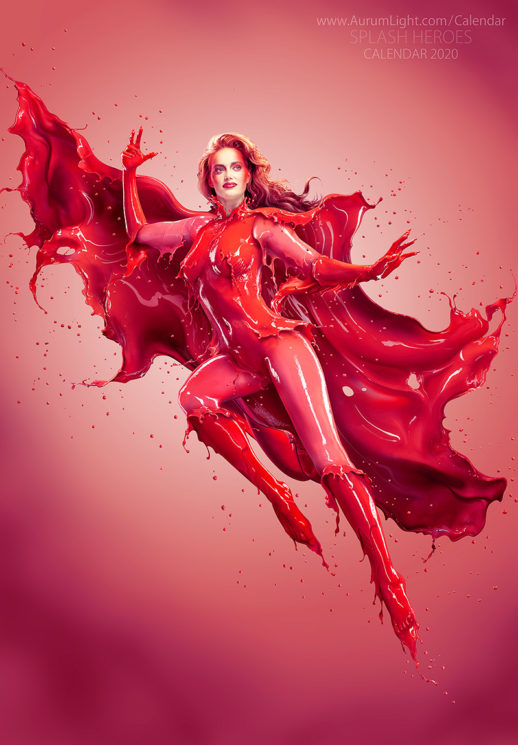 You can see the complete set of images over on the Aurum Light website, where you can also buy the calendar for yourself (or as a gift for that superhero fan in your life). They’re 480x330mm in size, and each one is a numbered limited edition, hand-signed by Jaroslav.