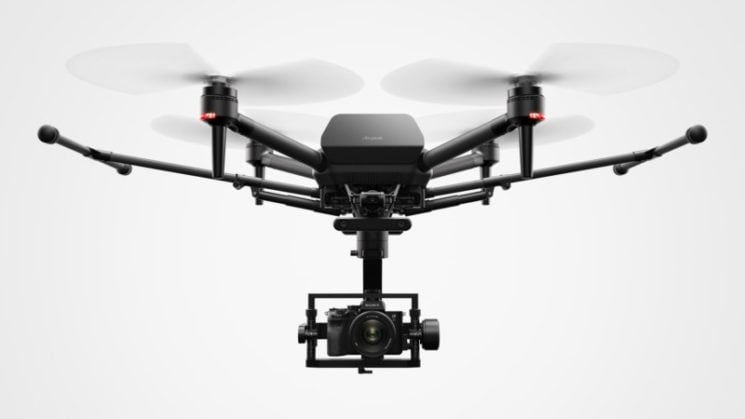 Sony’s new Airpeak drone system, first announced in November 2020, sees some new developments coming out of CES 2021 as Sony unveils a first look at the new drone, teasing some of its features and benefits. Sony says that the goal of the Airpeak brand is to further develop today’s drone technology while kicking things up a notch for professional creators.

The initial offering, which Sony describes as “the first phase of this project”, will see Sony launch a new business targeted for professional photography and video production during spring of 2021 to go along with the first new drone. And, perhaps not surprisingly, the drone is designed to carry Sony’s Alpha mirrorless cameras.

As well as the teaser video above, Sony also posted a video showing some behind the scenes using Sony’s new Airpeak drone to film a road test for their equally-as-anticipated VISION-S car. The footage, naturally, looks pretty great, because it’s being shot on a (probably full-frame) Sony mirrorless camera with a high-end lens and not the typically small sensors found in built-in cameras on most drones.

While the specs of the drone have not yet been released, including its dimensions, we can get a rough idea in our heads given the size of the camera mounted to it. This isn’t a tiny little consumer drone by any means – although that does not mean they won’t be coming at some point, too. But initially, Sony’s offering is targeted well and truly at the professional user.

It makes sense for them to target this market. In the grand scheme of things, it’s “mid-range” and DJI’s offerings don’t really serve this market all that well. Sure, DJI has some decent drones, but you’re usually either forced to use their cameras (as is the case with the likes of the Mavics and Phantoms) or you’re paying Hollywood production prices for a higher-end Matrice (and a Ronin to bolt onto it) designed for big hefty cinema rigs.

Sony hasn’t said what other brands of cameras the drone may support, if any, not any information about flight time, speed, remote control & monitoring abilities or much of else, at all, really. But we do know that Sony plans to kick the thing into full swing at some point during spring 2021.