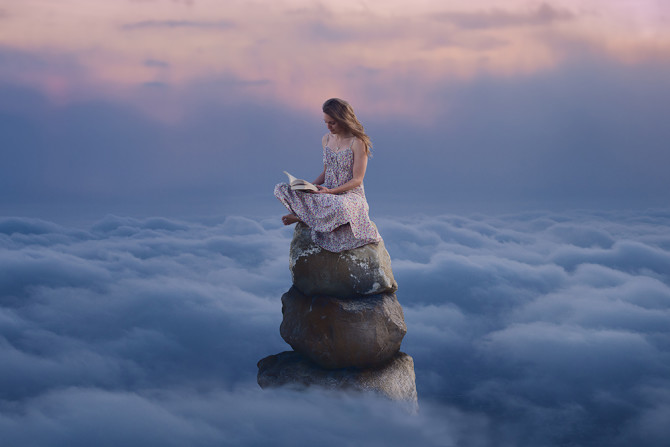 Ah, “photography”, you loosely defined word that everyone seems to have their own definition of. It’s amazing how polarizing you can be, isn’t it?

And one of your most polarizing aspects seems to be exactly how much retouching is considered reasonable. Purists claim no retouching of any kind is allowed (then they usually reference Ansel Adams, which is quite ironic considering the amount of dodging and burning he brought to the field), while others gladly accept Photoshop as a regular part of their photography tool-belt.

In general though, there’s a viewpoint around the photography community, that too much Photoshop is a bad thing. That it destroys photography as we know it, and those who retouch an absurd amount should be banned or beheaded or at least mildly reprimanded (depending on which Facebook group you happen to be in). But before we all start gathering our pitchforks, can we maybe examine this concept of over-retouching for just a second?

First of all, let’s all admit that the term “over-retouching” is pretty specific to the type of photography in discussion. In photojournalism or documentary style photography, even the slightest adjustment in Lightroom may be completely off-limits, yet for someone such as myself, who makes a living on work that admittedly straddles the line between photography and photo-manipulation, the definition of “too much” is entirely subjective.

And speaking of subjectivity, this brings me to my second point: we each have a preference for a particular editing style. I, for example, am not a huge fan of HDR. Actually let me rephrase that: I loathe the use of HDR. I can’t stand it. Out of 1,000 examples of what would be considered “well done” HDR, I’d only admit to liking one or two photos…and that’s strictly on the occasion that the photographer whose photos they were was standing right next to me and I didn’t want to completely crush his soul. But I’d be lying, because no matter how far down I dig, I just can’t bring myself to like HDR treatment of photographs.

However, as much as I hate this particular editing style, that doesn’t mean it should be banned from ever being used. It doesn’t mean I should be breaking down other photographers simply because they do enjoy it as an editing technique. If anything, it only means that I won’t be using HDR anytime soon on my own photographs. It’s a personal preference and nothing more. 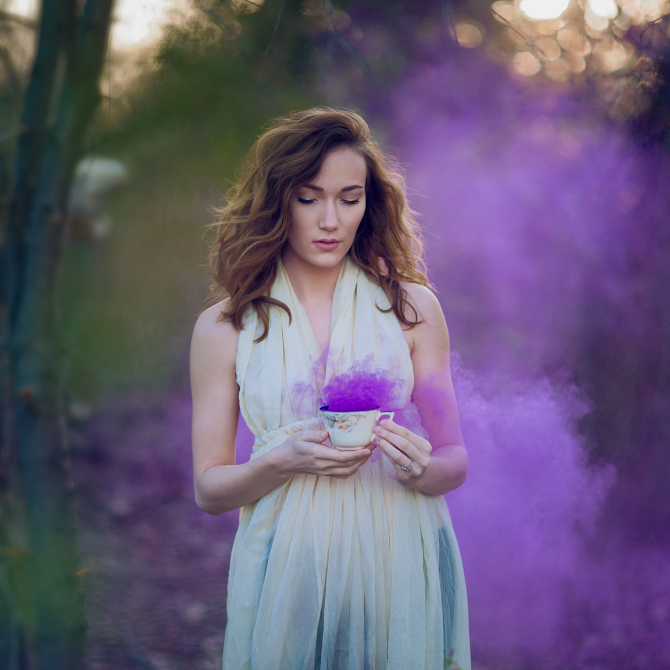 Lastly though, the real issue I have with such hateful rhetoric of “over-retouched” photos is this: doesn’t everyone start off with a little too much adjusting?

Granted, if you started in the days of film and you didn’t have your own darkroom, it was probably pretty tough to manipulate anything in post-processing. But let’s talk about the 21st century, when most new photographers started out with access to both a camera and at least a decent version of Photoshop or Lightroom. Didn’t we all go a little crazy in the beginning?

I know I did. I was burning up those saturation and clarity sliders. Everything needed to be brighter! More color! More contrast! More, more, more, MORE!! (Cue evil, maniacal laughter here.)

My early work, like so many other photographers, was awful. I wasn’t experienced enough to be able to see color casts or recognize the breakdown of color information from over-manipulation. My skin tones were severe and unnatural…and I had no idea. I tried my hardest to get the best possible shot in-camera, and then adjusted however much I needed to make the photo “better” in post…or at least what I thought was better. Looking back though, everything looked pretty damn…well…amateur (in fact, if you scroll to the bottom of my Flickr account, you can see exactly what I’m talking about – I haven’t taken one photo down since the beginning).

People tried to help, but their feedback fell on deaf ears. It wasn’t that I was trying to be stubborn; I honestly just had no idea how to tell the difference between good and bad photography, and I simply couldn’t understand their critiques. They said the skin tones were bluish – I couldn’t see it. They said the vignette was too strong – I didn’t know what a vignette was. In short, I was exactly like the vast majority of the general public, because in terms of photography skills, I wasn’t a photographer yet. I was still a member of the general public…except with a camera in my hands and Photoshop at my disposal.

As embarrassing as it is to look through my early photos, I’m glad I spent the beginning of my career in the “overly-retouched” category, because it was the only way I was able to learn. All of that experimenting brought me to where I am now, where I rarely, if ever, use the saturation slider. My editing style leans towards a much softer and much more natural aesthetic – especially the more I shoot film. 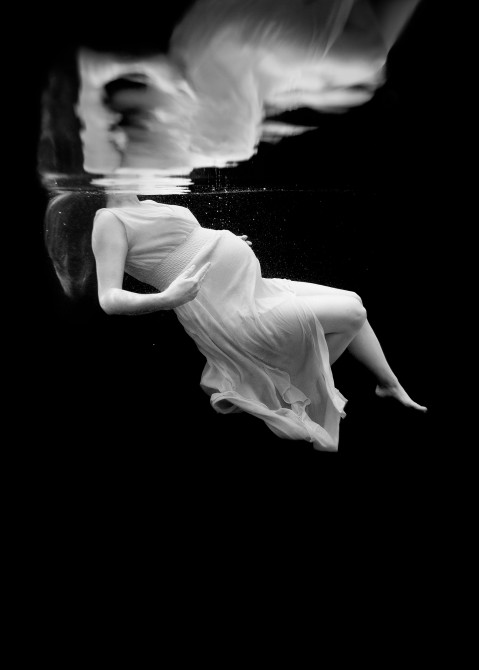 Looking back though, if people had consistently destroyed me for my use of over-retouching, I may have completely avoided Photoshop altogether and I wouldn’t have learned near the amount of useful information I know now.

Therefore, after all this examination, I raise the question: why the constant bashing of overly-retouched photos? Either it’s overly-retouched according to your own personal preference, in which case your bashing serves only to prove your own photography superior in some conceited way, or the retouching really is awfully done, in which case it’s probably a new photographer simply feeling out their own editing style, and your bashing serves…well the exact same purpose.

So can we call a truce? Can we just admit a few simple points here:

1.) Every photographer has a different editing style, some that we find pleasing and some that we don’t. If someone’s editing style doesn’t match your own preference, certainly you can agree to disagree in a somewhat respectful manner, right?

2.) Some photographers simply haven’t reached the point in their development when they’re able to recognize their own over-retouching, in which case surely it’s possible to still offer them help without completely crucifying them for it as well?

3.) We were all there too at some point. None of us started out with perfect shots straight out of camera and we certainly didn’t have the perfect editing skills to accentuate the decent shots we did take. We’re all probably a little embarrassed to go through our own early work, and mocking other photographers because they might be in a different stage of development than you is really a pretty dick move overall, agreed?

I sure hope so. Because I really don’t have a problem seeing a cluster of poor, “overly-retouched” photos scrolling through my news feed from a new photographer excited about learning how to dodge and burn for the first time. Are they probably grossly overdone? Of course they are, but I’m sure we all overused the dodge and burn technique just as much the first time we learned about it too. It does bother me though, to see a collection of pompous, bitter “professional” opinions about how honest editing mistakes and experiments are destroying the industry. For the love of Ansel just let people play around and find their style, and in the meantime, remember where you came from and don’t be such an ass about someone else’s journey.

But that’s all just personal preference, of course ;).

Jenna Martin is a conceptual photographer from Billings, MT. She specializes in creating alternate, dream realities through photographs. She also provides online training. You can follow her wonderful writings here, (or subscribe), her facebook here and her twitter here. This article was originally published here and shared with permission.

How to create flawlessly retouched skin with dodge & burn

« I Wrestled With Death Twice To Live For Photography
IKEA Hack – A $5.99 Foldable Laptop and Monitor Hood »